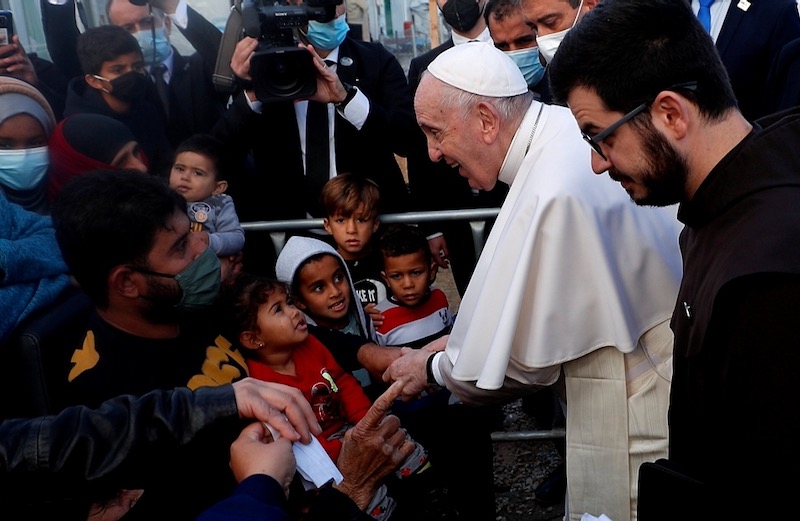 Nationality and Borders Bill 'a disgraceful attack on vulnerable people'

Members of the West Gallery choir are pictured in an undated photo performing at a church in Oxfordshire, England. Halsway Manor, in Somerset's Quantock Hills, has been a centre for English folk arts since the 1960s.
CNS photo/courtesy David Townsend

Through the heavy oak door of a 15th-century mansion set in a sweeping, frosty valley comes the sound of singing, backed by a mix of violins, concertinas and woodwinds.

“Almighty God, who hast given us thy only begotten Son to take our nature upon him – at this time born of a pure virgin.”

When Thomas Clark, a cobbler, composed his Christmas Day liturgical music around 1830, he probably never expected it would still be performed two centuries later.

Halsway Manor, in Somerset's Quantock Hills, has been a centre for English folk arts since the 1960s and includes “West Gallery” music by Clark and others on its annual Christmas program.

“Beneath the surface simplicity of some West Gallery settings, there's a depth of feeling not found in more expansive music from the period. It was central to people's lives and deserves historical recognition.”

West Gallery music originated with the restoration of England’s Stuart monarchy in the late 17th century, when local parishes were allowed to set up choirs and orchestras again after the rigours of Puritan rule.

Many parishes built special galleries at the western end of churches and, with no central direction, local composers began providing material.

The London Gallery Quire, part of the West Gallery tradition, performs The Holly and the Ivy at last week’s Christmas concert.

Much was complex, involving fugues and multiple harmonies.

And while flutes, bassoons, clarinets and oboes predominated, fiddles, cellos and basses were used, too, often accompanied by more exotic serpents, vamphorns and pitch pipes.

Between 1780 and 1830, at the peak of the West Gallery tradition, a vast array of carols and psalms were available to the weavers and farmhands who turned up to sing and play, often with basic skills gained in school or army service.

Some drew comparisons with the work of Henry Purcell or George Frideric Handel.

West Gallery songsheets spread across the English-speaking world, and some of the music is still performed in the United States as part of a shape-note singing revival.

But the choirs and orchestras had uneasy ties with priests, who sometimes viewed them as disruptive. After the 1789-1799 French revolution, some came under suspicion for republican agitation.

In the mid-19th century, as village traditions were eroded by the Industrial Revolution, England’s official Anglican Church demanded more formal church worship, with organs and surpliced choirs. The galleries were dismantled, and instruments and hand-copied sheet music were locked away.

Over time, the West Gallery repertoire was expunged from service orders, amid emotional scenes captured by writer Thomas Hardy in his 1872 Wessex novel, Under the Greenwood Tree.

In 1861, Hymns Ancient and Modern prescribed an official canon of carols and hymns. Dozens of local melodies used for classics, such as “While Shepherds Watched”, were shunted aside in favour of single standard tunes.

“Those coming from a religious background, meanwhile, think it's often too simplistic, although short anthems and settings often contain as much complexity and depth as longer pieces.”

This may be why England’s Catholic and Anglican churches have proved reluctant to embrace West Gallery music.

Things could be changing, however.

When England's Catholic Church was reestablished in the late 1800s, after centuries of repression, it helped revive the works of once-shunned Catholic composers. Some West Gallery performers wonder if the church could now also play a role in rehabilitating this great tradition.

“So long as we follow the lectionary, there's no reason why we couldn't perform carols, psalms and hymns in a different way. The Catholic Church could certainly look again at this rich music source.”

Though its composers may not always have mastered formal syntax, they produced music of a high standard, works of religious creation that brought people together and provided insights into contemporary joys and sufferings.

“Much of the repertoire consists of settings of metrical psalms, which were viewed at the time as very Catholic, these could be sung relatively easily,” Townsend told CNS. “Many West Gallery works would fit with this Catholic background, preserving the spirit of the music while updating its original sound.”

(If you want to know more about West Gallery music, or are even interested in singing in one of the quires, find the one closest to you via the West Gallery Music Association.)