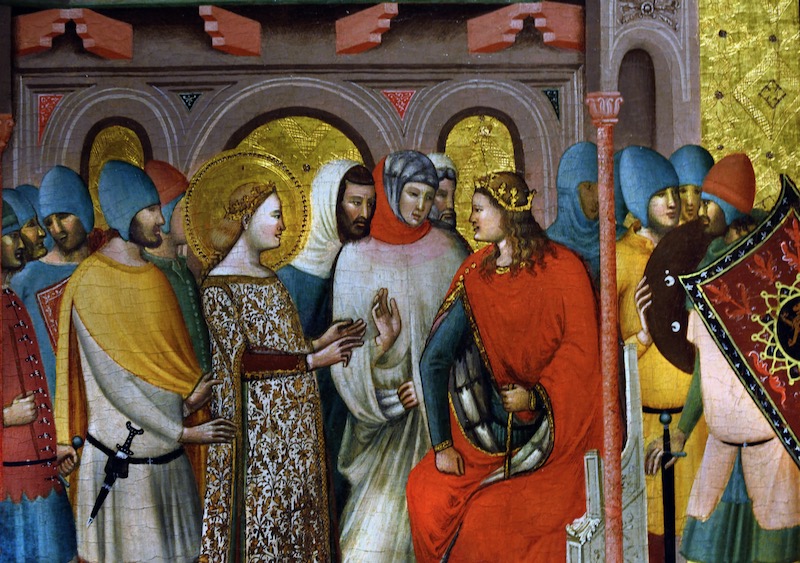 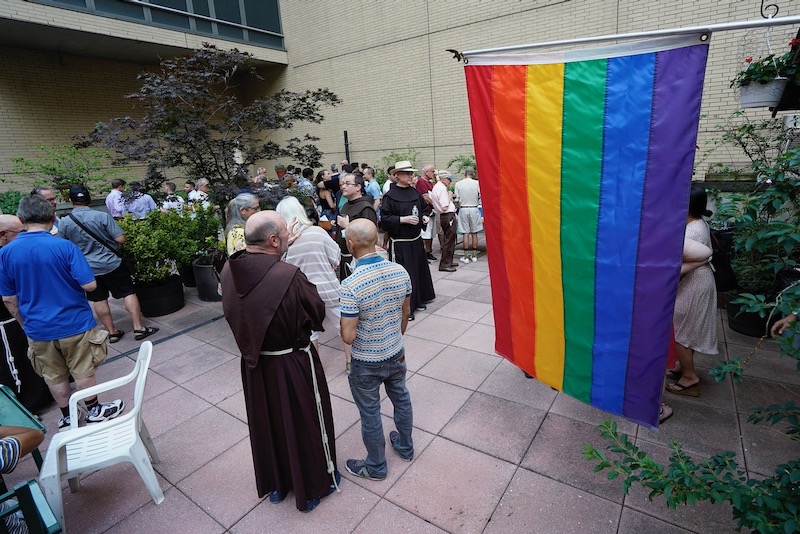 Franciscan friars of St Francis of Assisi Church in New York City and members of the parish's LGBT+ ministry at a reception earlier this year.
CNS photo/Gregory A Shemitz

Rome’s synod office has apologised to the LGBTQ community after a link to a group ministering to gay Catholics was removed from a website sharing resources about the global synodal process.

The move has been described as “unprecedented” as it is believed to be the first time a Vatican official has apologised to LGBTQ people.

Originally, the site had a link to the group New Ways Ministry, which works for greater acceptance and inclusion of gay Catholics in the Church. The link went to a webinar urging LGBTQ Catholics to participate in the synod process, but was then swiftly removed.

New Ways Ministry has in the past been censured by the bishops of the United States and in 1999 the Congregation for the Doctrine of the Faith “permanently prohibited” the founders from pastoral work involving gay people.

Pope Francis, however, has thanked New Ways Ministry for their work while describing one of the founders, Sr Jeanine Gramick, as a “valiant woman” who had suffered a lot for her ministry.

Thierry Bonaventura, a communications officer at the synod’s general secretariat, said he had “personally taken the initiative to de-publish” the post linking to New Ways and apologised for “the pain caused” by the decision. The link has now been restored.

He emphasised that the secretariat did not want to exclude “those who wish to carry out this synodal process with a sincere heart and a spirit of dialogue” and urged those groups who feel they are on the “margins” of the Church to share their experiences. The synod resources site also includes a link to the group “Discerning Deacons” who are seeking to advance discussions about a female diaconate.

“We appreciate that apologies are never easy to make. New Ways Ministry had not requested one, making this gesture all the more authentic. Vatican officials rarely apologise, and they almost certainly have never apologised to LGBTQ people or an LGBTQ Catholic ministry. This action signals that Vatican officials are becoming aware of how their decisions impact LGBTQ lives,” Francis DeBernardo, the group’s executive director said in response.

“This unprecedented apology from a Vatican office corrects the earlier mistake and amplifies, even louder, the welcome that Pope Francis has extended to LGBTQ people.”

Throughout his pontificate, Francis has sought to model a more inclusive and pastoral approach to LGBTQ Catholics, marking a distinct shift away from the harsh and condemnatory language used by the Vatican in the past. This has included describing homosexuality “as a more or less strong tendency ordered toward an intrinsic moral evil.”

Soon after his 2013 election, the Pope replied “who am I to judge?” when asked about gay priests, later explaining that he was simply paraphrasing the Catechism of the Catholic Church which calls for gay people to be treated with “respect, compassion and sensitivity”.

The 2021-2023 synod process, which was launched by the Pope in October and is begins in dioceses across the world, is designed to make the Church more participatory. The latest episode shows that it is already giving a voice to communities that have in the past been silenced or ignored, and points to a different style of leadership in the Church.

“In walking together, sometimes one may fall, the important thing is to get back up with the help of the brothers and sisters,” Bonaventura explained.