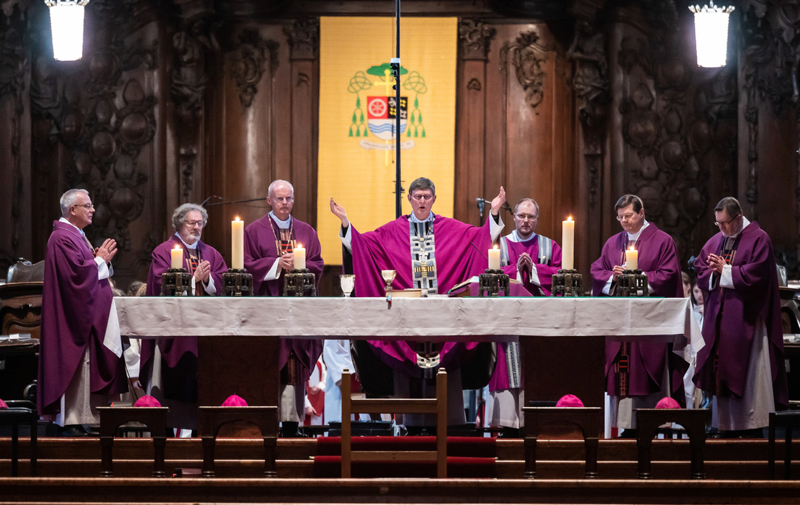 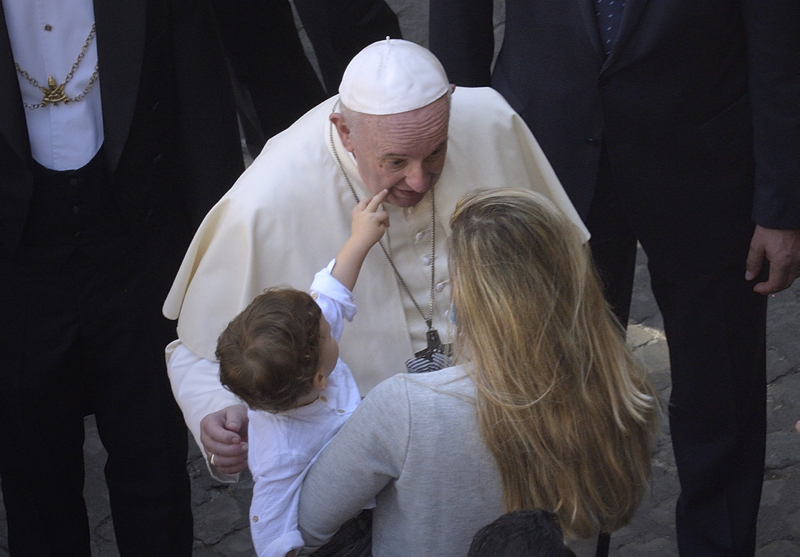 Pope Francis has told the parents of gay children that God loves them “as they are” because they are “the children of God”.

His remarks came following the Wednesday General Audience where he had a brief meeting with members of an Italian group Tenda di Gionata (Jonathan’s Tent), which supports the parents of LGBT children.

Mara Grassi, the vice-president of the support group, relayed details of what the Pope said following the audience, and that she had presented Francis with a book Genitori Fortunati (Blessed Parents). A copy of the book will soon be available in English.

Speaking to Avvenire, the newspaper owned by the Italian Bishops’ Conference, she said: “I explained [to the Pope] that we consider ourselves lucky because we have been forced to change the way we have always looked at our children.

She added: “What we now have is a new gaze that has allowed us to see the beauty and love of God in them. We want to create a bridge with the Church... so that the Church too can change its gaze towards our children, no longer excluding them but welcoming them fully.”

Francis’ remarks are consistent with what he said in 2018 to Juan Carlos Cruz, a survivor of clerical sexual abuse and who at that time had spent several days with the Pope.

Since the beginning of his pontificate, Francis has sought to model an inclusive, pastoral approach to LGBT Catholics. It marks a shift away from the harsh and condemnatory language used by the Vatican in the past.

In 1986, the Congregation for the Doctrine of the Faith, then led by Cardinal Joseph Ratzinger, described homosexuality “as a more or less strong tendency ordered toward an intrinsic moral evil; and thus the inclination itself must be seen as an objective disorder.”

Soon after his 2013 election, the Pope replied “who am I to judge?” when asked about gay priests, later explaining that he was simply paraphrasing the Catechism of the Catholic Church which calls for gay people to be treated with “respect, compassion and sensitivity”.

In his family life document, Amoris Laetitia, he wrote that “we would like before all else to reaffirm that every person, regardless of sexual orientation, ought to be respected in his or her dignity and treated with consideration, while ‘every sign of unjust discrimination’ is to be carefully avoided, particularly any form of aggression and violence.”

At the same time, the Pope has not altered Catholic teaching on homosexuality and has affirmed the Church’s opposition to gay marriage.

More recently, Francis has warned against both defining or discriminating against people according to their sexuality, and that too much emphasis on the “adjective” [gay] rather than the “noun” [person].

“There are people that prefer to select or discard people because of the adjective. These people don’t have a human heart,” he told British comedian, Stephen K Amos, who was part of a pilgrimage group that walked to Rome for a BBC documentary.