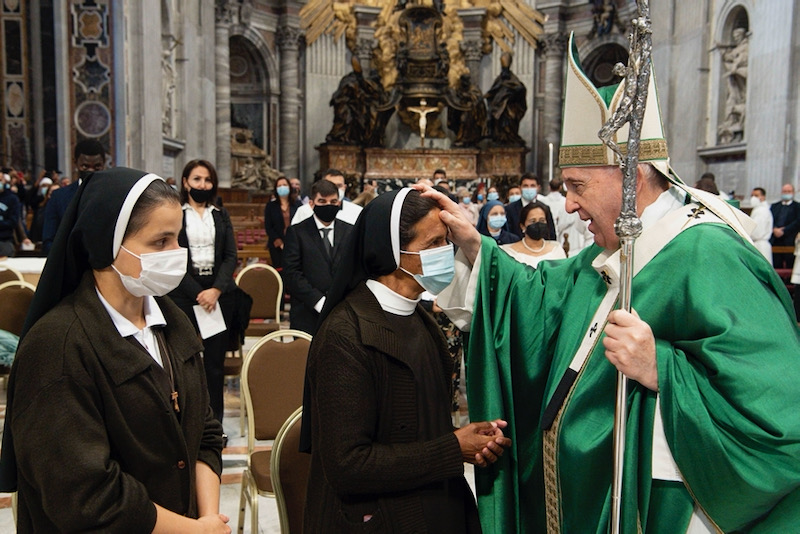 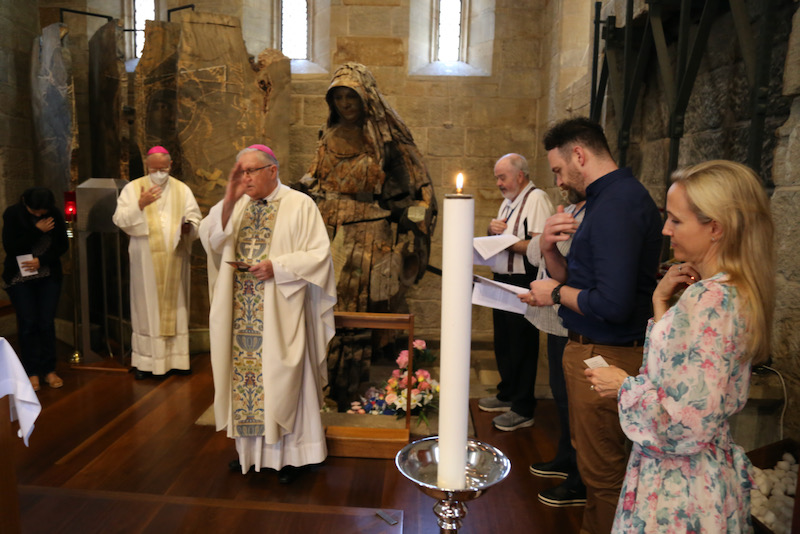 Seeking to listen: Brisbane Archbishop Mark Coleridge leads a group of Plenary Council members and staffers in prayer in St Stephen’s Chapel in Brisbane. The wooden statue in the background is of St Mary MacKillop.
Mark Bowling

Australia’s historic Plenary Council has completed its first assembly with more than 40 proposals offered as ways to reshape the Australian Church.

Many of the proposals put forward during six days of intense, mainly closed-door discussions addressed the Church’s relevance in contemporary Australia, in parish life and reaching out to the peripheries including indigenous Catholics, and survivors of clerical abuse.

“All week we have been exploring together possible ways of recasting ourselves, repositioning ourselves, the Church in Australia, for this mission,” Archbishop of Perth and Plenary Council President Timothy Costelloe said.

Australia’s fifth Plenary Council, the first since 1937, aims to deliver a more Christ-centred missionary church, following the shocking findings of a child sex abuse royal commission, shrinking church attendances, a shortage of priests and a desire to increase the role of women.

The first assembly was held virtually due to pandemic restrictions with 278 members from across the country and representing laymen and women, deacons, religious as well as priests and bishops.

“We’ve all tried to listen to one another,” Fr Michael Goonan, congregational leader of Society of St Paul said.

“The challenge… [with] all these diverse, firmly held beliefs and opinions – how can we find a path that respects all of those and in some way embraces all of those?”

Kym Keady, a Church youth director and Council facilitator from Brisbane, said: “So many of the proposals are doable and they are so encouraging… it was a powerful experience.”

Summary statements from council working groups proposed backing indigenous Australians seeking constitutional recognition; adoption of innovative models of governance with lay and clergy working closely together; expansion of programs for contemporary lay and religious formation; professional supervision for clergy and Church workers; expansion of the influential participation of women, including consideration of women deacons and establishing forums for open dialogue and discernment, especially with those groups who feel excluded in the church.

A full day was dedicated to the clergy sexual abuse scandal, the Church culture that allowed it, and the ongoing pain of survivors.

Council members prayed and reflected on questions about seeing through the eyes of those who have been abused and reaching those on the peripheries.

“It was emotional, it touched memories, it reminded me of my own sisters in the congregation who were also victims of abuse,” Council member, Sr Catherine Reuter, Leader, Sisters of Mercy Brisbane, said.

“How do I feel? That somehow things can be different… short careful steps by many like myself that have leadership roles, that have responsibility, that are accountable to others and that work collaboratively across particular religious groups, diocese, parishes and civil bodies.”

“My impression is that on child sexual abuse and safeguarding the assembly will insist on zero tolerance and enduring repentance and generosity towards survivors,” he wrote.

“On two big social issues, recognising Indigenous culture and spirituality, and ecological conversion, both with internal and external aspects, the assembly wants both internal action and stronger external leadership by the church in wider society.

“On the role of women in decision-making within the church there is also a clear appetite for inclusion, accountability, and equality.

“Sexuality, including justice for LGBTQI+ Catholics, is the elephant in the room.

“It can’t be avoided, though authorities try hard to do so, because through many families and children it touches most of us across various divides within the church.”

A team of Church experts and advisors will now research, refine and develop the proposals for further discussion when the Plenary Council assembles for a second time in Sydney in July next year.