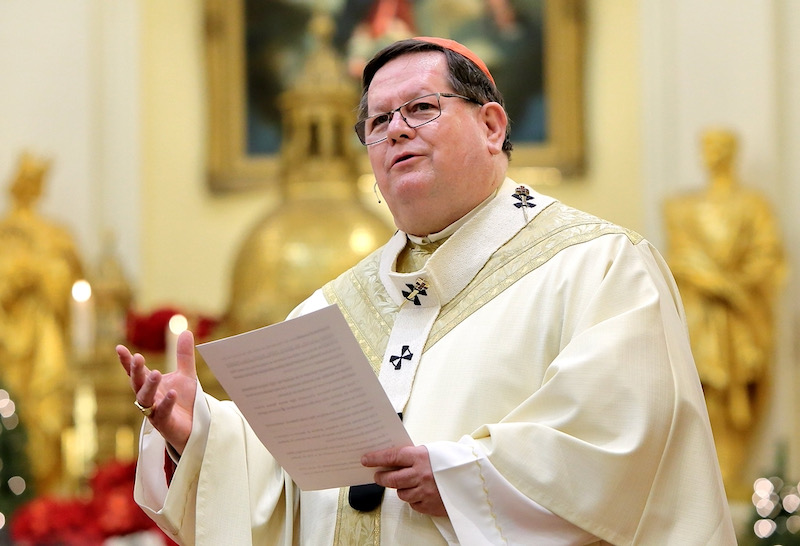 Cardinal Gérald Lacroix of Quebec said the congress is important “because it deals with all aspects of life”.
CNS photo/Philippe Vaillancourt, Presence

The Church’s week-long International Eucharistic Congress has opened in Budapest, with calls for Catholics from around the world to “live their faith in concrete actions”.

“The Church cannot stay quiet or limit itself to silence – it must present to the face of every human the splendour of the risen Christ,” Cardinal Angelo Bagnasco, president of the Council of Catholic Episcopates of Europe (CCEE), told the inaugural Mass in the Hungarian capital's Heroes Square. “The voice of shepherds, of this touching congregation, wishes to reach, with humility and joy, the hearts of the peoples of Europe, as well as beyond to the farthest corners of the earth.”

The event’s Hungarian host, Cardinal Peter Erdo, said postponement of the Congress from 2020 because of the coronavirus pandemic served as a reminder that life was “not just dependent on human effort”, and that Christ would remain “with us in the Eucharist, never leaving the Church, the nations and humanity”.

First staged in 1881, the International Eucharistic Congress takes place every four years, and celebrates the real presence of Christ in the Eucharist.

A candlelit vigil on 11 September is to be attended by the Orthodox Ecumenical Patriarch, Bartholomew I. Pope Francis will become the first pontiff to attend the Congress since 2000 when he presides at the closing service on 12 September.

Meanwhile the archbishop of Luxembourg, Cardinal Jean-Claude Hollerich, the current chairman of the Commission of Bishops’ Conferences of the European Union (Comece), has warned against deepening the conflict between most EU member states and Hungary.

Speaking last month in Fatima, Portugal, Hollerich recalled that the Hungarian government was democratically elected and said the roots of the differences between Hungary and most other EU nations go back further than recent disagreements over its law against the promotion of homosexuality among minors and a firm no-refugees policy.

“We failed during the dialogue process when new member states joined the EU,” he said. “It is dangerous to go against these governments. They were elected and represent a majority of the population. That’s what a family of nations, such as the EU, is like.”

On the issue of refugees, Cardinal Hollerich said, “We’d have to be very week to feel threatened by a small number [but] naturally, we also have to impose conditions for integration.”

Cardinal Hollerich lamented some anti-Christian moves by the EU, such as the recent approval of the Matic Resolution by the European Parliament, which defines abortion as a Human Right and calls for curtailing of conscientious objection.