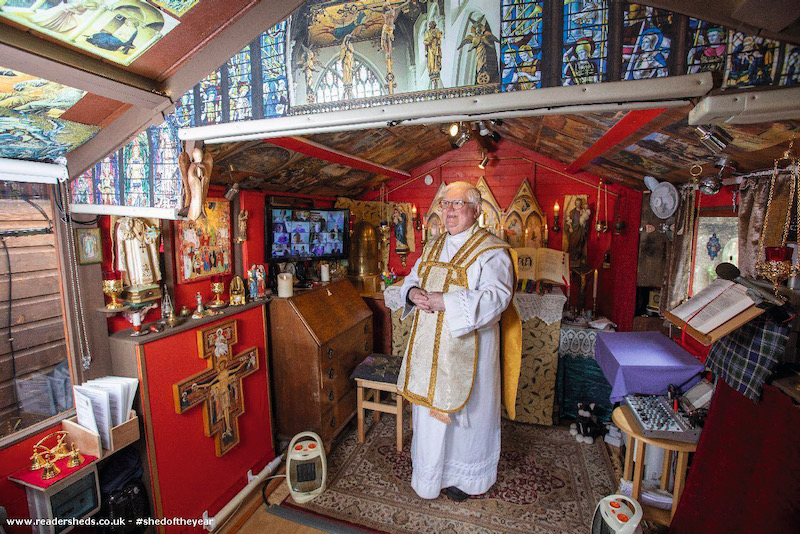 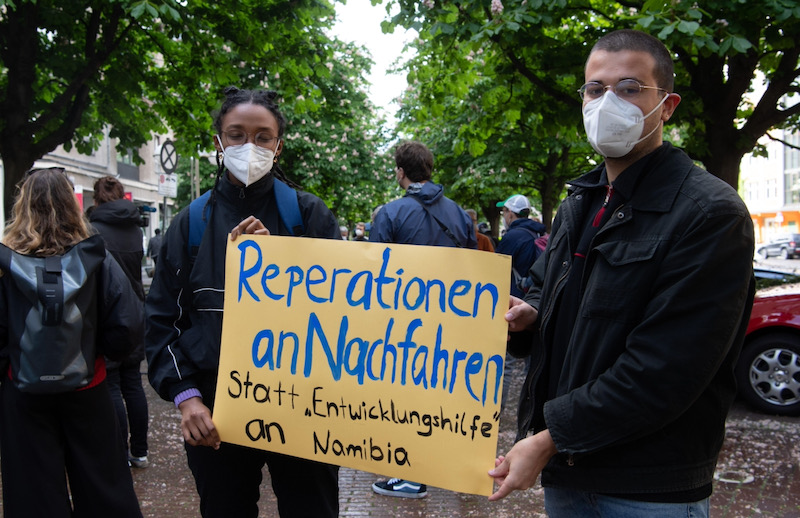 Berlin: 'Reperations to descendants instead of 'development aid' to Namibia' is written on the sign of participants at a rally after the Namibia decision of the Federal Government.
dpa/Alamy

The Catholic Church in Germany has praised the German government for “assuming its historical responsibility” for carrying out an early twentieth century genocide of the Herero and Nama peoples in its former Southern African colony, Namibia.

“This is an important step forward, a sign that the federal government is concretely assuming its historical responsibility, and this deserves respect,” said Bishop Heiner Wilmer, president of the Justice and Peace Commission of the German Bishops’ Conference.

On colonising Namibia in 1884, Germany forcibly stripped the indigenous Herero and Nama peoples of their land and cattle. Between 1904-1908 the Germans massacred an estimated 60,000 of the 80,000 Herero and 10,000 of the 20,000 Namas. Many were forced into the desert and later placed in concentration camps where they were exploited for labour and subjected to appalling brutality. Tens of thousands died in captivity. The massacre is considered by many to be the first genocide of the twentieth century.

On 28 May the German state officially used the term genocide to describe the “immense suffering inflicted on the victims” and admitted Germany’s “historical and moral responsibility” for what occurred. Foreign Minister Heiko Maas said his country was asking Namibia and victims’ descendants for forgiveness. He also announced €1 billion in compensation that will be paid out over 30 years through spending on infrastructure, healthcare and training programmes benefiting the impacted communities.

Bishop Wilmer said that Church and state must work together to bring reconciliation. “The agreement will only bear fruit if the social actors in Germany and Namibia bring it to life, because dealing with the consequences of colonialism can only be done together and is by no means an exclusive task of the State. The Catholic Church will be involved in this process,” he said.

Most of the traditional chiefs in the country have rejected the German announcement, deploring the fact that they were not consulted and that it is not clear where the billion euros of “compensation” will end up.