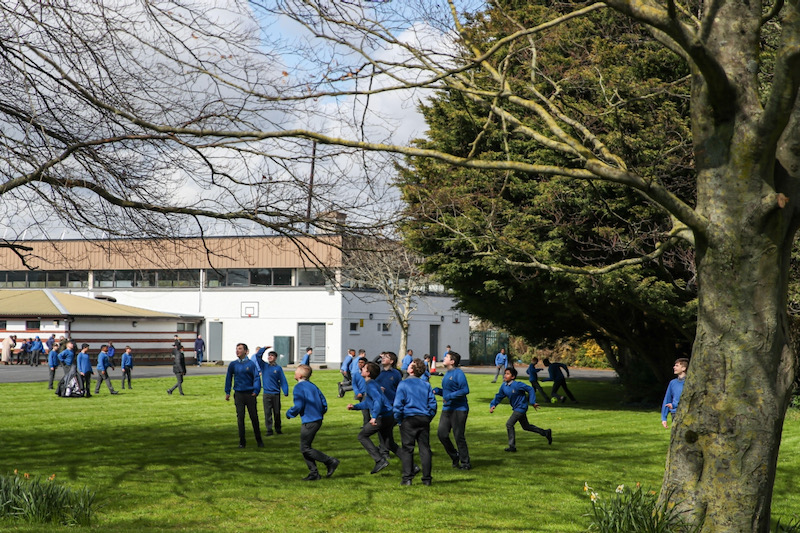 Archbishop defends place of RE in curriculum

US bishops in 'dangerous' place over refusing Communion 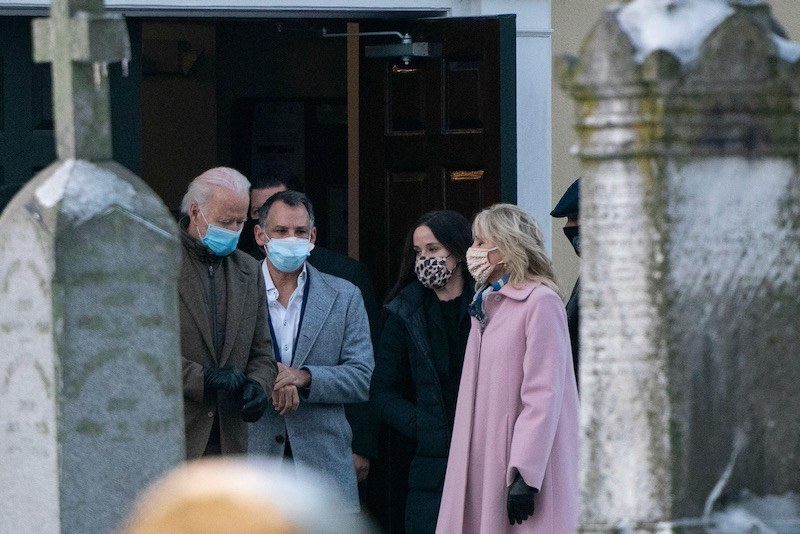 Efforts by some members of the US Bishops’ Conference to draw up a national policy on refusing Communion to politicians who support abortion is “driven by party allegiance” and has brought the USCCB to a “very dangerous situation”, theologian Professor Massimo Faggioli has warned.

In an online presentation to the Association of Catholic Priests in Ireland titled “The Fight for Hegemony Of and Within US Catholicism”, the professor of theology and religious studies at Villanova University said the Communion proposal had made clear that the US episcopate is “in the hands of a handful of extremists that don't know or don't care what canon law or ecclesiology says, and they pursue partisan politics”.

While this was focused on the issue of abortion directly, it was more generally indicative that the Catholic Church in the US has become a two-party church along political lines.

“Party allegiance has become the driving force. It is much stronger than any sense of belonging to the one Catholic Church; it is ideology and politics that drives literally everything. It has penetrated American minds and really poisoned US Catholicism,” the theologian lamented.

However, he also criticised the Democrats’ platform on abortion for “giving too many opportunities to some bishops to take cheap shots”.

He also noted that in canon law, ecclesiology and in the Church’s tradition, it is not up to the United States Conference of Catholic Bishops (USCCB) to decide on the admission of a Church member to Communion or not, and “even less of a bishop who is on the other side of the country”. Rather it was a matter for the Ordinary where the particular Catholic goes to mass.

In response to some US bishops, notably San Francisco Archbishop Salvatore Cordileone’s call for President Joe Biden and other Catholic elected officials like Nany Pelosi to be denied communion over their position on abortion, the Congregation for the Doctrine of the Faith issued a letter on 7 May in which the CDF Prefect, Cardinal Luis Ladaria, said any such policy requires dialogue first among the bishops themselves and then between the bishops and Catholic politicians who support abortion.

According to Professor Faggioli, statements made by Archbishop Cordileone and messages by other conservative US bishops on this issue were aimed more at their more reticent brother bishops in the US than against any particular politician. He also noted other recent “botched attempts” to deal with this issue centrally by some members of the USCCB and the revelation of a secret 10-member working group last November which came together to propose a document outlining Church’s teaching on the Eucharist. The group was later disbanded following a row within the US hierarchy over its proposals.

“Those who are making these statements are the ones who during four years of Donald Trump thought it was all fine. What’s happening now is a conflation of an ecclesial crisis and a political crisis.”

He said what was “shocking” was that these statements were made “in utter contempt of what the law of the Church says or what the tradition of Church says. Politics is stronger than theology and this is something that is not normal, in my opinion.”

While the spilt within US Catholicism between left and right originates in the 1970s and 1980s on life issues, abortion, he said, has become a shield or a smokescreen in recent years to “hide a theological perversion” which is the “prostitution of the Gospel to the so-called prosperity gospel, which is very evident in some pentecostal and charismatic churches and has infiltrated Catholicism”.

In some Catholic quarters in the US, “a prosperity gospel mentality” sees the Cross of Christ and the US dollar joined together, he highlighted.

Professor Faggioli suggested that the shift within Catholicism to this prosperity gospel mentality was a betrayal of the roots of American Catholicism which was built by poor immigrants. The Church in the US had traditionally been an advocate for immigrants and poor people and at one with its poor members.

“What has happened in these last few years is that this Church has sent signals to its people that the default class position for Catholics in this country is middle class or wealthy. That is an incredibly counter historical turn for this Church.”

The Italian academic used the term “soft schism” to describe what was happening in US Catholicism. “It’s not a schism like in the Middle Ages where there are two popes, and I don't believe it will ever come to that. But clearly, it is a situation of a lack of formal communion … it's a crisis of communion that has been made very clear in the relationship that some very prominent US bishops have with Pope Francis.”

Recalling the efforts of Archbishop Carol Maria Vigano in August 2018 during the papal visit to Ireland to “unseat” Pope Francis with false accusations, Professor Faggioli noted that 25 US bishops supported the former nuncio. He admitted that during those days after the publication of Vigano’s 7000-word letter he was unable to sleep. “I went to bed at night not knowing if we would have one Church in the morning.” It was, he suggested, the Catholic Church’s “Cuban Missile Crisis” in the sense that it “came that close to a total collapse”.

Almost three years on from the debacle, he noted that Vigano had sold himself to Donald Trump. His latest statements on the pandemic or the conspiracy against Christianity were the output of a man in “a very difficult psychological situation”. But what concerned Faggioli is the following Vigano has among some cardinals, bishops, priests and theologians or bloggers.

“It is not him but it’s the whole choir that he was able to gather around him. Vigano has embraced some theories on Vatican II that are clearly against the Catholic faith, against papal teaching, but everything is accepted in those quarters.”

He also noted that while Pope Francis has appointed or promoted a number of bishops in the US, not one of Francis’ appointees has so far been elected to a leadership position on a USCCB Committee. “When the USCCB votes to elect the chairman of an Episcopal committee, the conservative majority always wins.”

“If you need money for a Catholic project, it is much easier to find money for a traditionalist or ultra conservative project in this country than for progressive causes or liberal causes that do not have a politically conservative label attached.”

He highlighted the flow of money from big Catholic donors to conservative Catholic media enterprises that have “a huge role in shaping the narrative on both political issues but also on ecclesial issues, on Catholic education, Catholic schools, Catholic universities or institutes’ created in recent years. They have been funded with money that has very clear strings attached.”