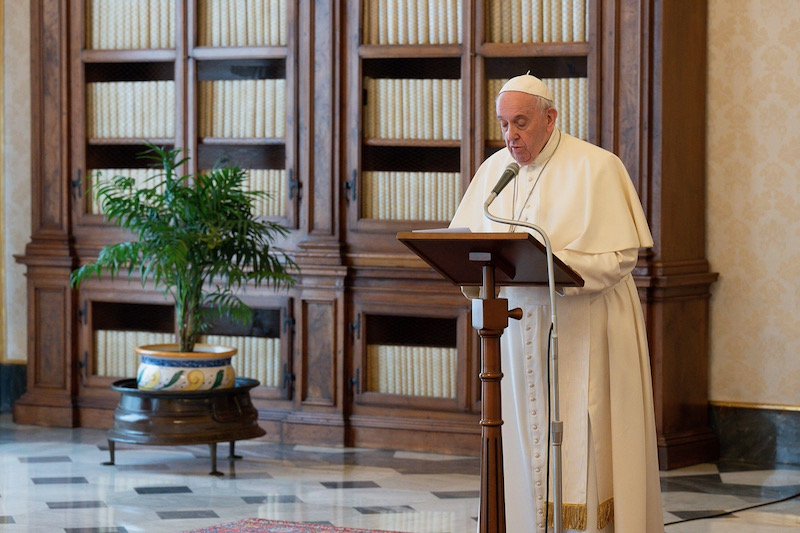 Mary's Meals has announced growth in its charitable work to feed more than 1.8 million children a year.
Chris Watt

The Mary’s Meals charity, which provides meals during the school day, has expanded to reach more than 1.8 million children, with 171,792 new children added since the beginning of 2020 alone.

The charity announced its unprededented growth, after a year of new challenges caused by the Covid-19 pandemic, today, on the Feast of the Annunciation.

The charity is dedicated to fighting food poverty amongst children in the world’s poorest countries, focusing particularly on providing meals through schools in order to simultaneously feed children and keep them in school.

The charity was founded by Scottish brothers Magnus and Fergus, and its history is closely linked to the Marian shrine of Medjugorje in Bosnia.

Magnus was inspired to return to his Catholic faith after a visit to it, and he and his brother started delivering food relief in their own truck in response to the Bosnian conflict, which they distributed at the famous Balkan pilgrimage site.

Named for the Virgin Mary, Mary’s Meals started operating in Malawi, and from the small beginning of 200 meals a day, it has grown to providing hundreds of thousands of meals across 19 countries.

Mary's Meals said 2020 had been an especially difficult year, with restrictions causing economic depression worldwide, and impeding the education of children.

The charity said: “When Covid-19 hit in early 2020 and schools began to close around the world, the charity made huge efforts to adapt its school feeding model, to ensure that hungry children did not go without. Mary’s Meals started distributing food in communities for the children who rely on its daily meals to eat at home. Some schools have since re-opened in the countries where Mary’s Meals works and the charity is now safely reaching 1.8 million children every school day, whether at school or at home.”

Daniel Adams, executive director of Mary’s Meals, said: “The expansion of our programmes, especially during a year of considerable difficulties for us all, are a real testament to the determination and dedication of our teams, volunteers, partners and supporters, who keep striving to provide hungry children with a daily meal in their place of education, whether that’s at school or at home.

“This year continues to bring its own challenges, including the ongoing uncertainty created by Covid-19 in the countries in which we work and the brutal conflict in Ethiopia, which has driven many people from their homes and has drastically increased hunger levels. There are so many children still waiting for Mary’s Meals around the world, but we are confident in the innate goodness of all those who are part of this movement and whose efforts bring us closer to a day when all children have enough to eat and can go to school.”