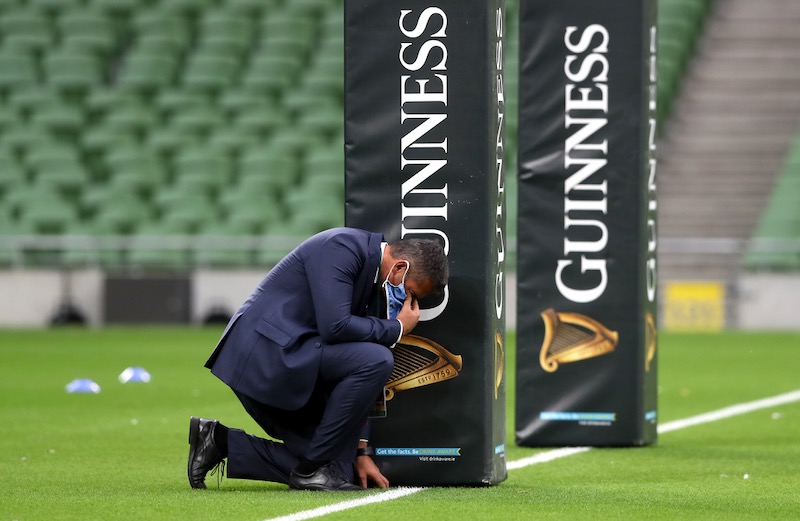 Pope Francis, pictured here with the lectionary, or book of Mass readings, that was used the Second Vatican Council.
CNS photo/Vatican Media

Just eight of the 26 Irish bishops to whom the leadership of the Association of Catholic Priests wrote outlining their concerns over expected changes to translations of the lectionary have responded.

However, those who did respond – the bishops of Armagh, Dublin, Achonry, Ardagh and Clonmacnois, Cork and Ross, Elphin, Killaloe, Waterford and Lismore – have assured the priests that the matter will be discussed by the Irish Bishops’ Conference.

In their letter, Frs Gerry O’Connor, Tim Hazelwood, Roy Donovan and John Collins on behalf of the ACP said they were concerned that the ESV translation does not allow for the use of inclusive language and favours the use of generic terms such as “man”, “mankind” and “brothers”.

“Such terms are not just out of sync with modern usage but are culturally regarded as diminishing and disrespectful of women,” the priests stressed.

They asked the bishops to give the issue the urgent attention it is due:  “From what we have been able to glean from The Tablet and other sources, it would seem that the bishops of England and Wales, and Scotland are of one mind and intention in supporting the use of the ESV translation in the proposed new lectionary.”

In their letter, which was sent individually to every bishop on the island of Ireland, the ACP leadership said: “At a time when efforts are being made – internationally, nationally and at diocesan and parish level – to enhance the role of women in our Church and to encourage women to continue their invaluable participation in Church life, acceptance of exclusive rather than inclusive terms will be interpreted as demeaning and insulting by many women (and men),” the ACP priests stated.

They added: “It seems obvious that, for the good of the Church, such a dispensation needs to be avoided at all costs.”

They also noted that before the introduction of the New Missal, at a meeting between the Episcopal Commission for the Liturgy and the ACP, a bishop told the meeting that the problem with the New Missal was “that it wasn’t English”.

More recently at a meeting between the ACP and representatives of the Irish Bishops, a senior bishop admitted that, in regard to the New Missal: “We took our eye off the ball”.

The ACP leaders said that they were worried that, with arrangements apparently at such an advanced stage, other episcopal conferences may expect, indeed presume, that the Irish bishops will “cooperate in giving the nod” to a version of the lectionary that “will cause not just division, disunity and damage in our parishes but offer to women, especially younger women, yet another argument for jettisoning their connection with the Church”.

They said that they believed their view is representative of not just ACP members but the generality of priests in Ireland “who know from personal experience in their parishes the contribution women make, and the need to support them – not to diminish or demean them”.

They also warned the Irish bishops that if they were to ignore the concerns of the wider church on this issue “it would hasten the exit of even more of the faithful and add to the already large number of Irish people who simply see us as irrelevant”.

Responding to the letter, Redemptorist Fr Gerry Moloney warned: “To introduce a poorly translated and sexist lectionary, as appears will be the case, shows that the English-speaking bishops’ conferences have learned nothing from the 2011 new missal debacle.” He added: “I will not be using this new lectionary.”