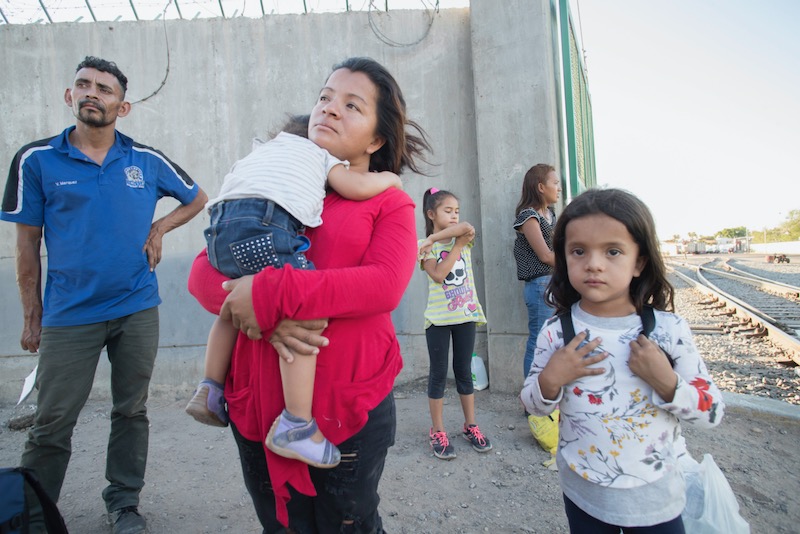 A family that entered the US but were returned to Mexico and from there went back to Guatemala. The priest described undocumented child migrants as 'criminal illegal aliens'.
USA TODAY Network/SIPA USA/PA Images

Bishop William Callahan of LaCrosse, Wisconsin announced he was pursuing “fraternal correction” of one of his priests, Father James Altman, after a video statement by the priest in which he said, among other things, “You cannot be a Catholic and a Democrat. Period.” In the video, which has been seen my half a million viewers, the priest also denounced the “climate change hoax” and referred to undocumented immigrants brought to the US as children as “criminal illegal aliens.”

The bishop acknowledged “the undeniable truth that motivates” the priest’s message, as it pertained to Democratic Party support for abortion rights. But, Callahan added, “the tone Fr Altman offers comes off as angry and judgmental, lacking any charity and in a way that causes scandal both in the Church and in society. His generalisation and condemnation of entire groups of people is completely inappropriate and not in keeping with our values or the life of virtue.”

“I pray that Fr Altman’s heart and eyes might be open to the error of his ways and that he might take steps to correct his behaviour and heal the wound he has inflicted on the Body of Christ,” the bishop added.

The website LifeSiteNews has circulated a petition asking Callahan to support Altman. They cite a tweet from Bishop Joseph Strickland of Tyler, Texas, in which he stated: “As the Bishop of Tyler I endorse Fr Altman’s statement in this video. My shame is that it has taken me so long. Thank you Fr Altman for your COURAGE. If you love Jesus & His Church & this nation...please HEED THIS MESSAGE.” The tweet preceded Callahan’s statement.

It is exceedingly rare for one bishop to side with a priest who is in any kind of dispute with his own bishop.

Father Altman appeared on a podcast with Taylor Marshall, a Catholic traditionalist who has promoted questions about the legitimacy of Vatican II and championed the increasingly extreme statements from disgraced former nuncio to the US Archbishop Carlo Maria Vigano. Altman defended the original video and showed no signs of backing down.

Catholic news The Catholic Church in the US US politics