Manchester nun on path to sainthood 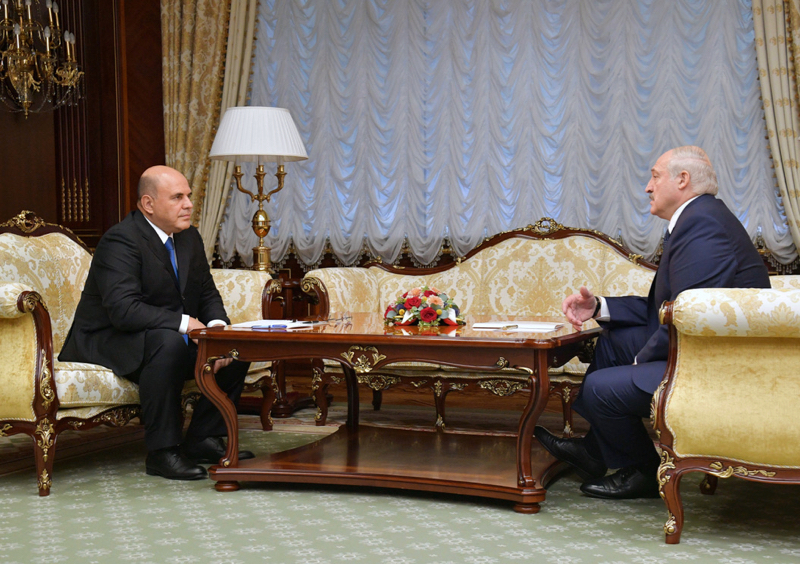 A Catholic bishop in Belarus has warned his Church faces persecution, as calls continued for its leader, Archbishop Tadeusz Kondrusiewicz, to be permitted to re-enter his see from abroad.
“Our metropolitan doesn't want the fact he was not allowed home to worsen the already difficult situation here – but until he does, our archdiocese remains without a pastor, and the Catholic Bishops Conference without its head,” Bishop Yuri Kasabutsky, vicar-general and auxiliary of Belarus's Minsk-Mogilev diocese, told the Church's news agency.
“It's obvious they are trying to pressure the Church, which means the Church is being persecuted. Although no one speaks openly about it, nor did they when persecution was severe during the Soviet-era struggle against faith and Church. The facts show the situation is now similar.”
The bishop spoke as Archbishop Kondrusiewicz, the Conference president, awaited a response to his letter to the State Border Committee, asking why he was barred from re-entering Belarus from neighbouring Poland on Monday.
He said the country's law prohibited the exclusion of citizens, adding that Catholics now needed to stay united in the face of a “complicated and incomprehensible situation”.
He said: “Our metropolitan didn't support any candidates before and after the election, or make political statements – he only called for honesty, responsibility, an end to violence and dialogue,” Bishop Kasabutsky added. “All his actions and statements conformed with the Catholic Church's social doctrine and current legislation of the Republic of Belarus. We are dealing with moral aspects of public life, and with Christian and universal values, abandoning which causes crises in society.”
The dispute intensified amid continuing protests against the sixth election victory on 9 August of President Alexander Lukashenko, who was awarded with 80.1 percent of votes by Belarus's State Commission against the 10.12 percent of his nearest challenger, Svetlana Tikhanovskaya, a 37-year-old teacher now sheltering in Lithuania.

Belarus's Interior Ministry confirmed at least 140 arrests during Sunday's demonstrations around Minsk's Independence Square, in the latest show of force by police and troops, who have beaten and detained thousands in the last month, with reports of torture and secret killings.

In his interview, Bishop Kasabutsky said the barring of Archbishop Kondrusiewicz, born near the western city of Grodna, was the latest repressive act against the Catholic Church, which makes up around six percent of the 9.5 million inhabitants of Belarus and has frequently complained of discrimination under Lukashenko, Europe's longest-ruling head of state, who was last returned in 2015 with 83.5 percent amid similar claims of ballot-rigging.

He added that the Church had not been invited to a Monday session of the country's Inter-Faith Advisory Council, during which it was "smeered with mud" by state officials, and rejected "ill-informed" claims on Tuesday by Lukashenko that Archbishop Kondrusiewicz had "gone into politics" and travelled to Poland to "receive certain tasks".

"Church representatives, especially bishops, have a right and duty not to be indifferent to what is happening in society, especially given our country's current situation - this is no longer a matter of politics, but a real humanitarian crisis which threatens a catastrophe if nothing is done", the Minsk auxiliary said.

"I've called for special prayers from priests and all the faithful of our archdiocese for this situation to be resolved as soon as possible. I'm glad my appeal has found an instant response, and not just among Catholics".

Among foreign reactions, US Secretary of State Mike Pompeo said Western governments were considering "significant targeted sanctions" and backed the constitutional right of all Belarusians "to enjoy their basic freedoms without hindrance, including freedom of religion", in a Twitter message this week.

The Belarus Church's website said a special Mass would be staged on Saturday for "those killed and imprisoned during peaceful rallies" at Minsk's central Sts Simon and Helen church.

However, the church's rector, Fr Vladislav Zavalniuk, reported the church's locks had been changed by overnight assailants on Tuesday, a week after police blocked access to the building and arrested protesters seeking shelter there, prompting protests from Church leaders.

A website commentary said Archbishop Kondrusiewicz could be compared to the Biblical Amos and exiled St Athanasius, as well as to four Soviet-era Minsk-Mogilev bishops, who were also barred from their see.

"The example of these steadfast pastors is testament that the struggle with God and his servants is a waste of time - people who do this, consciously or unconsciously, voluntarily or under duress, become an instrument in the hands of evil", the commentary added. "It is necessary to pray that God will show such people the way of repentance, giving them the strength to come to their senses and convert".
Back to articles
Back to articles