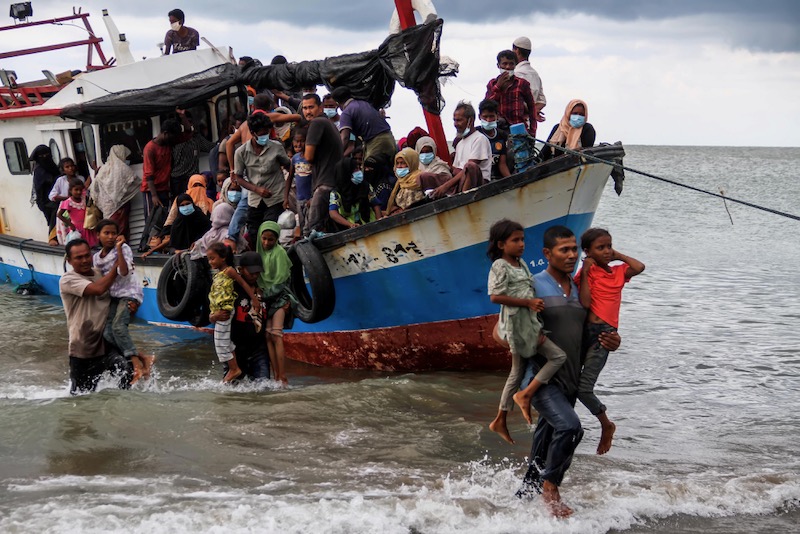 “USCIRF has long called on the US government to develop an overall strategy for promoting religious freedom abroad, as well as country-specific action plans, and we welcome the fact that this executive order requires the State Department and USAID to do exactly that,” Gayle Manchin said in a statement to Catholic News Service.

“We also appreciate the express reference to US officials working for the release of religious prisoners of conscience, which is a high priority for USCIRF,” she added.

On June 2, Trump signed the order to promote and advance religious freedom across the globe.

The State Department and USAID have 180 days since the order was issued to develop a strategy to prioritise international religious freedom in the planning and implementation of US foreign policy and in their foreign assistance programs.

“The secretary shall, in consultation with the administrator of USAID, budget at least $50 million per fiscal year for programs that advance international religious freedom, to the extent feasible and permitted by law and subject to the availability of appropriations,” Trump's order said.

It directs departments and agencies that fund foreign assistance programs to ensure “faith-based and religious entities, including eligible entities in foreign countries, are not discriminated against on the basis of religious identity or religious belief when competing for federal funding.”

It also asks that the heads of US agencies when meeting with their counterparts in foreign governments, in coordination with the of US secretary of state, raise concerns about international religious freedom “and cases that involve individuals imprisoned because of their religion”.

When Trump issued the executive order, Tony Perkins, the commission's vice chair, applauded the president “for continuing to prioritise international religious freedom as a national security imperative and a foreign policy priority.”

The executive order “encourages swift action by the US government to hold accountable foreign governments that commit severe violations and substantially increases US economic assistance to support programs that advance religious freedom around the world,” Perkins said in a statement.

As the month of June opened with the president's focus on international religious freedom, it came to a close with a focus on these issues by the US Catholic bishops. They declared the week of June 22-29 as Religious Freedom Week and called on Catholics to “pray, reflect and take action” on religious liberty in the United States and abroad.

Before Trump signed his executive order at the White House, he and first lady Melania Trump paid a brief visit to the St John Paul II National Shrine in Northeast Washington. They marked the 41st anniversary of the start of St. John Paul's pilgrimage to his native Poland, the pontiff's first trip to that country and where he repeatedly addressed religious and political freedom.

The Trumps were met with protesters gathered across the street from the shrine calling for justice for George Floyd, the African American who died at the hands of a white police officer about a week earlier. Archbishop Wilton D Gregory of Washington also issued a strong rebuke over the Trumps going to the shrine at such a time of national unrest over racial injustice.