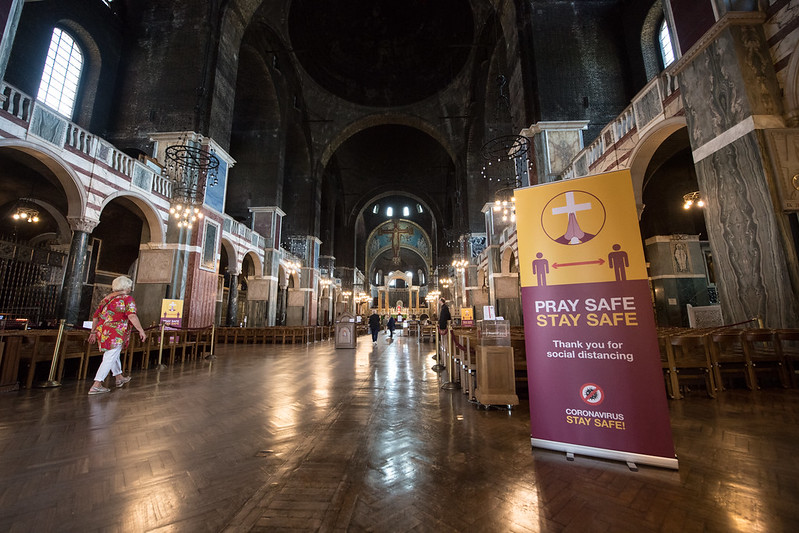 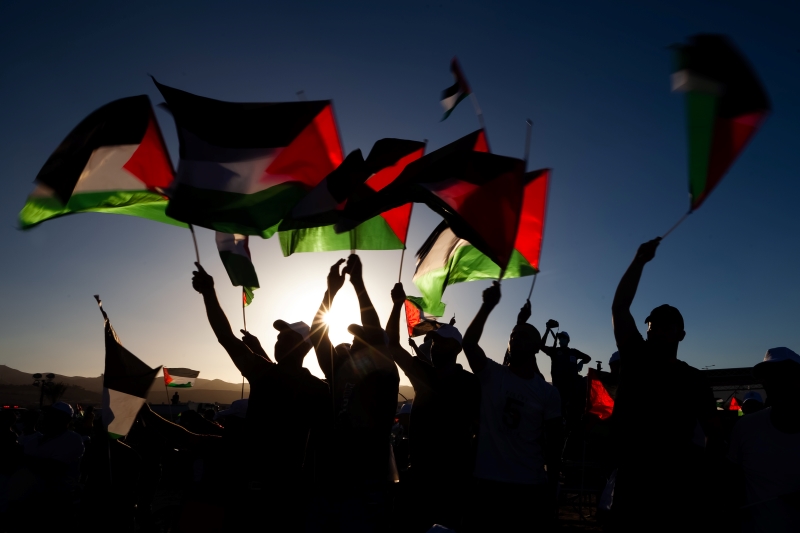 Demonstrators take part in a rally to protest against Israel's plan to annex parts of the West Bank, Jericho, June 22, 2020.
Luay Sababa/NurPhoto/PA Images

Catholic and Anglican Bishops have asked the UK government to oppose the planned annexation by Israel of the West Bank, which is due to begin on the 1 July next month.

The intervention by the Holy Land Coordination group follows up on a recent appeal by the Cardinal Archbishop of Westminster and Archbishop of Canterbury to the governments of the UK and Israel that warned annexation would  “bring about the loss of any remaining hope for the success of the peace process.”

The Christian community in Palestine and Israel has also attacked the plans, with the heads of 13 different local churches issuing an official statement of opposition on 7 May this year.  In order for the “vicious cycle of human tragedy and injustice” in the region to end, the Church leaders argued, a feasible peace deal, without annexations, must be arrived at.

The Catholic Bishop of Clifton, Declan Lang, who Chairs the Holy Land Coordination group, and the Anglican Bishop of Southwark Rt Revd Christopher Chessun, issued a joint statement warning that the proposed annexation “would only bring more conflict, suffering and division”.

The Holy Land Coordination group, founded in 2000 with the aim of supporting Christian communities in the Holy Land, is composed of bishops from across Europe, North America and South Africa. After their visit to the Holy Land earlier this year, the group released a joint statement highlighting the “profound humanitarian crisis” in the Palestinian territories, and claiming Gaza has become an “open-air prison”.

The two bishops emphasised that, in their view, the UK government “has a duty to act and to do everything possible to dissuade the Government of Israel from annexing the West Bank”.

The proposed annexation, promised by the Israeli premier Benjamin Netanyahu during his election campaign, has been heavily criticised by humanitarian organisations and the international community.  A particularly controversial aspect of the plans has been Netanyahu’s promise that Palestinian living in annexed areas would receive neither Israeli citizenship nor residence rights. The unilateral annexation of the West Bank would be likely to lead to further conflict in the region, with the Palestinian Authority warning that such annexations would void all existing peace treaties.