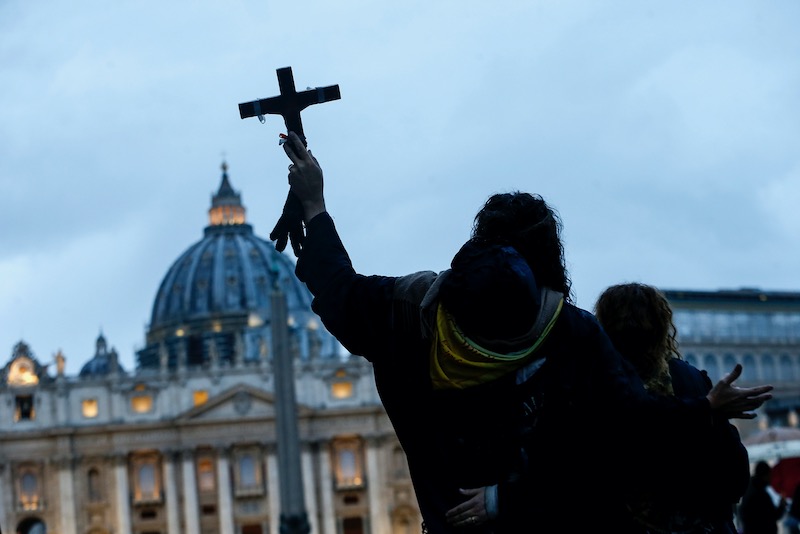 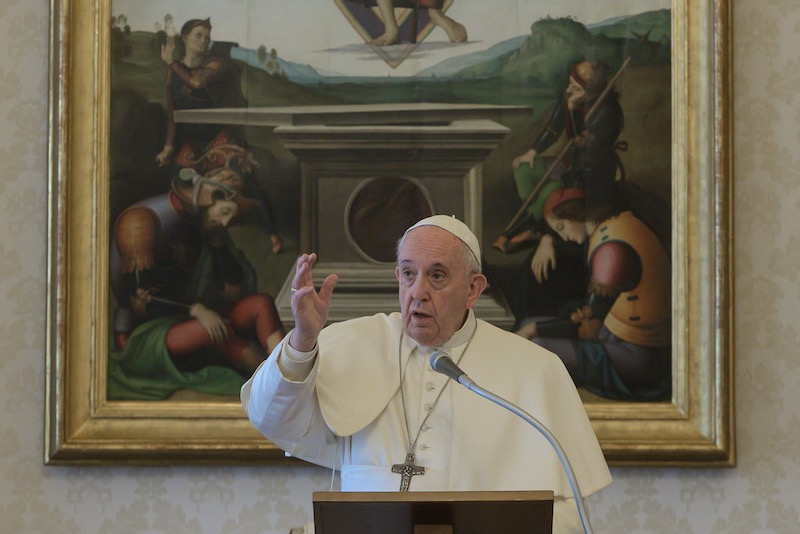 Pope Francis has warned that Governments that put those who prioritise the economy over their people during the Covid-19 pandemic risk a “viral genocide".

In a letter to an Argentine judge the 83-year-old Roman Pontiff admits that measures taken to defend people during the Coronavirus are an “economic disaster” but stressed that political leaders have no other option.

“It would be sad if the opposite was chosen, which would lead to the death of many people, something like a viral genocide,” Francis wrote in a letter to Roberto Andrés Gallardo, a Buenos Aires judge, and President of the Pan-American Network of Magistrates.

The Pope’s letter, released by the Telam news agency, refers to the lockdowns and various restrictions introduced by governments across the world to prevent the spread of the Coronavirus. He also looks to the future and is worried that the virus will lead to a new plague of “loan sharks” seeking to profit out of economic misfortune.

“It is true that these measures ‘bother’ those who are forced to comply with them, but it is always for the common good and, in the long run, most people accept them and have a positive attitude,” he wrote.

Governments across the world have enforced lockdowns so as to stop the spread of infection. There are, however, some exceptions. In Brazil, President Jair Bolsonaro described the deadly virus as “just a little flu or the sniffles”. Later, in a demonstration that he was prioritising the economy, he  explained that although people were going to die “we can't stop a car factory because there are traffic accidents."

In the United States, President Donald Trump has repeatedly said the cure for Coronavirus cannot be worse than the disease itself, claiming that the US economy could be re-opened by Easter. Health experts have voiced scepticism about this claim. With the United States now recording the highest number of Coronavirus cases in the world, President Trump is refusing a quarantine of New York, New Jersey and Connecticut. Deaths in New York stand at 728, with 52,318 cases of Covid-19.

In a separate twist, the president retweeted a tweet from Vatican News about the Pope’s special prayer service on Friday 27 March. The tweet said Francis had reflected on “Jesus’ words to His disciples: ‘Why are you afraid? Have you no faith?’”

The Vatican is not alone among governments struggling to respond to the pandemic. On 12 March, the Pope said that governments "must make decisions and many times they have to decide on measures that the people do not like. But it is for our own good.” Yet there was confusion over whether Churches in Rome should be closed: an initial decision to close them was reversed after Francis said that “drastic measures…are not always good.”

In his letter, the Pope said he was “edified by the reaction of so many people, doctors, nurses, volunteers, religious and priests who risk their lives to heal and defend healthy people from contagion.”

He added that the Vatican was preparing for what happens after the virus subsides, with the Dicastery for Promoting Integral Human development taking the lead. A week ago, the Pope urged businesses not to use pandemic as an excuse to lay off workers, saying that solidarity was needed during the crisis.

“Preparing for the aftermath is important. There are already some consequences that must be faced: hunger, especially for people without permanent work, violence, loan sharks.” The latter, he said, are “dehumanised” criminals who will be the “true plague” of the future.