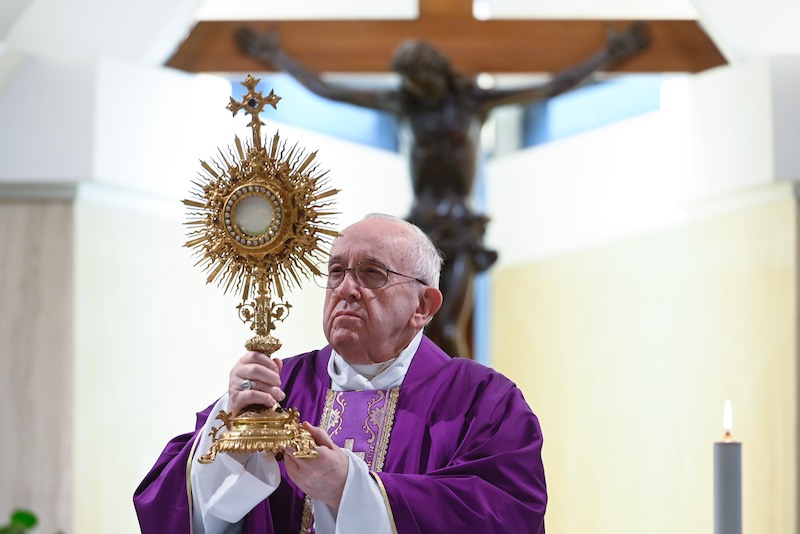 Pope Francis today added his voice to those calling for a global ceasefire to end conflict at this time of the Covid-19 pandemic.

He was speaking out after United Nations Secretary-General António Guterres called for for a "global and immediate ceasefire in all corners of the world".

Guterres said: "Let’s not forget that in war-ravaged countries, health systems have collapsed. Health professionals, already few in number, have often been targeted. Refugees and others displaced by violent conflict are doubly vulnerable. The fury of the virus illustrates the folly of war. End the sickness of war and fight the disease that is ravaging our world. That is why today, I am calling for an immediate global ceasefire in all corners of the world. It is time to put armed conflict on lockdown and focus together on the true fight of our lives."

Pope Francis said: "I join all those who have accepted this appeal and invite everyone to follow you up by stopping all forms of war hostility, promoting the creation of corridors for humanitarian aid, openness to diplomacy, attention to those in a greater situation."

He said the joint commitment against the pandemic may lead everyone to recognise the need to strengthen fraternal bonds as members of a single family.

In particular, he said, he hopes it will arouse" a renewed commitment to overcoming rivalries" among the leaders of nations and other stakeholders.

"Conflicts are not resolved through war. It is necessary to overcome antagonisms and contrasts, through dialogue and a constructive search for peace."

Referring to people forced to live in groups, such as retirement homes and barracks, he specifically mentioned prisons.

"I read an official memo from the Human Rights Commission that talks about the problem of overcrowded prisons, which could become a tragedy. I ask the authorities to be sensitive to this serious problem and to take the necessary measures to avoid future tragedies."

The Pope was speaking after the Angelus, when he referenced the Gospel for the fifth Sunday of Lent, the resurrection of Lazarus. He said: "Jesus could have avoided the death of his friend Lazarus, but he wanted to make our pain for the death of loved ones his own, and above all he wanted to show God's dominion over death."

Therefore, he continued, we must change and end hypocrisy, destructive criticism of others, offensiveness, slander, marginalisation of the poor.

Earlier, in his morning celebration broadcast live from Casa Santa Marta, he described today as "Sunday of tears" Sunday.

"I think of so many people crying: isolated people, people in quarantine, the elderly alone, people hospitalised and people in therapy, parents who see that, as there is no salary, they will not be able to feed their children.

"Many people cry. We too, from our heart, accompany them. And it won't hurt us to cry a little with the Lord's weeping for all his people."

He prayed for the grace to weep alongside the suffering, as Jesus would have done.