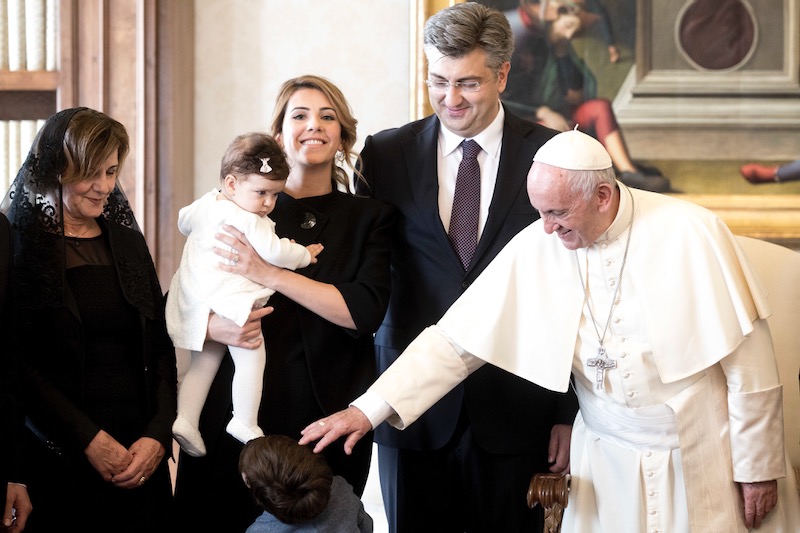 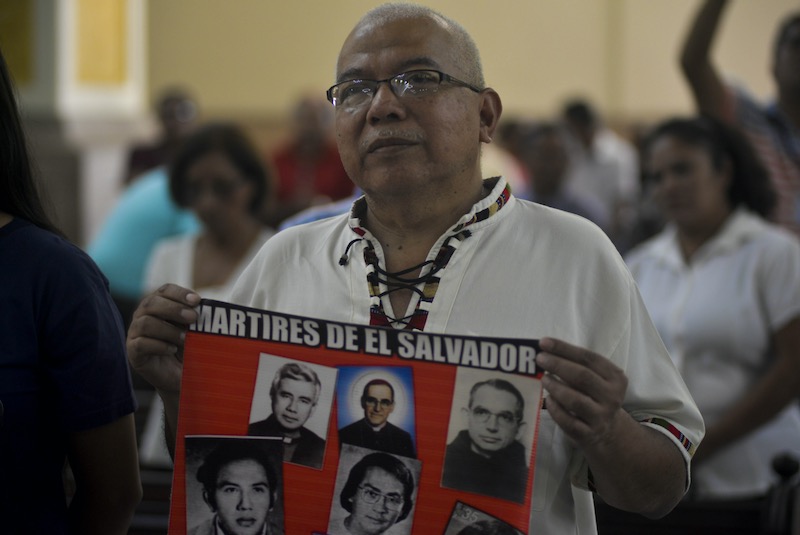 As the Catholic Church in El Salvador declared a jubilee year for its martyrs, whispers were already circulating, hinting at the possibility that the country would receive news from Rome of several new beatified Salvadorans this year.

The whispers began with a poster circulated in early January on the occasion of the World Day of Peace, featuring St Oscar Romero, Jesuit Father Rutilio Grande and Franciscan Father Cosme Spessotto. Was this a hint, some speculated, about an upcoming beatification of the Franciscan and the Jesuit this year?

The Vatican announced last month that Pope Francis had recognised the martyrdom of Father Grande and two companions, clearing the way for their beatification.

There's also the hope that this year, too, will bring about the declaration of martyrdom for Father Spessotto, an Italian who lived for decades in El Salvador and was killed in 1980 after denouncing government injustices against the country's poor and vulnerable.

Like St Romero and Father Grande, killed for the same type of reasons – siding with the poor and demanding their rights be respected – the expectation is that Father Spessotto, too, will be declared a martyr. If that comes to fruition, El Salvador could celebrate four beatifications this year.

"Martyrdom is the greatest testimony of faith, because it faithfully reproduces Christ, giving his life so that others can have life in abundance," the episcopal conference of El Salvador said in announcing a Jubilee Year of the Martyrs, which was set to begin with the observance of the 43rd anniversary of the martyrdom of Father Grande and his companions March 12.

It was to be followed by several 40th anniversary observations, including the martyrdom of St Romero March 24, more than 650 civilians killed in a massacre at the Sumpul River May 14, Father Spessotto's killing July 31, and the assassination of four US Catholic churchwomen – two Maryknoll missionaries who served in the area of Chalatenango, in northern El Salvador, raped and assassinated Dec. 2, 1980, along with another US nun and a lay missionary.

All were killed during the 12-year civil war in El Salvador, from 1980 until 1992, a conflict produced by an environment of great socio-economic disparity between the country's rich and poor, one which many members of the Catholic Church denounced.

It is unclear where the official events stand in light of recent developments of the coronavirus pandemic.

Official observations for Father Grande's martyrdom were canceled due to the church's precautions taken to prevent the spread of the virus, but hundreds still turned out to mark the day. At that time, on March 12, El Salvador had registered no cases of COVID-19.

The Vatican has not yet given a date nor place for the beatification ceremony for Father Grande and his companions, though before the pandemic, the archbishop of San Salvador speculated that it would be a matter of months.

"Our martyrs intercede for us," the Salvadoran bishops said in a joint statement announcing the jubilee. "They gave their lives and are with us in our pilgrimage of faith."

Until the canonisation of St Romero in 2018, there were no official Salvadoran saints, though many Salvadorans throughout the decades, since the 1980 killing of St Romero, prayed for his intercession and long considered him a holy person.

Today, the Archdiocese of San Salvador even boasts a canonisation office at its headquarters.

The archdiocese also has promoted an August pilgrimage to Ciudad Barrios, the birthplace of St Romero; the pilgrimage grows in attendance each year.

Though not as well-known as St Romero, Father Grande, too, has long had a following of his own. When Archbishop Jose Luis Escobar Alas of San Salvador held a news conference in late February to answer questions about events following the Jesuit's declaration of martyrdom, he told the media that no doubt many have already attributed miracles to the heavenly intercession of Father Grande.

Pope Francis, a fan of the Salvadoran Jesuit, has said that Father Grande's first "miracle" was St Romero, believed to have undergone a form of conversion to more boldly defend the poor after seeing the bullet-ridden body of Father Grande, along with an elderly parishioner and a teenager, after they were fired upon on the way to a novena for St Joseph in 1977.

Father Grande was ostracised, even by the church in El Salvador, for defending the rural poor masses of the area where he served from 1970 until his death. But his denouncement of injustice became a model followed not just by St Romero, who later was called "the voice of the voiceless," but particularly by Catholics in El Salvador who continued calling out violations against civilians until they, too, were silenced.

But 40 years later, the bishops of El Salvador hope those martyrs' voices become louder than ever, which is what's behind highlighting their lives in this jubilee year.

To follow in the footsteps of the martyrs' calls for justice, the bishops, too, called out what they see as modern injustices in El Salvador today.

In their letter announcing the jubilee year, they said they asked the general assembly for an authentic law of reconciliation, one to serve those with grievances or loved ones killed during El Salvador's civil conflict that officially began in 1980; for a "general water law," one against privatization of water and guaranteeing it as a public good; they also called for a new pension system for retirees and expressed solidarity for migrants and those who are victims in one form or another: "We pray for them and advocate for their rights to be respected."