Archbishops back Mothering Sunday as day of prayer

Tomorrow, in an ecumenical initiative, all are being asked to light a candle, and pray. 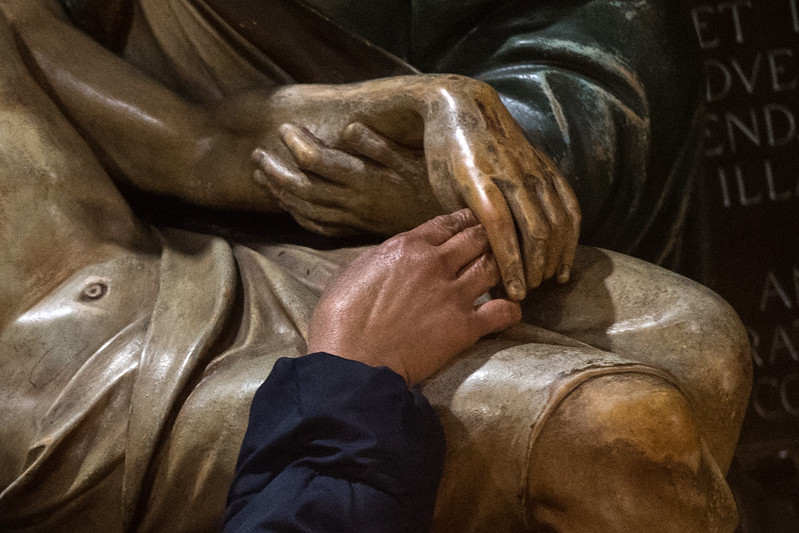 The Cardinal Archbishop of Westminster and the Archbishop of Edinburgh and St Andrews have joined an ecumenical initiative urging Christians to take part in a National Day of Prayer and Action tomorrow, Sunday, 22 March.

The church leaders are asking all Christians to light a candle in their window at 7pm this Sunday, “as a visible symbol of the light of life, Jesus Christ, our source and hope in prayer.” The open letter is the biggest ecumenical response to the Covid-19 pandemic in Britain thus far.

The National Day of Prayer and Action is backed by the moderators of the Church of Scotland and the Free Churches, the Anglican Archbishops of Canterbury and York, and representatives from the Orthodox, Evangelical, and Pentecostal communities in Britain. Among the Catholic figures signing the statement are Cardinal Vincent Nichols, Archbishop of Westminster, and the Archbishop of Edinburgh and St Andrews, Leo Cushley.

Although the open letters signed by Scottish and English and Welsh religious leaders are slightly different, both call for the lighting of a candle. The Scottish letter also includes a special prayer to be said whilst lighting the candle, asking that “the light shining from our windows.. be reflected in our hearts and hands and hopes.”

In their joint statement, the church leaders, presidents of Churches Together in England say: "This Mothering Sunday, 22 March, we are calling all churches to a National Day of Prayer and Action. At such a time as this, when so many are fearful and there is great uncertainty, we are reminded of our dependence on our loving Heavenly Father and the future that he holds. At 7pm this Sunday, light a candle in the windows of your homes as a visible symbol of the light of life, Jesus Christ, our source and hope in prayer."

As well as calling for prayer for the sick, for healthcare workers and for other participants in the fight to limit the impact of the coronavirus outbreak, the statement emphasises the duty of care that Christians have towards the most vulnerable amongst us. The letter recommends that Christians “take the opportunity to telephone or email someone who is isolated, buy some additional food for a local food bank, or offer to deliver shopping for an elderly neighbour.”

The statement is supportive of the widespread suspension of public services across Christian denominations in recent days, stating that: “Wisdom and flexibility about worship gatherings are a key part of our Christian discipleship during this period.”

The call has been compared to previous National Days of Prayer held during periods of crisis by supporters, with the Anglican Bishop of Lancaster, the Rt Rev. Dr Jill Duff, comparing the initiative to similar events held during both world wars.

Bishop Duff described the Day of Prayer held during the Dunkirk evacuation in 1940, and said that what was needed in the present day was a “miracle” along similar lines to the “miracle of Dunkirk”.

The Salvation Army has also asked members to pray, at noon tomorrow.

The Tablet has set up an online collection of resources  on the Coronavirus outbreak for Catholics, which can be found here.