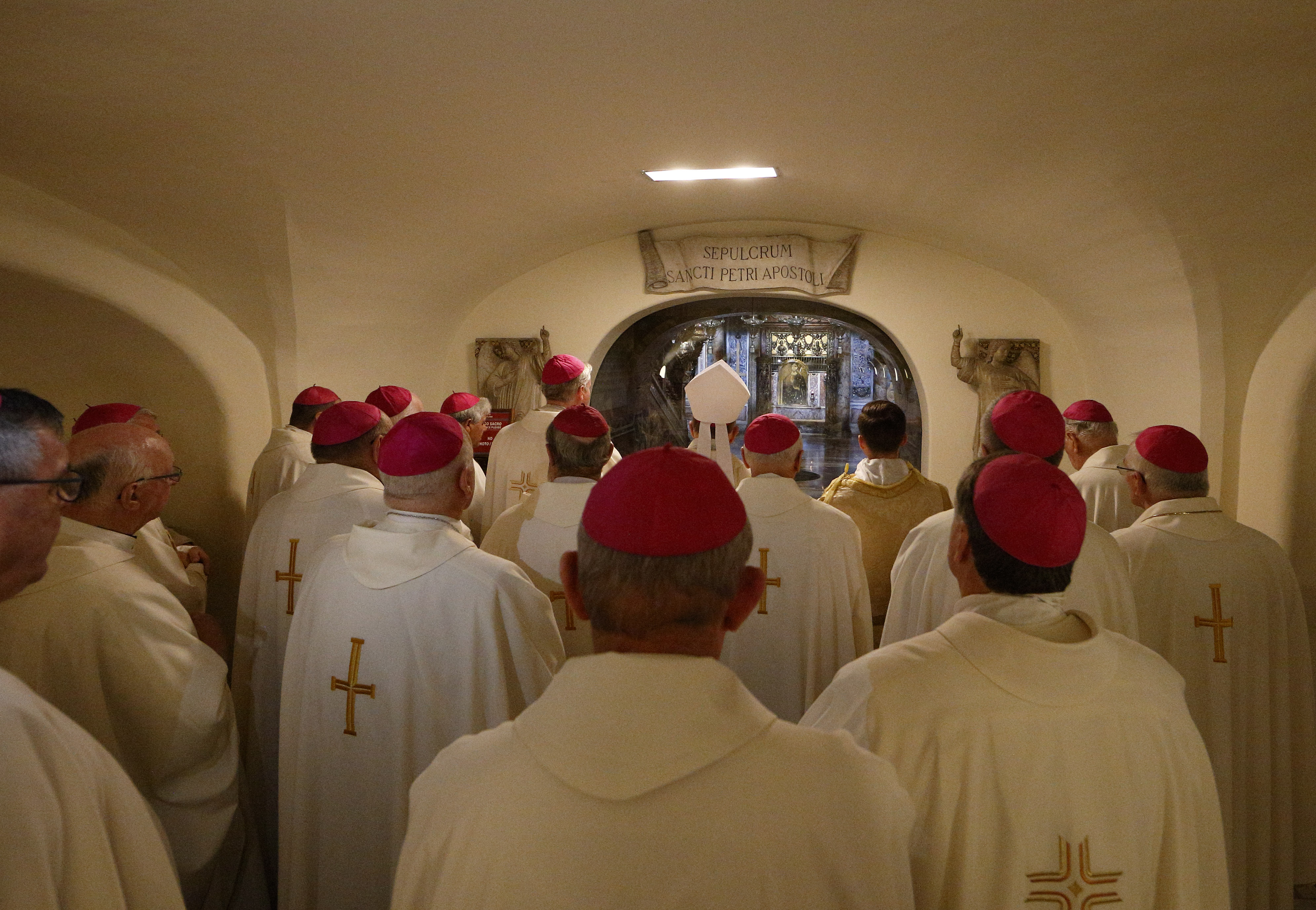 Burke: 'I disagree completely with a number of Mr Bannon’s statements regarding the doctrine and discipline of the Roman Catholic Church' 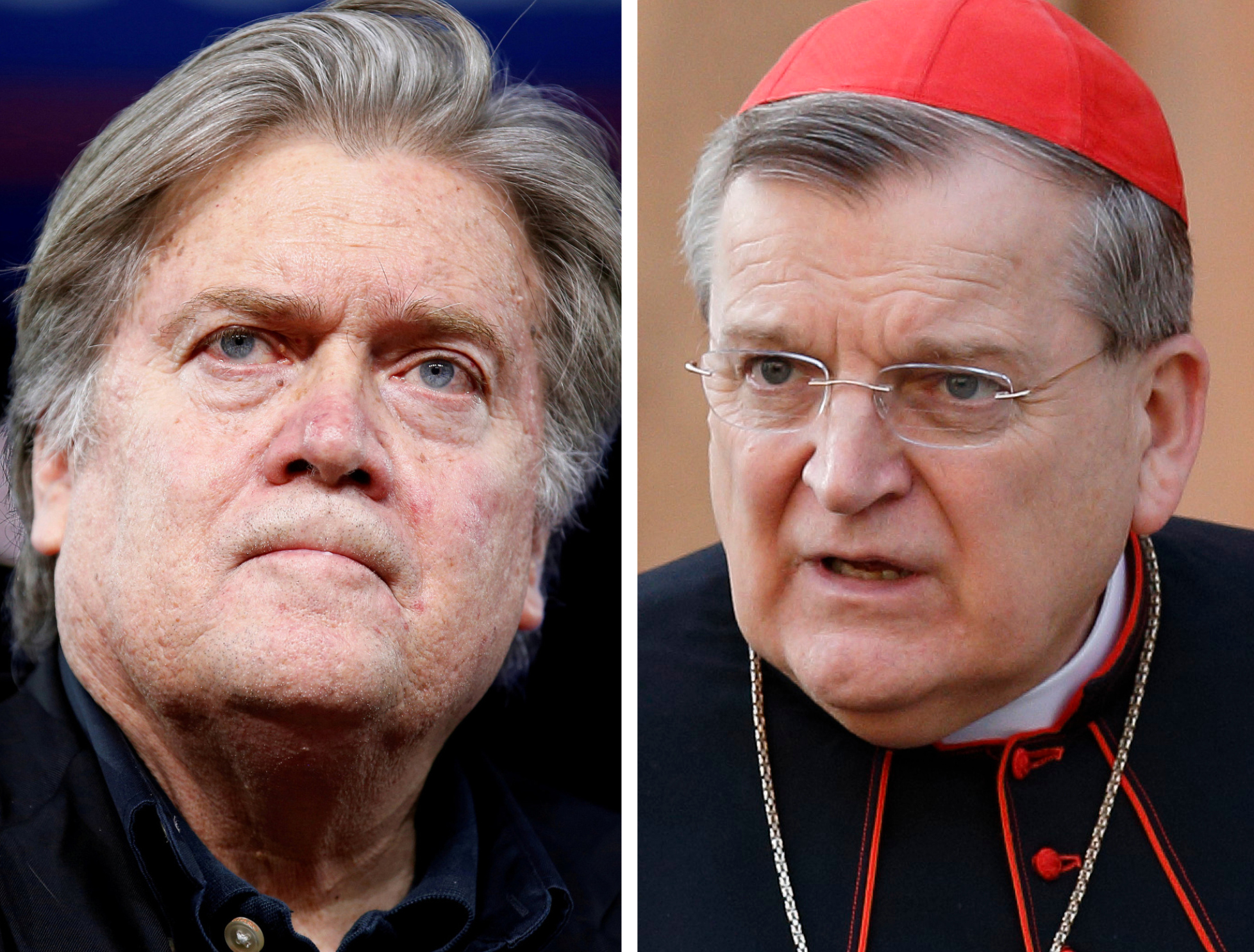 Divisions have broken out among critics of Pope Francis after Cardinal Raymond Burke cut his ties with Steve Bannon over a disagreement with politics and a book about homosexuality in the Vatican. The cardinal has also accused a Catholic news site, closely associated with opposition to the Francis pontificate, of failing to check facts.

In a statement released on his Twitter account, the United States cardinal said he was resigning from the Dignitatis Humanae Institute, the vehicle through which Mr Bannon is hoping to set up a “gladiator” school for populists. That project has been called into question after the Italian government announced they were revoking the lease on a monastery that would have been the gladiator school's headquarters.

The cardinal said that Dignitatis Humanae - a pro-life organisation set up to support Christians in public life - had drifted from its original purpose and was now “more and more identified” with the political programme of US President Donald Trump’s former chief strategist.

Mr Bannon, who has advised Italy’s far-right interior minister Matteo Salvini, views the pope as an opponent of his nationalist, populist movement, while the cardinal is a leading dissenter against Francis over his family life teaching. The cardinal had been in a senior advisor role at Dignitatis Humanae. He has met with Mr Salvini and appeared sympathetic to the anti-migrant rhetoric of Bannon.

But there is another factor behind his resignation. In a statement, the cardinal cited a Lifesite news report suggesting he was involved in a meeting between Mr Bannon and Frederic Martel, the author of “Inside the Closet,” an explosive book on homosexuality in the Vatican. Mr Bannon met with Mr Martel on 19 May, reportedly to talk about turning the book into a film. Lifesite news is one of several Catholic media outlets in North America spearheading criticism of Francis’ pontificate and was one of the platforms chosen by Archbishop Carlo Maria Viganò to release his 26 August testimony against the pope.

“LifeSiteNews made no contact with me to verify my possible involvement,” the cardinal said. “Given the overall content of the article and given several statements made by Mr Bannon in the article, I must make the following clear: I do not, in any way, agree with Mr Bannon’s assessment of the book in question.”

He added: “I am not at all of the mind that the book should be made into a film. I disagree completely with a number of Mr. Bannon’s statements regarding the doctrine and discipline of the Roman Catholic Church.” The cardinal also explained that it was “objectionable” that Mr Bannon is “calling into question the church’s discipline of perpetual continence for the clergy.”

In his book, Mr Martel mocks the cardinal as “unstraight” and includes a long, elaborate description of the Burke’s apartment while he waited for the cardinal who never turned up due to a scheduling conflict.

“The respected Catholic news portal LifeSiteNews recently published an inaccurate report with views attributed to Steve Bannon that erroneously claimed to have been approved by him. In recognition of this fact, LifeSiteNews withdrew the article immediately,” he said.

“Neither the DHI nor Cardinal Burke were involved in setting up the meeting between Steve Bannon and Dr Martel in regard to buying the film rights to his book; this was done directly by me in a personal capacity.”

He added: “Cardinal Burke has been a principal guiding figure to the DHI, not to mention a good friend, over many years.”

Lifesite news offered apologies to Cardinal Burke and said they “regret any harm to His Eminence that may have come from our mentioning his name.”