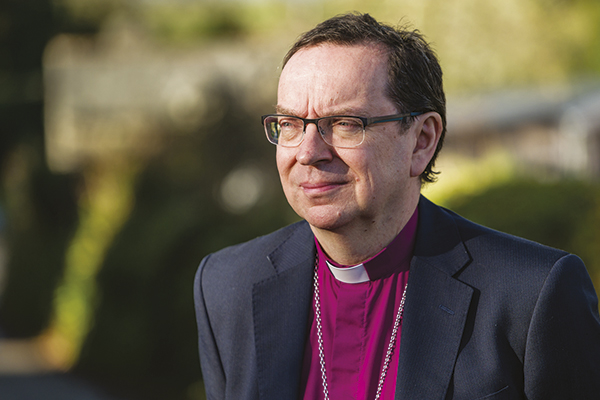 The Prime minister and foreign secretary used their Easter messages to highlight the cause of persecuted Christians around the world, despite the heads of the Churches in England decrying as “limited” a much-lauded government inquiry into persecution.

On Good Friday the foreign secretary, Jeremy Hunt, revealed that he had written 40 letters to persecuted Christians to mark Easter. The letters, sent to individual Christians as well as church groups and leaders in countries where Christians suffer the most serious persecution, express the government’s solidarity with those whom the foreign secretary described as “the world’s most persecuted group”.
In his message Mr Hunt said that Easter started with persecution “but ends in salvation”.

Countries that persecute people because of their religion also abused other human rights, the foreign secretary said. “So this Easter, whether you’re a Christian or you have another faith, or no faith, spare a thought for the 245 million Christians facing persecution worldwide,” he continued.

The first letter from the foreign secretary was sent to a 90-year-old Dutch missionary, Br Andrew, founder of Christian NGO Open Doors. During the height of the Cold War, Br Andrew risked his life to support persecuted Christians by smuggling Bibles to them. In his letter to Br Andrew, Mr Hunt said that, as a Christian, free to practise his faith in line with his conscience, he was “appalled” at the plight of the many Christians worldwide currently facing persecution as a result of their belief.

In a statement the Foreign Office said that the UK’s foreign policy response “has not always reflected the suffering of persecuted Christians”, and noted that on average 300 Christians were killed every month because of their faith. “That is why the foreign secretary has commissioned an independent, global review into the persecution of Christians led by Bishop of Truro, Rt Revd Philip Mounstephen,” a spokesman said.

The global review was also mentioned by the prime minister, Theresa May, in her Easter message. Mrs May said she would spend Easter “giving thanks in church”, but noted that for many Christians around the world “such simple acts of faith can bring huge danger”. “Churches have been attacked. Christians murdered. Families forced to flee their homes. That is why the government has launched a global review into the persecution of Christians. We must stand up for the right of everyone … to practise their faith in peace,” Mrs May said.

However, Cardinal Vincent Nichols and the Archbishop of Canterbury, Justin Welby, criticised the scope of the inquiry, warning that it should be expanded to include departments beyond the Foreign & Commonwealth Office (FCO) and calling for better religious literacy across Whitehall.

“The government’s work promoting FoRB [Freedom of Religion or Belief] should not be seen as an isolated strand of diplomatic activity, but incorporated into aid, trade, resettlement, asylum and security policy,” they wrote.

Citing the example of Islamic State’s destruction of Christian towns in Northern Iraq, they pointed out that some of the critical long-term challenges to Christian communities and other religious minorities experiencing persecution are linked to poverty or economic hardship. UK aid – administered via DFID – should therefore take this into account.

“The Department for International Trade (which has offices in 12 ‘human rights priority countries’ where the FCO has concerns about FoRB violations) should make human rights including FoRB an intrinsic part of its mission,” they add. Cardinal Nichols and Archbishop Welby also called for the Special Envoy on Freedom of Religion or Belief to be a dedicated post, not one combined with other roles.