'We know what we can do, and what we have to do becomes an ethical imperative' 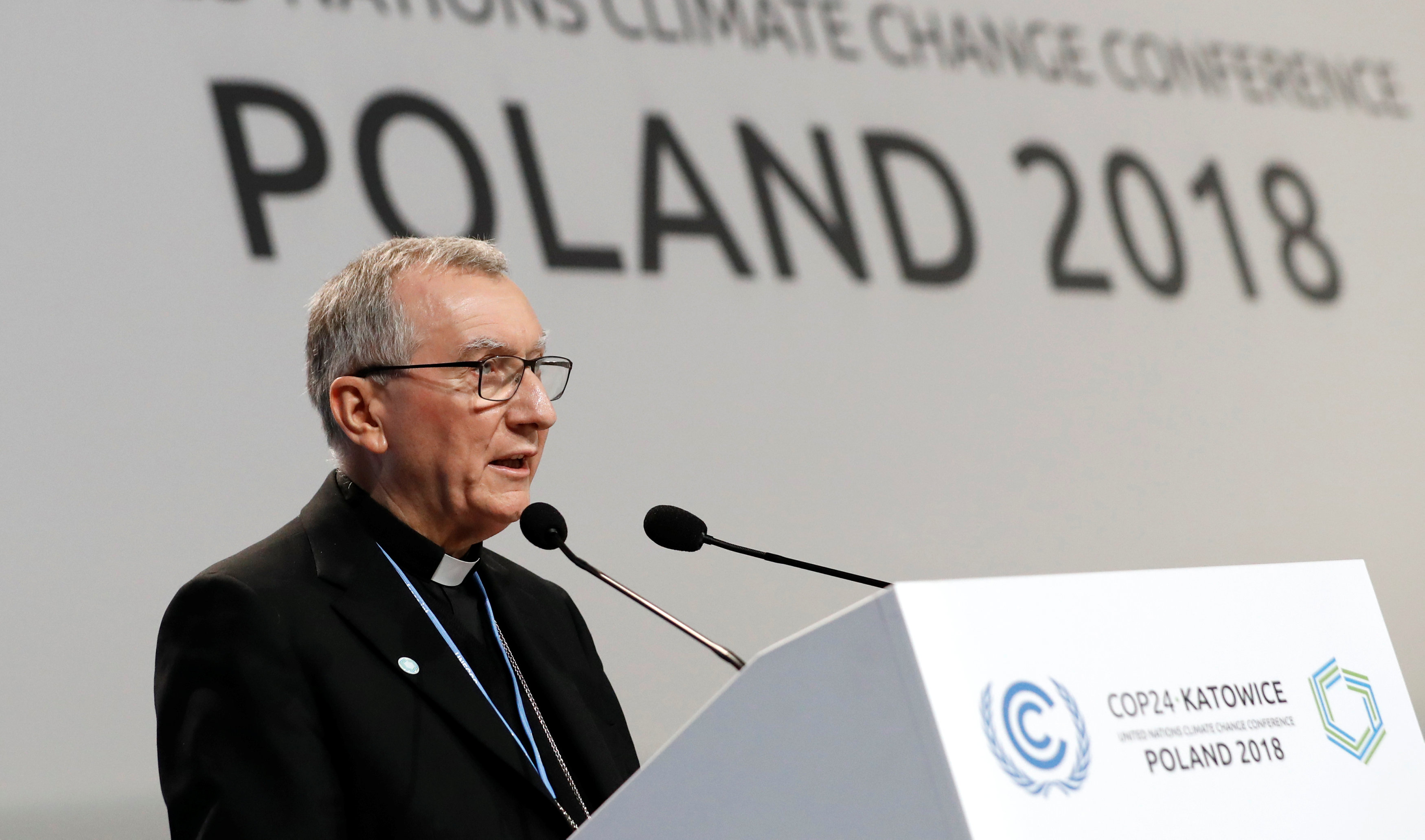 The Vatican challenged countries gathered for the 24th UN Climate Change Conference to focus on the needs of the present and the future as it worked to take swift action.

Cardinal Pietro Parolin, Vatican secretary of state, addressed the conference, COP24, in Katowice, Poland, 3 December and told participants, "We are standing before a challenge of civilisation for the benefit of the common good."

"The Katowice meeting has the fundamental task of developing the Paris Agreement Work Program. This document should be a solid set of guidelines, rules and institutional mechanisms, aimed at facilitating a fair and efficient implementation of the agreement, particularly at the national level," the cardinal said, adding, "We are all aware how difficult this endeavor is."

"We know what we can do, and what we have to do becomes an ethical imperative," he told conference participants.

The cardinal said COP24's guidelines should have "a clear ethical foundation," including "advancing the dignity of the human person, alleviating poverty and promoting integral human development," with "transparent, efficient and dynamic" measures.

"It is still possible to limit global warming, but to do so will require a clear, forward-looking and strong political will to promote as quickly as possible the process of transitioning to a model of development that is free from those technologies and behaviors that influence the over-production of greenhouse gas emissions," Cardinal Parolin said.

Speaking at a 3 December news conference, UN Secretary-General Antonio Guterres said commitment to combat climate change was "felt in all religions," and he praised the "very positive position" of Pope Francis on the issue.

Josianne Gauthier, secretary-general of the Brussels-based CIDSE, a network of Catholic development agencies in Europe and North America, said Cardinal Parolin's statement had "set the tone" by echoing the hopes of Catholic groups.

"Our main concern is that ambitions shouldn't now slow down or reverse, so we on the ground will be very much behind the Holy See delegation," she told Catholic News Service. "Church representatives are meeting people constantly, lobbying decision-makers, and encouraging governments and states to have the courage of their convictions and push the agenda forward."

"After this very positive beginning, we now need everyone to step up with the kind of commitments public opinion is demanding and vulnerable countries (are) urgently needing, helped by the church's moral leadership," said Gauthier, a Canadian Catholic.

She said CIDSE had joined other faith-based organisations in a 2 December interreligious forum at Katowice's St. Stephen Church to coordinate a "generate input" to the conference, which runs until 14 December and is expected to agree on implementation guidelines for a 1.5-degree Celsius limit on temperature increase, adopted under the 2015 Paris Climate Change Agreement.

Churches and religious groups are to stage a 8 December climate march and joint "day of reflection, celebration and commitment renewal" on 9 December in Katowice's Catholic cathedral, organized by the Katowice Archdiocese, CIDSE, Caritas Internationalis, Franciscans International and the Global Catholic Climate Movement.

"It's important now to keep public opinion mobilised through external events, so those involved show courage, feel supported in their work and interact with civil society, rather than taking policy decisions in a bubble," Gauthier told CNS today.

At least 20,000 people from more than 190 countries are attending COP24, including government representatives, academics, business leaders and climate activists from around the world.