Grape of the moment

Cardinal Herbert Vaughan: the editor with a mission 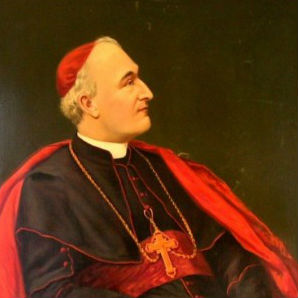 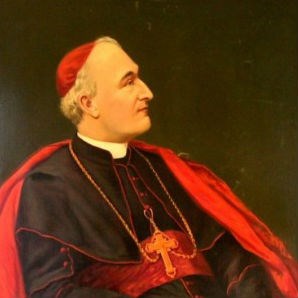 Herbert Vaughan was 36 years of age and a priest of the Westminster Diocese when he purchased The Tablet in the summer of 1868 for £900.

He had become convinced of the importance of a Catholic press. The idea had been planted at his home in Courtfield in Herefordshire. His father, John, who belonged to an old recusant Catholic family, had studied in Paris, where he had stayed in the home of a Catholic journalist and printer. His mother, Eliza, a convert, is said to have prayed assiduously that all her children would become priests or nuns. 11 out of the 13 did: six of her eight sons were ordained priests, and all five of her daughters entered the religious life.

It was also at Courtfield that her eldest son Herbert, born in 1832, first began to think of a life of adventure for God as a missionary. After schooling at Stonyhurst, Downside and the Jesuit College at Brugelette in Belgium, and training for the priesthood in Rome, Vaughan was ordained in 1854, at the age of 22. Within a few years he had convinced Cardinal Wiseman and the bishops to agree to an audacious proposal to build a seminary in England that would train priests to serve on missions throughout the British Empire.

At the end of 1863 the young Fr Vaughan began a journey to the Americas to raise the money needed to put his plan into action. It was on this trip that the dream of owning a Catholic newspaper also took shape. He later wrote to James Alphonsus McMaster, the owner of the New York Freeman’s Journal and Catholic Register, expressing his belief in the potential power of newspapers to win hearts and minds: “No one can appreciate more highly than I do the great mission of the Catholic press in these days of steam and universal education.”

When Vaughan returned from his travels in July 1865 he had enough money to start what would become St. Joseph’s College for the Foreign Missions in Mill Hill in March 1866, and he was also able to look around for a newspaper to buy.

Some friends thought he also returned with a slight American accent that remained with him for the rest of his life. When he learnt that its proprietor, John Wallis, had put The Tablet - which had been founded in 1840 - up for sale, Vaughan decided to buy it. His biographer, John Snead-Cox, was to describe it as “the luckiest investment of his life”. Now he had his college, and he had his newspaper.

The costs of running Mill Hill were to some extent to be subsidised by the newspaper. In June 1881 Vaughan wrote to his close friend, Lady Herbert of Lea, about The Tablet: “I must do all I can to increase its efficiency and to get fresh subscribers whenever I can. Mill Hill in great measure depends on it.” Vaughan added that after his death, the newspaper would be “left entirely to the College”, but he was later to change his mind about that.

Vaughan’s ownership of The Tablet did not begin well. He was inexperienced and intolerant. In his first issue of 7 November 1868 he set out a “Statement of Principles” which committed The Tablet to “maintain, without compromise or reserve, the great truths which have been so clearly declared to us by Pius IX; and in all things touching the revealed and moral law we shall be guided by the Vicar of our Lord.” He would refuse to accept any criticism of episcopal decisions on matters of doctrine, discipline or ecclesiastical government.

The views, temperament and combative style of the new editor did not endear him to many readers. The French historian Montalembert wrote sarcastically, “How unfathomable are the designs of God in allowing such oracles as Dr Ward [W.G. Ward, the editor of The Dublin Review], Mr Vaughan, and others to be representatives of Catholic intelligence in the eyes of that immense Anglo-Saxon Race which is so evidently intended to cover the whole modern world.”

Vaughan was accused of using “odious and unchristian language.” In 1874 criticism of The Tablet and Vaughan became so intense that he wrote from Salford, where he had been appointed bishop in 1872, to Canon Peter Benoit, the rector at Mill Hill. He wanted to transfer proprietorship of the newspaper to Benoit “so that you may have to go to prison or be fined instead of me. In case of need! And in the point of my death carry it on for the college—you will have nothing to do—and I will retain all responsibility and management...as usual…”

Vaughan was conscious of his limitations as a newspaper editor. “He had had simply no journalistic experience and very little literary training,” Snead-Cox observed in his biography. “All his life he had had an impatience, which was half contempt, for the graces of style, and he had very little feeling for the value of words …. His was an innocence which in a journalist became disconcerting.”

At first Vaughan did much of the editing himself. He described how late at night he would translate some papal document while suffering from cramps in his fingers and his legs, “because he could not stretch them out while his sub-editor was curled up asleep under the table.” In his 1990 history of The Tablet Michael Walsh writes that under Vaughan the design and printing was improved and the emphasis changed from a newspaper format to that of a serious magazine, and it began to call itself a “Weekly Review.”

In 1872, when Vaughan became bishop of Salford in Lancashire, he brought in an old friend, George Elliot Ranken, to become editor. “Ranken was of all Tablet editors perhaps the most unassuming—and as a Franciscan tertiary, possibly the most devout,” according to Walsh. Vaughan chose Snead-Cox, his relative and later his biographer, to take over from Rankin as his editor in 1884.

According to Snead-Cox’s obituary in The Tablet, “On all major issues, Snead-Cox, as editor, and Herbert Vaughan, as proprietor, were in almost instinctive agreement.”

In 1892, Vaughan succeeded Henry Manning as Archbishop of Westminster, and he became a cardinal the following year. By then he was no longer the hands-on owner-editor of the early days. The Tablet had published letters “week after week” attacking an address given in Birmingham on the “temporal power of the Pope” by William Samuel Lilly, a Cambridge convert and writer who knew Vaughan. A mutual friend brought this to the attention of Vaughan, who wrote to Lilly to express his regret. “I will take good care that this matter shall drop. I write this hurried line to express to you my good will and my earnest hope that we may work together for many years to come. God bless you. Yours, H. Abp. Elect.” Lilly reproduced the letter years later to show another side of Vaughan.

Herbert Vaughan died at ten minutes before midnight, Friday 19 June 1903, at St. Joseph’s College. His funeral was the first solemn religious service to take place in Westminster Cathedral, the cathedral he built during the final years of his life. But he was buried 12 miles away in Mill Hill. Students carried the coffin. A small crowd of school children and neighbours were at the gravesite. Under tall trees on a small rise above the college and chapel that trained his missionaries, his grave remained for one hundred years until it was transferred to the Cathedral in 2005. It lay below a large wooden cross he had rescued from a roadside in the Tyrol on one of his trips to the continent to recruit and raise funds for his projects.

Vaughan had begun leaving instructions for his executors in December 1899. He directed that The Tablet’s net income was to be shared each year between the work of his missionaries at Mill Hill and the Westminster Archdiocese to help carry out the daily liturgical services at the cathedral. In 1935, the Archbishop of Westminster, Arthur Hinsley, and the Superior General of Mill Hill decided to sell the paper, which was now making a loss, and the following year it passed into lay ownership after 68 years under clerical control.

Cardinal Herbert Vaughan’s brother, Fr Bernard Vaughan SJ, spoke at the Mass at St. Joseph’s College. He thought his brother’s motto at Westminster, Amare et Servire, “To love and to serve”, had been the secret of his life. It had been a “sort of rallying cry to the forces of his great and energetic soul.”

Robert O’Neil MHM is the author of Cardinal Herbert Vaughan.

Cardinal Vincent Nichols will celebrate a Mass in thanksgiving for the Mill Hill Missionaries in Westminster Cathedral on Saturday 19 March at 12.30pm. 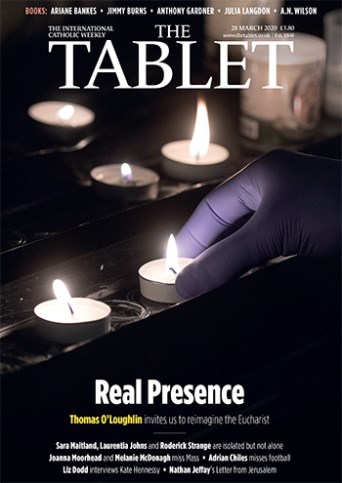