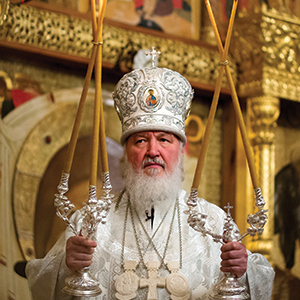 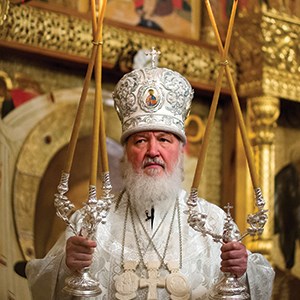 The historic meeting between Pope Francis and Patriarch Kirill is being seen as breaking years of deadlock between the Catholic and Orthodox churches. But making further progress will mean solving not only theological but also territorial and political problems Pope Francis was due to meet Patriarch Kirill in Cuba on Friday, and the eyes of Christians around the world were expected to be on them. If all went as planned, the encounter, at Havana’s José Martí airport during Francis’ journey to Mexico, will have been the first in history between a reigning pontiff and a Russian Orthodox head since the churches split 1,000 years ago. And while last week’s joint communique said the meeting would follow “long preparation”, it also came as a surprise.

Comment by: Posy
People always seem to forget the short-lived re-union with the Byzantine church that arose from the Council of Ferrara-Florence of the 1440s.
Comment by: myrtat
Yes, let's all jump on the inaccuracy bandwagon! Francis and Kirill to bring Catholics and Orthodox together is your headline. Luxmoore's article is somewhat more nuanced than the headline, yet it fails to remind the reader that of all the Orthodox Churches the Russian Church has in fact been among the most obstinate in opposing real strides forward in Catholic-Orthodox relations. Any "progress" has served as a means to bolster the Russian Church's position vis-a-vis Constantinople rather than truly move things forward. Note Moscow's reluctance to move towards a common Christian date of Easter. Alas, this impoverished reporting is just par for the course. All the reporting around this meeting has been dreadful.
The often cited meeting of Pope and Patriarch “first in a thousand years” belies terrible historical knowledge on the part of journalists. 1054 is the poorly assigned date of the split between Constantinople and Rome. The Patriarch of Constantinople and the Bishop of Rome began the process of healing their relationship by meeting (Pope Paul VI and Patriarch Athenagoras) in 1964.The Russian Orthodox Church in Moscow only dates from the 15th century and the Patriarchate (self-proclaimed) was only established in 1589. This meeting is historic: it marks the first time that the Russian Orthodox Church has in fact engaged in such a positive gesture towards the Catholic Church. Why do this? Probably to strengthen their position within the Orthodox world.
Comment by: Protopresbyter
An interesting article, but Jonathan Luxmore gets it really wrong when he swallows the line that "youthful and inexperienced bishops" of the Ukrainian Greco/Catholic Church helped stoke the uprising against the thuggish Yanukovych. I watched it all and saw no such thing. The accusation that Bp. Borys Gudziak came close "to inciting conflict" is simply libel. Retired patriarch Cardinal Lubomyr Husar was there with the younger bishops. He is the most trusted man in Ukraine, and he is hardly young and inexperienced. The bishops were with their flick as shepherds, praying with them and for them. This is the same the clergy do everyday in schools, hospitals, soup kitchens, prisons, the military: they stand with their people in a ministry of presence. How many conversions occurred during the revolution of dignity in Kyiv! People felt God's presence who were atheists before. I expect a retraction and apology from Jonathan Luxmore and the Tablet. Many other things the author does get right, but this point was absolutely wrong.
Next
Article