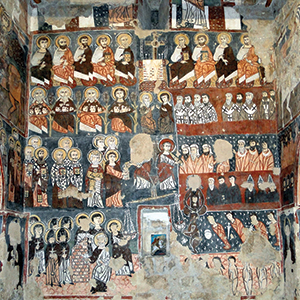 We cannot walk by on the other side 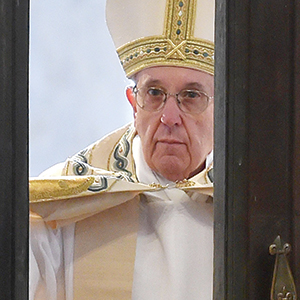 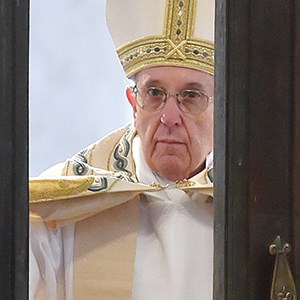 As the Jubilee Year begins, a leading biblical scholar shows that the mercy and compassion of God is a theme deeply rooted in the Scriptures, from Genesis to the gospels

There is a tired cliché that goes back a long way in Christian history: the God of the Old Testament is bad-­tempered and unmerciful, like an old-fashioned headmaster, while the God of Jesus is “awfully nice”. There is a danger that the cliché might take on new lease of life now that the Year of Mercy declared by Pope Francis has begun.

So this is a good moment to examine the picture of mercy in the extraordinary library that we call the “Bible”, not least because, as he shows in Misericordiae Vultus, the bull in which he called the Holy Year, Francis himself is so at home in the Scriptures, not as a series of “proof-texts” but because he has prayed his way through them.

Consider how the story begins, with two accounts (in Genesis 1 and 2) of the creation of everything, for no better reason than God’s loving generosity, and how in the second of these accounts God created humanity by blowing into clay, and then planted a garden for the human to enjoy (Genesis 2:7-8).

At this point you might ask, restively, about humanity’s expulsion from the garden: where was the mercy of God there? If that is your question, then you might like to reflect on Genesis 3:21, where God is said to have “sewed leather garments” for the unhappy pair. That is not the action of an unmerciful God.

One of the abiding pictures of the Old Testament God is the beautiful image of the self-revelation to Moses (without exposing the divine countenance) as “The Lord, the Lord, a God of compassion and grace, long [that is, ‘slow’] on anger and abounding in love”, using no fewer than three Hebrew words (which I have here translated as “compassion, grace, love”), each of which can, confusingly, be rendered as “mercy”. The “love” word can mean “goodness” or “kindness”, with a hint of “fidelity” on the part of the Creator. The “compassion” word is connected in Hebrew, uncomfortably for us, with “entrails”, or “guts”, and with the “womb”, so it represents a maternal quality of God.

When you want to speak of the “Old Testament God”, you should always start with the Psalms, the prayer book of the children of Israel. So Psalm 25:6 begs God to “remember your compassion [‘womb’, again] and love”. This, the poet feels, is who God is.

Psalm 51, likewise, often used at services of reconciliation, and every Friday morning in the Roman breviary, starts with the “grace” word and joins to it the “love/fidelity” word, often translated as “have mercy on me … in your kindness”. And in Psalm 69:16 we read “answer me, Lord, for your love is good, in accordance with the abundance of your compassion [‘womb’ again]”. So we are warned not to be too precise in our translations, or to be too confident about their meanings.

What is clear is that the Old Testament knows all about the mercy of God; and that, of course, imposes demands on believers, which may account for the somewhat merciless aspects of certain texts. If you have been given God’s mercy, then that imposes an obligation to reciprocate.

We should also notice the way the Hebrew Scriptures end. In Hebrew the last book is 2 Chronicles, a rereading of the Books of Samuel and Kings, whose conclusion (2 Chronicles 36:23) is not simply Israel’s exile, the just punishment of their sins, but the unexpected promise of Cyrus to build a new Temple in Jerusalem, and the command that “whoever belongs to any of his people shall go up to Jerusalem”. The Greek Bible, on the other hand, and therefore that of all Christians, ends with Malachi, and a promise (inserted later) that “I shall send you Elijah the prophet”. Either way, therefore, the “Old Testament” ends with a sign that God’s mercy has still not come to an end.

The Septuagint, the Greek translation of the Hebrew Bible as it was read in Alexandria in the third century BC, offers a further warning against being too confident about the meaning of these “mercy” words, for it very often renders our “love” word as eleos, or “mercy” (connected, of course, with our old friend Kyrie eleison). This should act as another reminder that we ought never to be too confident about what all these words might mean.

That word reappears in the New Testament, where words related to eleos are abundant. In Mary’s Magnificat, God’s action is three times described as “his eleos”, on the first occasion “for all generations”, which fits Pope Francis’ desire for this mercy to be experi­enced by the entire human race, not just good religious people. Significantly, eleos is the word used by the lawyer in his grudging response to the parable of the Good Samaritan (10:36-37), when Jesus asks him, “Which one do you think became a neighbour to the one who fell among brigands”: “the one who did eleos”, he reluctantly replies.

Mark uses the verb that comes from this noun, at 5:19, when the cured demoniac is told to “go home … and tell them what great things the Lord has done for you and has mercied you”. This may remind us of the beatitude at the start of the Sermon on the Mount (Matthew 5), “Congratulations to the merciful, for they shall be mercied”, and that very challenging parable, to be found only in Matthew’s gospel, of the unmerciful servant (18:23), who had precisely failed to realise the mercy that God had done for him.

It is also Matthew who has the Canaanite woman cry “Kyrie eleison”, when she wants healing for her daughter. It is likewise Matthew who, very strikingly, even shockingly, twice quotes Hosea 6:6, to the effect that God prefers eleos to sacrifice.

Paul makes powerful use of the eleos root at Romans 11:30-31, where it is used three times, at the climax of his argument that God cannot possibly have abandoned the Chosen Race, his fellow Jews. You could do worse than read that section prayerfully, to the very end of the chapter. And eleos appears also in various early Christian blessings in the later part of the New Testament. So the idea runs the length and breadth of the NT.

And we are not finished yet; for there is another word for mercy, which appears in combination with eleos at Luke 1:78. It is connected with the Hebrew word we met before, the one that means “guts” or “entrails”. See how Mark describes Jesus’ reaction to the leper (1:41), which you could translate as “he was gutted” at the man’s plight; in Matthew’s parable of the unforgiving servant, mentioned above, that word is used by Jesus to describe the slave-lord’s reaction to the slave’s petition; the slave then goes and does precisely the opposite to his fellow-slave: he has not understood what has happened. Or compare Jesus’ reaction (Matthew 20:29) to the two blind men at Jericho (again, “he was gutted”).

There are other passages where the word appears, where “mercy” captures Jesus’ attitude to the mess in which human beings find themselves: pitying the hungry or shepherdless crowds, for example (Mark 6:30), or the widow at Nain who had lost her son (Luke 7:11).
Best of all, perhaps, there is the father’s reaction to the prodigal son: “He saw him, while he was still a long way off, and he was gutted and ran and fell on his neck and kissed him” (Luke 15:20). Paul makes use of the noun, “guts”, to convey his affection for the Philippians and for Onesimus, probably a runaway slave, in the delicate work of diplomacy that is the letter to Philemon.

There is no getting away from it, therefore; Pope Francis’ insistence on the mercy of God points to an essential element in the biblical portrayal of the Almighty. But does this mean (as some of the Pope’s adversaries are arguing) that we are dealing with a pushover God, and we can do what we like? If you think that (another tired cliché), then you have not been reading the Bible very attentively.

God’s mercy makes the highest possible demands of us, for we are created in order to radiate God’s image and likeness. Rules are very important. They matter, especially when we are very young and adolescent. As we mature, however (and all of us, of course, revert from time to time into adolescence, insisting, “But this is what the rules say”), we have to learn the courage to go beyond the rules into what God is really asking.

Jesus’ opponents were quite right to point to his somewhat casual attitude to the “rules”; the scribes in biblical times were quite as cross as Francis’ opponents are today, and they had (we must not overlook this) right on their side, as far as it goes. But there is a deeper reality, and we must not lose sight of it, which is the all-encompassing mercy of God.

We are invited to embrace this mercy and to live out its implications; and that can be uncomfortable.

Nicholas King SJ is the academic director, Theology, at St Mary’s University, Twickenham, south-west London; his translation of the Bible is published by Kevin Mayhew. 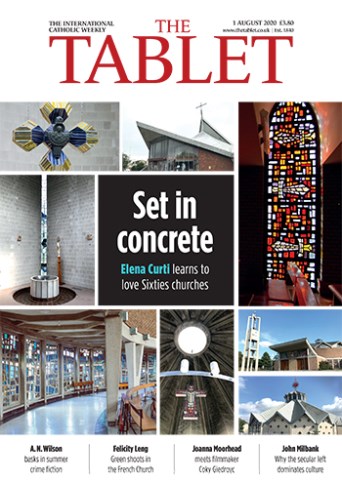