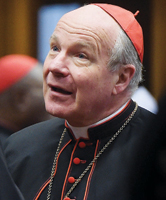 ‘We do not fall from heaven as saints’

Out of the blue 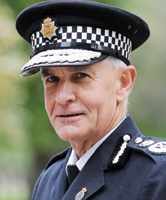 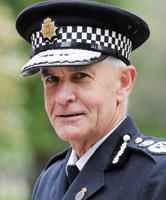 As Manchester reels from the shooting of a mother and child, the city’s outgoing chief constable tells Peter Stanford why we should be worried about growing social divisions

It was one of Sir Peter Fahy’s predecessors as chief constable of Greater Manchester Police who was known in the 1990s as “God’s Copper”. Sir James Anderton – like Sir Peter, a Catholic – was given the moniker by detractors on account of his public utterances claiming divine inspiration for his work. No surprise, then, that in his own seven years in charge of Britain’s fourth largest police force, Fahy has always avoided talking publicly about his faith. Until now, that is.

It may have something to do with his imminent retirement, at the tender age of 56, but God is what we are discussing in a greasy-spoon cafe, close to the Ministry of Justice building in central London. It all starts when Sir Peter explains why he believes being a police officer is akin to a vocation.

“I see vocation as a very important word,” he says, his East End working-class background still there in his accent despite his many years in the north-west of England. “I talk to new recruits about being in the police as a vocation, as a calling.”

For him, it certainly was, and in the strictly religious sense. One of two sons of Irish parents who came over to London in the late 1950s so his dad could work on the roads, he excelled at school – St Bonaventure’s in Forest Gate – and in the late 1970s graduated in modern languages from Hull University. Next, he recalls, he tried his hand at accountancy in the smart London offices of Arthur Andersen.

“I’d been there for about three months, when one day I went out for lunch and walked down Fleet Street. It was the last day of publication of the London Evening News and all these guys standing round were going to be made redundant. And I looked at them and thought, ‘I’ve lost my connection with you.’ It was something like a voice from God.”

The phrase hovers between us for a moment. It is almost as if Sir Peter has surprised himself by speaking in such unambiguous terms. “Or whatever,” he adds back-pedalling. “I don’t know. But anyway I went back to the office and handed in my resignation, and rang the police the next day.”

If it was a calling from on high, it did not come completely out of the blue. Pre-university, Sir Peter had already been sufficiently inspired by a police officer who came to the youth club at St Michael’s church in East Ham to think about a career on the beat, but the idea had faded. Home was in London’s dockland, he notes, and there was a residual distrust in the Irish community of the police. And vice versa.

“When I did join, they still did home assessment visits. Years later I saw mine. The officer had written: ‘This candidate lives among a number of active criminals but there is no evidence he consorts with them.’ It’s a lovely line.”

There was also family opposition to contend with – “my father didn’t speak to me for weeks” – but that strong sense that this was a God-given vocation carried the young Peter Fahy into the ranks of Hertfordshire Constabulary. “I can’t explain it in any other way than it was a bit of a ‘Road to Damascus’ occasion,” he says. “Ever since then, whenever I have had difficult times and questioned what I was doing, I have always thought, ‘No, it was your vocation’. I’ve felt that God is calling me.”

And there have been plenty of difficult times. One episode from his tenure as chief constable pops into his mind: “One of our local MPs accused me of being a social worker, not a copper. To some degree I plead guilty if that means looking at the wider social causes of crime, if it means realising that the Criminal Justice System is a vast waste of money because, at its worst, people come out of prison worse than they went in.”

“A waste of money” is strong language from someone who has spent 34 years as a police officer at the centre of the Criminal Justice System, the last 13 as a chief constable (he served in Cheshire before moving to Greater Manchester). Yet he is full of practical examples from the front line to show the failure to address the causes of crime at the same time as locking up criminals.

“We’ve done work in Greater Manchester, for instance, looking at the families who make most demand on the public service, including the police, and one thing that has really struck us is how domestic violence is such a strong element of their lives,” he says.

“Part of it is called ‘attachment theory’. Where young people grow up in a house where there is domestic violence, where they are not shown affection, they end up more likely to fail at school, to suffer alienation and bullying, and to end up on a conveyor belt into the juvenile justice system. The danger is that you are giving people a poor upbringing and then punishing them for having a poor upbringing. A lot of police officers see that and think, ‘If I had had your upbringing, I’d be on your side of the counter in the police station’.”

But Sir Peter feels there is little appetite higher up the chain for such insights in an era when police budgets are being slashed as public expenditure is reduced across the board. “There’s no question that the cuts have done damage because morale is low,” he reports. “I’m having quite a lot of officers leaving, because what is being affected is the chance to do problem solving. When you cut the police service, you have to keep on providing the emergency service. You still have to investigate crimes, so ­un­fortunately it is the longer-term re­lation­ship-building that inevitably suffers.”

Sir Peter is sounding pretty disillusioned. Is that why he is standing down at such a comparatively young age? “I wouldn’t say …” he begins, and then stops. With retirement so close, he apparently no longer feels he has to trot out the PR line. “It is certainly wearing trying to be positive with your staff when they can see no light at the end of the tunnel,” he says. “So some of the loneliness [of his job] is that your staff want you to speak out – as chief constable to be fighting the cuts – but the public and politicians don’t want that.”

Surely the public backs spending on the police? He shakes his head, saying: “Everything says the public are not bothered.  Look at the last election, policing and crime was not an issue.”

That may, of course, be because published figures suggest crime is falling, although in his patch, Greater Manchester, there has been a spate of shootings in the last 18 months, including that of a 29-year-old mother and her seven-year-old son on Monday night on their doorstep. “Things like property crime are absolutely coming down,” Sir Peter agrees, “as are assaults between strangers. But what you see growing is what I call the ‘dislocation of society’. We have, for example, a big problem with drug debts, so we have a lot of assaults whereby clearly something pretty nasty has gone on, but people will not tell us what has happened because it is enforcing a drug debt.”

Such crimes, he points out, tend to happen in marginalised communities, far from the gaze of those most able to shape public opinion. “I live in a nice village in Cheshire”, he says, “where you could be forgiven for thinking the most important crime people suffer is dog fouling. It is only because of the job that I do that I see the world as it really is in the deprived areas.

“So the dilemma is whether politicians and the public are concerned about what’s going on [in the deprived areas] and the fact that we are living in a more divided society. And to a lot of police officers, it seems they aren’t. Social dislocation is getting greater, but the argument remains about whether crime is going up or down.”

“Simplistic law enforcement” – concentrating on arresting criminals – is not enough, he believes. It is certainly not enough for anyone who takes their faith to work with them: “You work in the Criminal Justice System that on the whole is about blame, and is about a very clear idea of right and wrong. But in the society you are policing, it just isn’t that simple.”

He quotes with approval Pope Francis’ remarks on the causes of poverty and marginalisation: “He is raising some really uncomfortable stuff.” And Sir Peter is not, as should by now be obvious, a man who dodges “uncomfortable stuff”, which is why his retirement is not going to be filled with golf and grandchildren. Within days of hanging up his uniform, he is starting as chief executive of Retrak, a Stockport-based charity that gets children off the streets of African cities.

The initial connection came via one of his three grown-up daughters (he also has a son). He was so impressed by what she told him that he arranged each year for two teams of his officers to spend time in Ethiopia and Uganda with street children – and, whenever possible, he accompanied them.

“I absolutely loved it. I’ve been out to Uganda four times. It is a faith-based charity, so yes, it is related to my Catholicism, but the great thing about Retrak has been that I can go to Africa and be hands on. No one knows I’m a chief constable so I can do painting and acting like an idiot.”

He may be about to move from 10,000 staff to a workforce of just 180, but he says he cannot wait. “I’ve been praying quite a lot in terms of where I should take my life, and this just came up. It feels like another calling.”