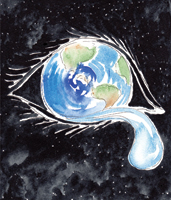 Common themes for our common home

Strangers in a strange land 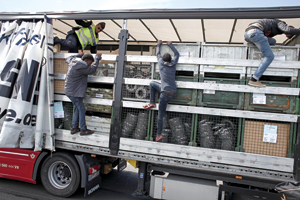 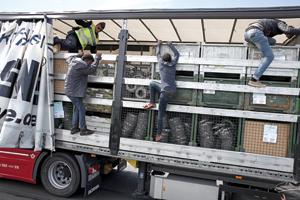 With the United Kingdom criticised for opting out of a European Union plan to resettle thousands of migrants from Africa and the Middle East, what should be the Christian response to immigration and does Scripture offer any guidance?

The story of the Old Testament is, in significant part, a history of migration. In many ways the theme continues for Jesus and later for members of the early Christian community who found themselves pushed as exiles and missionaries to every corner of the globe.

Through reflection on the person of Jesus Christ, and based on their experience of forming church communities, Christians appropriate the language of stranger and exile to describe metaphorically their condition in this world.

Using deliberately unsystematic, patchwork theology, I draw in three ways on the stories of Scripture alongside the asylum experience in order to find within them a resonance, meaning and echo to aid us in interpreting our contemporary stories.

The first parallel reading stems from the strong injunction in the Old Testament, echoed later in Acts, to exercise a particular care and welcome to those who are strangers. The Old Testament presents us with quite distinct language to carefully differentiate different kinds of stranger and sojourner. The two most relevant categories are those named in Hebrew as nokrim and gerim. These are “resident aliens”, the same term in its Greek form that the early Christians will use to describe themselves.

Nokrim are those described as literally looking different, the stem of the word coming from the verb “to notice”, they are those outside their own land and seemed to be viewed with mixed emotions by their host communities. Gerim refers to foreigners – those outside their own country – presented in need of protection and care in similar ways to orphans, widows and so forth. Strong requirements of social justice in relationship to gerim are clear:

You shall not deprive a resident alien or an orphan of justice … When you reap your harvest in your field and forget a sheaf in the field, you shall not go back to get it; it shall be left for the alien, the orphan, and the widow so that the Lord your God may bless you in all your undertakings. When you beat your olive trees, do not strip what is left; it shall be for the alien, the orphan and the widow … Remember that you were a slave in the land of Egypt; therefore I am commanding you to do this (Deuteronomy 24:17-22).

Such passages seem to focus less on the rights of the nokrim or gerim and much more on the responsibilities of the covenant community – the exhortation to the community of faith to ensure that in the light of the covenant they will uphold certain basic practices of welcome, hospitality, care and some responsibility to offer participation in festival and worship.

In addition, there is the requirement that the community of faith play a role in ensuring just relations between the powerful and the powerless. This role is perhaps easier to imagine in the context of a time when religious and political identities overlapped. In our times this can be more challenging, but ensuring fair legal process, economic dignity and freedom from abuse remains just as urgent now.

Scripture provides a powerful historical witness to the struggles of migrants, as well as providing an emotional and spiritual echo of the moral challenges facing the migrant and the receiving community. One of the striking features of the story of the Gibeonites (Joshua 9) is the moral complexity of a drama in which the Gibeonites in desperation find their own unique way to claim sanctuary within Israel’s protection.

Drying out their bread and putting on threadbare clothing, the Gibeonites create for themselves a false identity as a far-away people who have travelled for many days to make a treaty for peace and protection with Joshua. After testing them, Joshua agrees to the treaty only later to discover the trickery. Having made his treaty with them in the sight of God, he honours his commitment to guarantee their lives, but, to assuage the demands of the Israelites who feel cheated by this ruse, Joshua sets the Gibeonites to work as woodcutters and water carriers; servitude being the price for guaranteeing their lives.

Many asylum seekers today risk adopting a false identity through use of forged papers in order to leave their home country and gain entry to a safe country. By travelling in this manner, individuals risk prison sentences and criminalisation that can make their case harder to hear.

When Joshua challenges the Gibeonites to explain their conduct, they reply: “Because we were in great fear for our lives.” Many asylum seekers would recognise this central dilemma – to claim protection may require them to sacrifice much that counts as freedom, status and dignity. Far from the misleading media image of the asylum seeker as “here for a better life”, many refugees in order to secure their freedom give up much.

I am reminded of Christmas morning sitting in a detention-centre chapel talking to an anxious detainee, who said: “I am here because in Iran I would have been killed – I distributed materials against the Islamic regime. In Iran I was a car designer for BMW and I taught at the university. I was working for a PhD. I have a son – nine years old – the same age as yours. I could not even say goodbye to him. I came here on forged papers travelling across many countries to save my life but when I came here they gave me a prison sentence, because of the false papers. But how else was I supposed to come?”

The positive case for asylum seekers should not be made on the basis of the positive economic contribution that might or might not be made but on a fundamentally unswerving moral case for asylum that is able to recognise the ambiguous position that many find themselves in as they flee. This moral case rests theologically on the principle that God’s purposes, rooted in the creation of all humanity imago dei, are the care and redemption of all

One of the great strengths of the recent document by the Catholic bishops of England and Wales on welcoming migrants is the recognition given to the personhood, agency and faith of migrants themselves. Uniquely the Church values the contribution to community and mission made by asylum seekers.

As typified in the Book of Ruth, our scriptural tradition is strong. Ruth is a Moabite woman and widow who follows Naomi into a foreign land. Naomi is both Ruth’s mother-in-law but also someone who comes to symbolise Israel – complacent, embittered and unwilling to rely on God. God remains faithful to Naomi and Israel, but he shows this faithfulness through Ruth – the one who is “other”.

Ruth fulfils the stereotype we find elsewhere in Scripture of the woman who is viewed by society as unclean, different or “foreign” – but God uses her to lead people to recognise and worship him. Through Ruth, the stranger seeking protection becomes not just the one to whom God is loyal but who is also a God-bearer calling the wider community to faithfulness and encounter with God.

In Scripture, to be a person of faith is to be willing to live the contradiction that we are called to be placed and yet unsettled. The invitation that echoes down the ages is to live with particular attention to justice and care for those who are unsettled or dispossessed. Through such “charity in truth”, we continue to proclaim and enact the scriptural call to human flourishing that paves the way for authentic human development for all – not just those fortunate enough to enjoy the prior protection of a safe state.

Scripture stories and Catholic social principles both recognise that to be human beings fully alive, to be able to survive and thrive, we require a hospitable community into which we can integrate and others with whom we can enact relationships of social solidarity.

This is an edited version of a text being delivered today at a conference of sisters and laypeople of the International Association of the Canonesses of the Holy Sepulchre held at New Hall Preparatory School, Chelmsford, Essex.

Dr Anna Rowlands is a lecturer in Catholic studies in the Department of Theology and Religion at Durham University.

you don't need to quote scripture to develop a case for welcoming immigrants. In ancient Rome the concept of "hospes" imposed an obligation on homeowners to provide hospitality to strangers and travellers. However, Rowlands' prescription is too abstract and theoretical to help handle waves of immigrants. She completely ignores conditions in the receiving countries (like the UK) where there is much poverty, low incomes and substandard housing for the native-born British. Giving a Christian welcome to hordes of immigrants only exacerbates existing problems for residents who bear the brunt of newcomers who strain the economy, housing, and the welfare system. Rowlands proposals create a lose-lose scenario for everyone. No amount of Christian charity can make a silk purse out of a sow's ear---we need rational immigration policies that benefit existing residents as well as immigrants. Sadly, it is too often the inner city poor who bear the brunt of hosting foreigners---any scriptural exegesis that ignores this is just pie in the sky.