‘This is the time of mercy’

Nurtured and honed by a vibrant faith 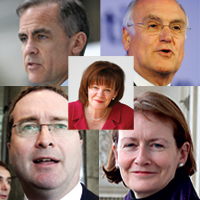 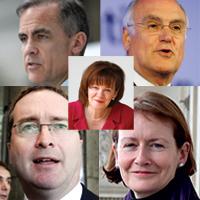 When the first issue of The Tablet appeared in 1840, the advances made by Catholics in society in the next 175 years would have been unimaginable.

Then, the barriers that had prevented Catholics from entering Parliament and from taking senior positions in the civil service and the judiciary had only begun to come down. The restoration of the hierarchy would have to wait another decade.

The Tablet’s list of the top 100 lay Catholics reveals how a relatively small faith community has come to obtain a leadership presence in virtually every part of British society. They include some of the country’s foremost public servants with the governor of the Bank of England (Mark Carney) in the number-one slot.

The Top 100 features Catholics who occupy leading positions in business, academia, charities, the arts and entertainment and other spheres. Their rise is a tribute to the quality of Catholic education, both public and private. Many are the children of immigrants and come from modest or even impoverished backgrounds.

Take Dame Elish Angiolini (25), who went from a crime-ridden council estate in Glasgow to become the Lord Advocate of Scotland, the country’s most senior legal officer.

Our list shows a diverse group of people of varying political persuasions who, on the whole, are seeking to build up the common good of society in their chosen field of work. These include Magnus MacFarlane-Barrow (6), of the charity Mary’s Meals, whose school-feeding programme will soon reach one million hungry children in the developing world.

Those who have made money often show a keen philanthropic streak, such as financier John Studzinski (10), who regularly gives away half what he earns each year to charity.

Our Top 100 lay Catholics portrays individuals who are part of a vibrant faith community that has become fully integrated into British life. It includes individuals who have reached the highest levels of the Establishment but have never forgotten their roots, nor the gospel imperative to love their neighbour. The Church – and Britain as a whole – can rightly be proud of them.

Steady hand for the Old Lady of Threadneedle Street

1 Mark Carney
Governor of the Bank of England

Headhunted by Chancellor George Osborne from Canada almost two years ago, Mark Carney is leading the Bank of England at a critical period as the global economy recovers from the 2008 financial crisis.

Carney was educated by the Jesuits at St Francis Xavier College in Edmonton, Alberta, and then studied at Harvard and Oxford before embarking on a career in finance.

After 13 years at Goldman Sachs, he moved to work for the Canadian Department of Finance before becoming deputy governor, and then governor, of the Bank of Canada. His steady hand as Canada’s central bank governor is widely credited with helping the country avoid the worst impacts of the 2008 crash. This explains Mr Osborne going out of his way to lure him to do the equivalent job in London.

During his time at Threadneedle Street, interest rates have remained low although he has warned their next move will be up. At the same time, he has said that inflation is on target to return to 2 per cent as the United Kingdom economy grows despite global forces keeping prices down.

Mr Carney, who is also chairman of the G20’s Financial Stability Board, has shown some interest in Catholic Social Teaching. Last year he attended a two-day conference entitled, “The Global Common Good: Towards a More Inclusive Economy”, organised by the Pontifical Council for Justice and Peace in Rome, which was addressed by Pope Francis.

After the gathering, the governor was one of 70 who put their names to a statement calling for a human-centred economy. It said: “We cannot understand the Good News of Jesus Christ – the gospel of dignity and fraternity, of justice and peace – without being aware of real poverty.”

And at a similarly titled gathering in London in 2014 on “Inclusive Capitalism”, he talked of how “it is necessary to recognise the importance of values and beliefs in economic life”.

Super-strict head of the schools’ watchdog

The head of the Government’s schools inspectorate has rarely been out of the headlines since he took up his post in 2012.

Born to a Catholic family in south London, he trained to be a teacher at St Mary’s, Strawberry Hill, and rose to become the head teacher of St Bonaventure’s, Forest Gate, east London – a post he held for 19 years during which time he was knighted for his services to education. Before being appointed to his current job, he earned his “super strict” reputation as principal of Mossbourne Academy in Hackney.

One of the hardest tests he has faced was over the “Trojan Horse” affair, when he led an inspection into 21 schools in Birmingham suspected of being infiltrated by hard-line advocates of an Islamic ethos.

As a result Ofsted is now responsible for ensuring that schools teach British values – democracy, the rule of law, respect and tolerance for those of different faiths and beliefs – in order to counter extremism.

This has, however, led to clashes with the Church after a Catholic school in Bury St Edmonds, Suffolk, was listed as one of those failing to prepare pupils for life in Britain today. The Catholic Education Service took issue with this, demanding an apology from Ofsted.

While critics of faith schools accuse them of indoctrination, the fact that a man formed by the Church’s education system has been so insistent in demanding that diverse views are taught in schools is a potent argument against such criticism.

Keeper of the nation’s secrets

The man in charge of Britain’s surveillance agency could have been a priest. Robert Hannigan was a seminarian at Allen Hall, the Archdiocese of Westminster’s seminary in Chelsea, south-west London, before embarking on a career in the civil service after a spell in the private sector.
He was the principal adviser to Tony Blair during the Northern Ireland peace process.

Three years later he moved to the Foreign Office with responsibility for security and cyber threats. Appointed to head GCHQ in the autumn of 2014 after a recruitment process open to all civil servants, he has been described as a man possessing energy and flair with a deep knowledge of security matters.
He is not, however, a career spook and one government adviser described him as seeing the need for a balance between secrecy and accountability.

Born in Gloucester in 1965, not far from GCHQ’s Cheltenham base, he grew up in Yorkshire and studied classics at Wadham College, Oxford.

Married with a son and daughter, he enthusiastically follows hurling and Gaelic football, as well as rugby, tennis and golf.

Looking after the family silver

Dame Helen Ghosh oversees the management of the trust’s 350 historic houses, gardens and ancient monuments as well as one of the largest landholdings – around 630,000 acres – in England, Wales and Northern Ireland.

Since taking over the organisation, which has 3.7 million members, she has launched a £1 billion 10-year conservation plan for the countryside.

Before her move to the National Trust she reached the higher echelons of the civil service as Permanent Secretary at the Home Office and at the Department for Environment, Food and Rural Affairs. At the time of that appointment, in 2005, she was the only female permanent secretary in a major government department.

During the run-up to the visit of Pope Benedict XVI to Britain in 2010, she was chairwoman of the Whitehall papal-visit committee. She is a trustee of The Tablet and chairman of the Blackfriars Overseas Aid Trust in Oxford.

Married with a daughter and son, she was born in Farnborough, Hampshire, in 1956, and educated at Farnborough Hill Convent School and Oxford University.

5 Dame Colette Bowe, chairman of the Banking Standards Board

Former chairman of Ofcom, the communications regulator, Dame Colette Bowe has recently been appointed to a board seeking to improve standards and rebuild trust in the banking sector. She possesses a strong conviction that markets cannot be left to themselves.

At the time of her appointment to the banking board, she wrote: “Banks have taken a huge reputational hit and know only too well that the general public expects change after everything that has happened. I believe they recognise they have to take responsibility for change.”

Dame Colette came to prominence when she was in charge of press relations at the Department of Trade and Industry during the Westland affair in 1986, the disagreement between then Defence Minister Michael (now Lord) Heseltine and then Trade Minister Sir Leon Brittan over whether the future of the West Country-based helicopter company should be with the Americans or Europeans. Trained as an economist, she has held a number of City posts and is also chairman of the Associated Board of the Royal Schools of Music.

When she was made a dame last year, she praised the nuns of her alma mater, Notre Dame High School in Liverpool, describing them as “tough and resourceful” and “fantastic role models”.

Outside of work she retains a passion for her home-town football club, Liverpool.

Food for a million mouths a day

The man whose organisation will soon feed a million children every day began his humanitarian career aged 25. Magnus MacFarlane-Barrow and his brother, Fergus, took a break from their work as fish farmers to appeal for donations of blankets and food for victims of the Balkan conflict and Magnus never returned to fish farming.

The charity he founded after the Balkans appeal in 1992, Scottish International Relief, began to focus on school-feeding projects after a boy in Malawi whose mother was dying from Aids told him during a visit that his dream was to have enough to eat and to go to school.

In 2012 school feeding became the main focus of the organisation, which changed its name to Mary’s Meals to reflect this.

The father of seven was born into a Catholic family  inspired in 1984 by a pilgrimage to Medjugorje to turn their hotel into a lay community, Craig Lodge Family House of Prayer. This year he was named one of Time magazine’s 100 most influential people in the world.