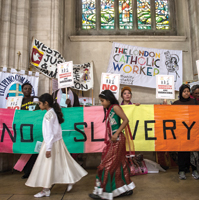 One village in faith

God is a feminist issue 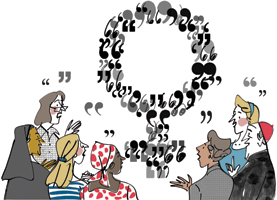 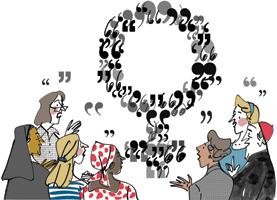 Pope Francis’ wish to see more female leaders in the Church has led to several conferences, including one recently in Rome, attended by leading theologians, a cardinal and four ambassadors, that gave participants particular cause for optimism during the Council of Nicaea, I remember reading somewhere, you could not go to the local bread shop without entering into a debate about the Trinity. It is beginning to feel like that with regard to the role of women in the Church.The last few months have seen a sudden flurry of activity, the latest event being a one-day conference that was held on 28 April at the Pontifical University Antonianum in Rome, entitled “Women in the Church: Prospects for Dialogue”. The conference was the initiative of the new rector of the Antonianum,

Much as I admire Tina Beattie, I must object to the phrase "the role of women in the Church." We should always use the plural, for there are many roles in which women can and should serve the Church.