Red hats for a global Church

The 20 new cardinals named by Pope Francis last Sunday vividly illustrate his vision for the future. Gone is the image of a Eurocentric Church with its expectations of automatic preferment. A new and younger world is about to be heard

Soon after he was elected, Pope Francis told the crowd in St Peter’s Square that his brother cardinals had gone to the “ends of earth” to find a new Bishop of Rome. He appears to have done the same himself with his latest appointments to the College of Cardinals. This will be his second consistory, and while there were some surprises among his first batch of cardinals, the list this time demonstrates a tearing-up of the rulebook.

Handing out red hats is the way a pope can shape the leadership of the Church – because the most important task of a cardinal is to elect the successor of St Peter, with that man highly likely to come from their number. But Francis appears intent on reshaping the Sacred College by going out to the peripheries and giving red hats to those in some far-flung, some might say obscure, places. Twenty men from 18 countries will be made cardinals next month; 15 of them are under the age of 80, and thus eligible to vote in a conclave.

They include the likes of Bishop Soane Patita Paini Mafi, who will become the first Tongan cardinal and, at 53, the youngest in the college. Other countries given red hats for the first time include Myanmar (Archbishop of Yangon, Charles Bo), Panama (Bishop of David, José Luis Lacunza Maestrojuán) and Cape Verde, off the coast of Senegal, West Africa (Bishop of Santiago, Arlindo Gomes Furtado). Dioceses in Italy, Spain and Mexico will also receive their first red hats.

For the second time running, however, there are no new princes of the Church from the United States, and traditional sees in Italy, such as Venice and Turin, have again been overlooked. Instead, Francis will give the first red hat to the Archdiocese of Agrigento, on the southern tip of Sicily, which includes the island of Lampedusa, the place where he highlighted the plight of migrants entering Europe from north Africa on his first visit out of Rome as Pope. Its archbishop, Francesco Montenegro, has stood up to the Mafia (another issue highlighted by Francis) and has worked closely with migrants.

For the first time in more than 100 years, the Archbishop of Ancona-Osimo, in north-east Italy, will be made a cardinal. Edoardo Menichelli is secretary of the Italian Bishops’ Conference commission on the family and attended last October’s extraordinary synod on that topic.

Fr Federico Lombardi, director of the Vatican press office, explained that Francis is “not bound” by the tradition that those who hold certain positions in the Church automatically qualify to be a cardinal. For example, just one member of the Roman Curia – Archbishop Dominique Mamberti, prefect of the Apostolic Signatura – will be named. This is in contrast to Pope Benedict XVI’s penultimate consistory in 2012, where 10 of those made cardinals were in charge of the Curia or other Rome-based offices.

Francis’ intention is for the cardinals to reflect the universality of the Church and, after February, he will have appointed a quarter of the cardinal electors. The new men eligible to vote in a conclave include five Europeans, three Latin Americans, three Asians, two Africans and two from the Oceania-Pacific region (see panel).

It is not, however, just the geographical make-up that is changing, but rather the type of church leader the Pope is promoting. There appears to be a clear preference for pastoral moderates known for being close to their flocks. Francis told his first group of cardinals that becoming a prince of the Church is not an “honour or decoration” but “simply a service.”

When he himself was made a cardinal in 2001, he did not buy new scarlet vestments but adapted those of his predecessor.  “According to the standards of the Gospel, every ascent implies a descent: you must go down to serve better. And I want to live it with a spirit of service,” he told the Argentine newspaper La Nación at the time.

One man sharing this emphasis is Cardinal-designate Berhaneyesus Souraphiel, Archbishop of Addis Ababa. He told the National Catholic Reporter last year that the Church does not need a “power structure”, which was why, he added, the Papal States, the land once owned by the Church in Italy, had been sold. Another with a similar view is John Dew, Archbishop of Wellington, New Zealand, the only Anglophone on Francis’ list and a man known for his compassionate approach towards those struggling to live up to church teaching. During last October’s Synod on the Family, the archbishop, who has also been involved in anti-trafficking work, told me: “When church teaching is explained in such a way that it says to people they’re intrinsically disordered or they’re living an evil life, people feel they can’t meet the mark rather than it being something helping, supportive and encouraging.” He felt the synod was an attempt to put collegiality into action.

For many years, Oceania was represented by Cardinal George Pell, then Archbishop of Sydney, someone known for his combative style when defending church teaching (he is now in Rome implementing reform of the Vatican finances). Francis’ choices for cardinals in far-flung places have been determined carefully. The Diocese of Santiago in Cape Verde, a former Portuguese colony and a poor country, dates back to the sixteenth century, making it the oldest in Africa; in Tonga, a diocese made up of just 13,000 Catholics, Bishop Mafi has been president of the Episcopal Conference of the Pacific since 2010 and attended last October’s synod.

A number of the new cardinals are closely tuned in to the reality of life in their dioceses, much as Francis once was in Buenos Aires. The 76-year-old Archbishop of Morelia in Mexico, Alberto Suárez Inda, has helped mediate in conflicts and kidnappings in his diocese, which has seen terrible violence as a result of drug wars.

Similarly, Archbishop Bo, described as cosmopolitan and outspoken, has criticised the rise of Buddhist nationalism in Myanmar and called for respect for religious and ethnic minorities. About 1 per cent of Myanmar’s 51 million people are Catholic. And there is the Salesian Archbishop of Montevideo, Daniel Sturla Berhouet, who was reportedly helped to escape from the Uruguayan military dictatorship by then Fr Jorge Bergoglio, provincial of the Jesuits in Argentina.

Among the five new cardinals over the age of 80 there are also some intriguing choices. They include Archbishop Karl-Josef Rauber, a lifelong papal diplomat who served under the former Secretary of State Cardinal Giovanni Benelli. In a 2010 interview, he complained that Pope Benedict XVI, then Cardinal Joseph Ratzinger, had denounced him to his superiors for questioning clerical celibacy and being critical of some bishops when he was nuncio to Switzerland in the 1990s.

There is also Archbishop José de Jesús Pimiento Rodríguez, who, at 95, is the oldest among those elevated, and is described by those who know him as “imbued with the spirit of the Second Vatican Council”.

As a young Jesuit, Francis asked to be sent to Japan as a missionary, a request that was denied because of his health problems (he had had part of a lung removed). His new cardinals, however, shows this missionary impulse has not left him, and, with similar consistories likely in the coming years, he is set to reshape dramatically the College of Cardinals better to reflect the Church spread across the world.

Excellent choices for the developing world. I hope in the next consistory there will be more red hats for Africa and Asia where the church is growing and has a robust future, unlike in Europe and America where they have enough cardinals while their faithful is declining

Keeping going Pope Francis! Let the Spirit move this Church into the spirit of love and joy!

How thrilling! How delightful! 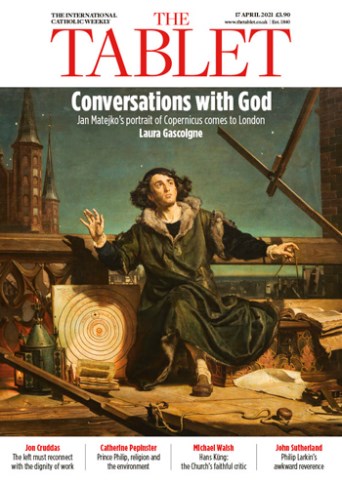