She for God only 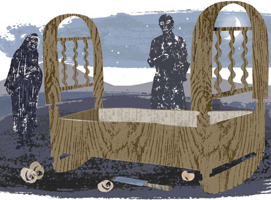 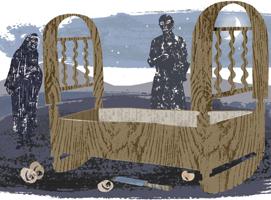 With thanks to the anonymous writer of “The Cherry Tree Carol” Joseph, like the patriarch he was named after, is a dreamer. Over the 19 years of his life he has learned to trust his dreams, which is lucky for him because during the past months he has had very little else to hold on to. In his dreams night after night the angel – singing, winging, golden, accompanying itself on a 10-stringed lute – keeps chanting: “Everything is all right, more than all right. Trust her. Believe her.” Which is all very well in its way, but not a great deal to set against the wave of critical scorn, of self-righteous finger-pointing, of sniggering gossip and his mother’s endless tears. From the moment back in the springtime when he had seen Joachim, rod in hand, sc