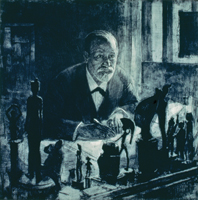 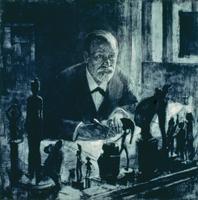 A recent conference explored how the idea of Purgatory could work in contemporary psychotherapy. Much common ground was found, particularly in relation to pride, hope and love

FOR MANY Christians the existence of Purgatory is an article of faith. Even for Protestant writers such as C.S. Lewis it made sense as the place where the dead continue their journey towards God: why should our struggle end just because we have died, he reasoned? But can purgatory have secular meaning too?

Yes, a group of psychotherapists, theologians and historians affirmed at a recent conference. They met at the Anna Freud Centre in London, under the auspices of the Freud Museum, one sign of the rapprochement now taking place between psychotherapy and
religion.

Sigmund Freud’s scepticism about belief in God is waning among psychotherapists and new links are being forged. Purgatory might play a part because therapy itself can be thought of as a profoundly purgatorial experience. The key is to expand the notion of Purgatory as a place we go to after death, and think of it too as a state of being that can be vividly known in life.

DANTE’S HIGHLY influential depiction of Purgatory, in the Divine Comedy, is particularly instructive. He describes Purgatory as a mountain. As his travellers ascend, they spend time on its various terraces. The souls of the departed are purged of various sins at each stage, the first being the most deep-rooted and necessary to tackle, namely the sin of pride. When stuck in the state of pride, a soul may not even know of its need for God. And if it does, it will resist the implied dependency.

Dante’s examination of the dynamics of such sin, which are gradually revealed by the soul’s time in Purgatory, compare favourably with modern psychodynamic insights. Pride in particular may be likened to what often shows up as the fundamental issue in psychotherapy, the state of mind that therapists refer to as narcissism.

Strictly speaking, narcissism is not a love of self, but a determination to love oneself that constantly fails. Narcissistic defences against feeling unlovable therefore accrue to the personality, and they are often in the form of pride because one of the best defences is to attempt to make the world in your own image. It is a form of fantasy omnipotence. And as well as cutting you off from other people, because it is through our vulnerabilities that we most intimately connect, narcissism cuts you off from the divine. Pride and narcissism alike mistake oneself for God. In a way, the difficult task in therapy is to come to the deep realisation that one is not divine, but a human being who depends on love.

This realisation is profoundly troubling if one’s early experiences of vulnerability were traumatic, for one reason or another. Conversely, without such an acknowledgement, life gets stuck.

Only the individual who can love can grow, Freud realised. So too, the soul must remain on Dante’s first ledge of Purgatory until it can acknowledge its pride and then its need to open up to God’s compassionate and merciful judgement, for all that these are initially experienced as undesirable, painful and frightening.

Purgatory reflects aspects of the therapeutic experience in other ways too, Kalu Singh, one of the conference participants, continued. It might sound like a humdrum observation, but it is crucial that both take time. They do so because both must reach to the ground of our being, of who we have become and might become. Purgatory is a place of remaking, and further, this remaking is achieved not by forgetting the past but by not letting the past entirely shape the future. Therapy can be experienced like that too.

It is perhaps why Dante’s good angels seem to embody some of the qualities of a good therapist. They accompany the travellers and make space for them. What they do not do is attack them, tempt them, or hinder the deeper processes that might unfold. The psychotherapist, too, waits on the soul, as the Greek word itself implies.

THE WAYS IN which Purgatory differs from hell can help develop the comparisons. They were explored by psychoanalyst Richard Carvalho, who noted that if there is no hope in hell, as Dante put it, there is hope in Purgatory. In fact, Purgatory is a place or state shaped by hope, in spite of the pain: the pain is endured not simply as punishment, as it is envisaged in hell, but as process.

It might be put like this. In hell, a central problem is that the soul feels it is impossible to let go of bad experiences. So, a “hell of our own making” is the experience of being trapped in perpetual states of envy, rage, revenge and hate.

The psychoanalytic explorations of these emotions, particularly in the work of Melanie Klein, can read remarkably like the exploration of the seven deadly sins in the Church Fathers. Much as Evagrius Ponticus warned his brethren that pride and so on is what they would find if they ventured on the inner journey to God, so too the psychotherapist is trained to tolerate the negative feelings that will emerge in the relationship they have with their client.

But unlike in hell, Purgatory allows these feelings to be explored and worked through. The soul’s task, and the therapeutic one, is to find a way out of the compulsive clinging to what Christianity refers to as sin, the tragic human trait that left unchecked repeats and repeats and repeats.

THE ACKNOWLEDGEMENT of pride helps to identify a way out, because fundamental to change and redemption is that it cannot be achieved alone: if hell is solipsistic, purgatory is relational. To put it theologically, grace is operative in Purgatory, and similarly modern psychology has demonstrated how the young child needs self-giving parents if it is to learn how not to be caught and ruined by its difficult feelings.

As the psychotherapist D.W. Winnicott used to put it, the child needs a nurturing environment in order to be able both to experience the full range of its emotions and feel that it can survive the nastier aspects.

A therapeutic reading of Purgatory is not overly anachronistic, the historian Miri Rubin suggested. When ideas about Purgatory developed apace, at the turn of the first Christian millennium, Purgatory was envisaged as a place where you come to terms with yourself because you see yourself clearly, perhaps for the first time. This is to say that to the medieval mind too, Purgatory does not need to be a state you enter only once you have died. It is a process that is affected by, and is in, the here and now.

The spread of cultural and social activities associated with Purgatory, from chantry chapels to indulgences, can be understood in this way as well. Medieval ideas about Purgatory also contain the notion that the whole of human history is a kind of Purgatory, as creation is redeemed and returns to God.

The crucial dynamic in Dante’s Divine Comedy is, of course, love – the force that moves the sun and the other stars. Dante tells of falling into a rapture at his first taste of love, when seeing Beatrice. But this courtly, romantic love is gradually transformed into the longing not only for another human being, but for the divine. It is re-directed by being able to be thought about, as psychotherapists might say.

And indeed, Freud himself felt that the motor of psychoanalysis is love. It is the longing for more from life that enables the capacity to move beyond overwhelming experiences by gradually being able to gain a felt understanding of them and, then, to incorporate them. It is the realisation that they can propel one through life rather than simply leave one trapped. To put it theologically, Dante comes to realise that he loves God in the love he felt towards Beatrice.

CARL JUNG, Freud’s erstwhile disciple, noticed that those who sought his help in the second half of their lives faced problems that were, at base, invariably religious. He argued that we moderns have spontaneously embarked upon new ways to nurture our souls.
Many fail us, and so clergy and therapists need to be friends not enemies. As the rapprochement between psychotherapy and religion continues, thinking about Purgatory might prove to be an unexpected and yet fruitful place of meeting.

Mark Vernon is a writer, whose books include Love: all that matters (Hodder), and a psychotherapist in private practice in south London. 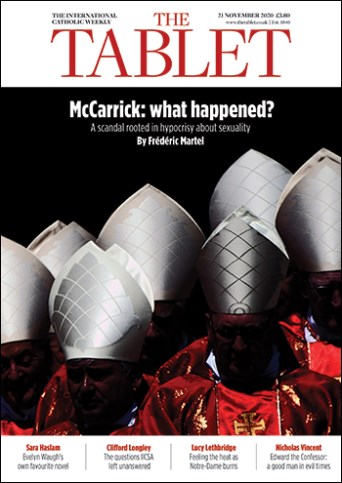