'I got myself a stepladder and a pair of scissors': 77-year old nun explains why she tore down Jihadi flag in London estate

Grim parody of a golden age 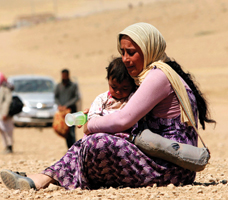 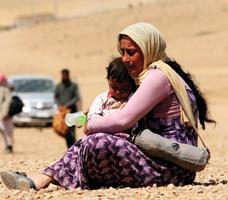 The jihadist group now calling itself the Islamic State, which has terrorised religious minorities in Syria and Iraq, has declared its intention to restore the caliphate. Yet the extremists’ aims are remote from those of earlier Islamic rulers

If all you know about the ancient Islamic institution of the caliphate comes from Tales from the Thousand and One Nights, then your orientalist whimsy is likely to have been deflated somewhat in recent months. The genocidal rantings of the self-proclaimed Caliph Ibrahim (Abu Bakr al-Baghdadi) are decidedly more redolent of twentieth-century totalitarianism than of the spirit in which the Caliph of Baghdad once presided over a civilisation rich in every sense. That is already enough to tell you why the world’s Sunni Muslims have not exactly been flocking to declare their allegiance to a new “Islamic State”.

Al-Baghdadi’s entity has been set up because his small group of extremists see it as a ­necessary institutional basis for a genuinely Islamic polity. As a principle of governance, the caliphate can be dated back to the first generations of Muslims, a golden age that some Muslims think can and should be restored by a committed vanguard. There is also a certain amount of one-upmanship among jihadi extremists at work.

The move is, for now, threatening in effect to redraw international borders, particularly of Syria and Iraq, that date from the end of the First World War and the implementation of the Anglo-French Sykes-Picot Agreement, carving up the Mesopotamian provinces of the dying Ottoman Empire and creating new territories under the mandates of the two principal Allied powers. This is creating a new situation in a region already in turmoil.

We have seen the savage persecution unleashed on religious minorities, especially Shia Muslims, Christians and Yazidis, so at odds with the tolerant pluralism that had been more the norm in the region in the previous four centuries of Ottoman rule that was ended by the First World War. It is imperative to understand why most Muslims despise this particular caliphate and all it represents.

The Sunni caliphate has been one of two traditional answers to the question of how to govern the community of believers after the death of Muhammad. Unlike its competitor, the Shia imamate, in which the leader is the infallible interpreter of revelation, divinely appointed and illuminated, the caliphate started out more along the lines of a secular meritocracy, theoretically open to all Muslim men. The first four “rightly guided” successors of Islam’s prophet were chosen from among his most respected companions, first by the consensus of the elders of the community, then by designation of the previous caliph, then by electoral college and finally by popular acclaim. But each time, the candidate was ratified by the gathered believers. This method of selection with popular ratification soon broke down and was replaced by a return to the pre-Islamic hereditary system, with changes of dynasty regulated, as is the norm, by recourse to the sword. The principle of the lesser of two evils dictated the acceptance as caliph of whoever came to power.

Dynastic houses varied in style and piety. The first, the Umayyads, who ruled the whole Muslim Empire from Damascus between 661 and 750, with a branch surviving into medieval Spain, were not known for fastidious religiosity. Their secular approach to government soon gave way to the more absolutist style of the Abbasids, who ruled from 750 to 1517, and moved the centre of the empire to Baghdad.

It was the religious zeal of an Abbasid caliph, who wanted to force his own theo­logical views on the Muslim world, that ended up cementing one of the key structural features of Sunni society, in contrast to that of the Shia: the separation of the locus of religious authority from the political. By provoking the intense resistance of legal scholars for whom the customary practice (the Sunna) of the Prophet was the ultimate key to the meaning of the Qur’an, Caliph al-Ma’mun (786-833) fomented a determination among Muslims that the vocation of the legal scholars to work out religious law be absolutely shielded from the executive power of the caliph. It is not the same as the separation of Church and State that emerged in Christian history, but it represents a caveat to the nostrum that Islam makes no distinction between religion and state. In fact, Sunnis have long distinguished between the function of government and the activity of their religious leaders.

Tensions were never greater than when the caliph turned out to be little more than a nominal Muslim, or even seriously corrupt. What was the populace to do? “Grin and bear it” was the overwhelming verdict. Muslims had learned from the prolonged strife over the succession that nothing was worse than civil war. If the caliph happened to be an exemplary believer, that was a bonus. It was neither the absolute requirement nor the rule.

The result for the caliphate, as can be ­imagined, was a trajectory of decline in ­religious significance and eventually political clout too. Rival caliphates sprang up. A ­powerless caliph would cede rule of a far-off territory to a sultan whose military resources could at least guarantee order. Mainstream jurists came to doubt that the caliphate was necessary, or even existed. By the time the Ottoman sultan claimed the title in 1453, even the expectation that the caliph be an Arab and member of the Prophet’s Quraysh tribe had fallen into desuetude. The caliphate had become little more than a legal fiction. The abolition of the position of the Ottoman sultan in 1924 by the secularist Mustafa Kemal was part of his project of salvaging a proudly secu­lar post-war Turkey from a defeated Ottoman Empire. The move provoked comparatively little hostility. For most believers, the caliph had ceased even to be much of a figurehead. And with almost the entire Muslim world subjugated to foreign colonial powers, there were far greater matters requiring attention.

Islam itself, the intellectual class had started to think, needed to be reformed. Muslims were to jettison any aspect of their religious heritage that held them back. The caliphate, which had so readily induced a somewhat pre-modern servility towards authority, tantamount to political quietism, was a prime candidate for such treatment.

Yet the dream of a caliphate would not lie down. It was God’s and the Prophet’s sanctioned way of heading the community. Its abolition reeked of the era of colonial ­humiliation. For many ordinary Muslims, it  crystallised a nostalgia for a time when being Muslim meant being on the right side of ­history, before the tortuous encounter with European power and prestige disrupted the course of history.

But Al-Baghdadi’s outfit has no reassuring aura of tradition about it. And far from ­promising to promote unity among Muslims, it is viciously sectarian and exclusive, a symbol rather of huge and painful division in an already fissiparous Muslim world. Even fellow Islamist extremists see it as divisive. Given the grave crisis of authority that has engulfed Islam for a century or so, a latter-day caliph, committed to the tradition yet able to engage effectively with modernity, might have been a considerable asset to the faithful – not to say the world. Nor do you have to be an extremist to think that the nation state, on its own, is a deficient political instrument. It is a worry shared, let us not forget, by Catholic Social Teaching.

It might seem far-fetched in the current crisis but the prospect of some kind of supranational entity in the Middle East committed, among other things, to pluralism and religious freedom, helping Christians, Jews and others to feel equally at home, might well hold out the hope of the promotion of a greater good. As it stands, though, the spectacle of Caliph Ibrahim is unsavoury. His entity is based on an extreme form of extremism; one expects Sheikh Shawqi Allam, Grand Mufti of al-Azhar in Cairo, to condemn it but even al-Qaeda finds it excessively brutal.

But if it somehow outlives the onslaught of its many enemies, its crazed religious absolutism will eventually become mired in secular mediocrity and lose all credibility, even to itself. That will prevent neither the spilling of blood nor further animosity between the various parties. But both stand to be aggravated needlessly if the West misconstrues the significance to its Muslim citizens, neighbours and friends of this tawdry “Islamic State”.

Damian Howard SJ is a lecturer at Heythrop College, University of London. 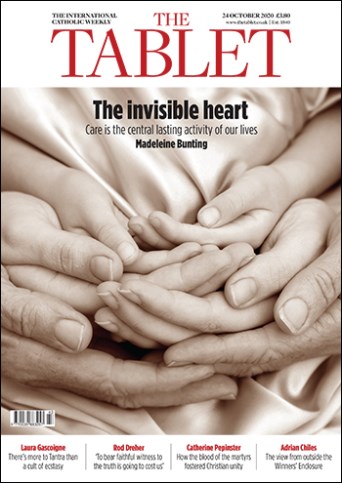