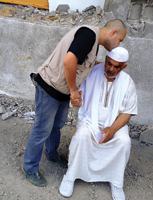 ‘The scars will last a lifetime’

Wanted: a shepherd for the Windy City 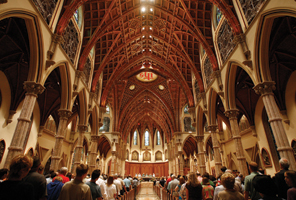 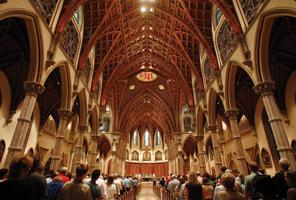 One of the most important sees in the United States, Chicago, has to be filled, after Cardinal Francis George declared his wish to resign on the grounds of age and ill-health

Chicago’s cardinaL Francis George announced this spring that the process to select his successor has begun. He submitted his resignation two years ago, when he turned 75, as required by canon law. As well, George announced in May that his cancer had returned and he is re-entering treatment.

The appointment of a new Archbishop of Chicago will likely be the most important appointment that Pope Francis makes in the American Church. George is the sixth archbishop of the Windy City to be made a cardinal, and his successor is likely to be the only cardinal in America’s Midwest region as St Louis and Detroit have declined in significance. This will also be the first major diocese filled since Pope Francis shuffled the membership of the Congregation for Bishops and stated, on several occasions and in different ways, that he wants shepherds who “have the smell of the sheep” upon them, men as interested in loving their flock as teaching it, let alone hectoring it.

The appointment also comes at a time when divisions within the American episcopate have become more evident. Two years ago, the United States Conference of Catholic Bishops could not pass a statement on poverty, a sign of how divided they are: poverty is not usually a neuralgic issue for clergy who have read Matthew 25. Last year, the bishops reportedly had a heated discussion about how to respond to the Obama administration’s contraception mandate during their executive session. Many bishops feel that the United States Conference of Catholic Bishops (USCCB) staff have not shown much evidence of getting on board the Pope Francis bandwagon.
Indeed, how bishops respond to Pope Francis has brought in a new source of division. Some bishops and clergy have taken to referring to themselves as “Benedict men”. Last month, a report in the National Catholic Reporter highlighted the admission by Indianapolis Archbishop Joseph Tobin about this emerging divide. “What I’ve seen is how disruptive Pope Francis has been within the hierarchy of the United States,” said Tobin. “I was talking to a couple of brother bishops a while back and they were saying that bishops and priests were very discouraged by Pope Francis because he was challenging them. I think there is some resistance to a different way of doing the Gospel mission of the Church.” Tobin did not share this discouragement, still less any resistance to Pope Francis’ vision, adding with a smile, “So, pray for Francis’ health.” In the early months of Pope Francis’ tenure, Archbishop Charles Chaput of Philadelphia republished emails complaining about the new Pope in his diocesan newspaper, offering a response widely viewed as tepid. On 5 December last year, Bishop Robert Morlino of Madison, Wisconsin, in an interview on the conservative EWTN TV network, tried to downplay the significance of Pope Francis’ exhortation Evangelii Gaudium, suggesting the text was not really an exercise of the papal Magisterium. Morlino was echoing a comment made by conservative Cardinal Raymond Burke, prefect of the Apostolic Signatura, even though the text indicates differently at paragraph 16. And, a controversial op-ed in The Wall Street Journal by New York’s Cardinal Timothy Dolan was widely seen as watering down Pope Francis’ trenchant critique of modern capitalist economies, ignoring the analysis of structural sin and reducing the Pope’s vision to a call for virtuous capitalists.

Critically, no one knows who is advising the Pope on major appointments. His closest American adviser, Boston’s Cardinal Seán O’Malley, who is part of Francis’ council of eight cardinals, is famous for not throwing his weight around. When the Pope shook up the Congregation for Bishops last December, he removed the most conservative American cardinals, Burke and Cardinal Justin Rigali. During their tenure on the congregation, a string of “culture warrior bishops” were elevated to metropolitan sees in Philadelphia, Denver, San Francisco, Baltimore and Portland, Oregon. Pope Francis replaced Burke and Rigali with Washington’s Cardinal Donald Wuerl and left on the bishops’ bench retired prefect of the Congregation for the Doctrine of the Faith Cardinal William Levada. Neither Wuerl nor Levada are “culture warriors” and both enjoy a reputation for being perfectly orthodox while also being decidedly pastoral. They do not throw bombs. They do offer balm.

Of course, Pope Francis will not be sending a message to Chicago: he will be sending a bishop. With all the chatter about the broader significance of the selection, no one should forget that the system is designed, more or less, to match a candidate’s skills with the needs of the diocese to which he is being sent. Sometimes, ideology trumps such considerations, but in the case of Chicago, the challenges facing the next archbishop require a proven leader.

“Chicago has been well governed, in a variety of ways, including [during] the sex-abuse crisis, even though the media often says otherwise,” Cardinal George told me. He reflected upon his return to the United States in 1987 after spending 13 years as vicar general of the Oblates of Mary Immaculate in Rome. “The secularisation of the culture wasn’t so strong then, but the individualism was obvious. It occurred to me that we have to form people. The institutions of the Church were no longer forming a Catholic culture.”

Formation has been one of Cardinal George’s top priorities in Chicago. “We needed to form people who will have a sense of the whole. We all need to see things beyond ourselves and our parishes.”

It is less clear how effective those efforts at formation have been. One priest in Chicago told me that a quarter of the families whose children attend Catholic schools do not attend Mass on Sunday. “We need to ask if the investment in the schools is yielding a more vibrant faith community and, if not, why bother?” he asked. As well, 70 per cent of Catholic children do not attend Catholic schools.

A parish priest I spoke with also pointed to the upsurge in violence in the city, which now has the highest homicide rate in the country. “The archdiocese is the only institution that cuts across all class, racial and economic lines. We have an urgent responsibility. We need an archbishop who is a bridge builder. The politicians can’t pull it off.”

The next archbishop will spend a great deal of time managing the extensive infrastructure of the archdiocese, which has 356 parishes, 211 elementary schools and 40 secondary schools. Some 80,000 students attend those schools. The archdiocese has 787 diocesan clergy, active and retired, and an additional 697 religious priests. 1,739 religious women and 254 brothers serve the Church in the two counties that make up the archdiocese. There are 17 Catholic hospitals and 46 Catholic cemeteries. Catholic Charities serves over 1 million people a year at its 162 locations. Until recently, the archdiocese was the largest private employer in the state of Illinois.

In Rome, when speculation about appointments is made, someone always rightly observes that “those who know don’t talk and those who talk don’t know”. But, one thing is obvious. With the removal of Cardinals Burke and Rigali from the decision-making process, the list above is quite different from what it would have been two years ago. The Pope will surely be sending a bishop, not a message, but he may end up sending both.

Michael Sean Winters reports for The Tablet from Washington DC. 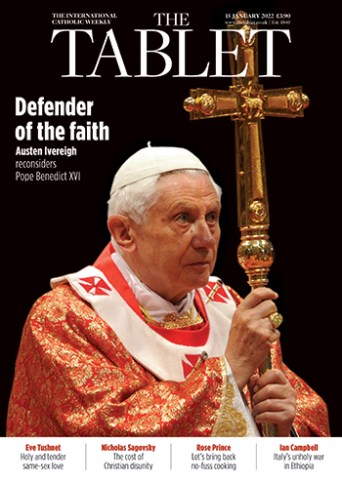