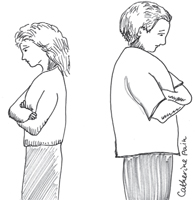 The British face of Islam 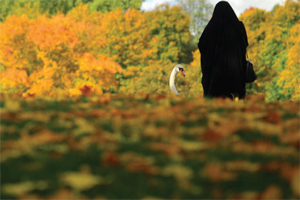 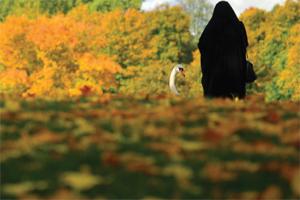 Media pictures of radicalised young men create a distorted view of Islam, argues a Muslim sociologist, who presents a different portrait of her faith in Britain today

Media discussion about Islam in Britain in recent weeks has tended to present a series of dichotomies: faith versus secularism, indigenous versus immigrant, Islam versus the West and “Us” versus “Them”. The voices of British Muslims who transcend these divisions are missing from these debates, which almost always fail to capture the ethnic, cultural and religious diversities within British Muslim communities.

To arrive at a balanced and accurate portrait of Muslims in Britain, it is useful to first look at its roots. The establishment of a British form of Islam began with William Henry Quilliam, who converted to Islam, taking the name Abdullah, and established the first mosque in Britain in 1889.

Quilliam was a leader for all British communities and his mosque became a place both for religious worship and for inter-cultural exchanges. Then came Mohammed Marmaduke Pickthall, another convert to Islam, whose translation of the Qur’an into English, completed in 1930, continues to be one of the most widely read.

In the 1960s and 1970s, large numbers of Muslims arrived from former British colonies. These were mostly from the Indian sub-continent, but also from the east coast of Africa and other regions. These were not simply economic migrants but rather belonged to communities whose parents were loyal to the Crown as citizens of the British Empire, who fought under the British banner in both world wars, came to their “motherland” to help rebuild it after the Second World War and subsequently made Britain their home. This demonstrates that the “Britishness” of British Muslim communities is by no means an invention of well-meaning liberal thinkers who seek a way to superficially integrate a Muslim voice.

Ethnically, around two thirds of British Muslim communities can trace their heritage back to the Indian subcontinent – India, Pakistan and Bangladesh. Ten per cent are of African and Caribbean heritage, including refugees who came to Britain more recently from Somalia. Nearly 8 per cent classify themselves as white and a further 10 per cent come from other ethnic backgrounds including  Middle Eastern, Chinese and South East Asian nations. This ethnic diversity within British Muslim communities is reflected in the vibrant and diverse traditions, cultures, languages and foods evident on some British streets.

LIKE CHRISTIANS, British Muslim communities have different levels of belief. Some individuals are more “practising” than others; some adhere only nominally to their faith while others are merely “cultural” Muslims with no belief in God or allegiance to religious institutions. A second strand of religious diversity consists of the various denominations and schools of thought that exist globally within Islamic practice and thinking. Britain, being a proverbial melting pot where different communities coexist, allows for exchanges that are unparalleled between such groups, except perhaps in the United States.

The foundational beliefs of the diverse branches of Islam in Britain all draw from the Qur’an and teaching of Prophet Muhammad (see box). For example the lived experience of Sunnis and Shias would be rather similar – if religious they both pray multiple times a day, they fast in the month of Ramadan and perform the Hajj – the pilgrimage to Mecca. However Sunni and Shia religious philosophies have evolved to focus on and exacerbate the political and ideological differences between the two that are exemplified in the current civil war in Iraq.

A simple way to understand the overlaps and tensions between such groups is to compare them to changing relationships between Protestants and Catholics. A similar pattern emerges of extremely tense moments, prolonged tensions and bursts of violence but also of co-existence and occasionally cooperation when facing a shared challenge.

Commentators often make a link between radicalisation and terrorism. However, not all radicals within Islam have a disposition towards violence and a commitment to a very literalist form of Islamic practice does not translate to violence either.

Salafi and Wahhabi groups are often described in public rhetoric as radical groups and indeed their religious beliefs and practices often take a literalist standpoint. Their strict adherence to literalist ways around gender segregation for example may mean that as a community they are less involved in pluralist British society and may therefore seem isolationist and out of sync with wider society.

I STRONGLY BELIEVE that in discussions about British Muslim communities it is important to move beyond debates about radicalisation and terrorism. Yes, this occurs but much less frequently and much less intensely than media scaremongering would have us believe. For example, in the so-called Trojan Horse scandal in Birmingham, in which Muslim radicals were accused of infiltrating the governing bodies of a number of community schools, the evidence on the ground and from Ofsted inspectors seems to suggest that it is not radicalisation that is the issue but rather poor governance and mismanaged schools.

British Islam is young (67.85 per cent of Muslims are under 38) and consists of confident and able citizens. As evidence one need only look at this year’s winners of the Muslim Excellence awards. There seems to be a resurgence of faith among these young people with an observable increase in young women wearing hijabs or headscarves.

This resurgence and consolidation of British Islam is an indication of a young people who belong to both Islam and Britain, who are loyal to both, who are forging a British Islam identity and who are optimistic about their future as British Muslim citizens.

Dr Sariya Cheruvallil-Contractor is a postdoctoral researcher at the Centre for Society, Religion and Belief at the University of Derby and the author of Muslim Women in Britain: De-Mystifying the Muslimah. 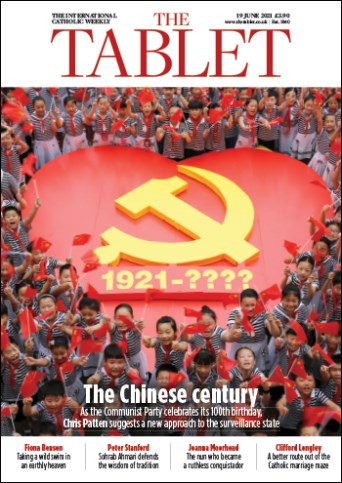