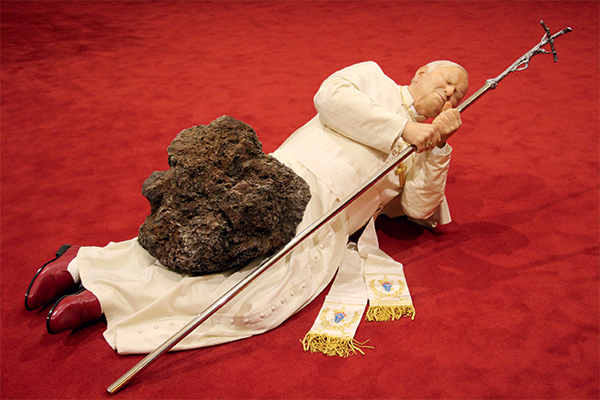 McCarrick: sex, lies and the Church Evelyn Waugh with his son Septimus

Evelyn Waugh would read Helena – his fictional account of the quest of Constantine’s mother to find the True Cross – aloud to his children before bedtime. It is the least-known of his novels – but the one he always insisted was his best work and his favourite

“Gradually getting the smell of the Daily Mail out of my whiskers. Spending four days penance for the shame of the last four months in intense discomfort at Franciscan Monastery. Moving to hotel on Xmas day. Tomorrow night at Bethlehem. I half hate Jerusalem. For me, Christianity begins with the Counter-Reformation …”
Evelyn Waugh to Katharine Asquith, 23 December 1935, Jerusalem.

“Dear Katharine, I wrote you a post card and said I half hated Jerusalem. Well that is all over and I love it dearly.”
Evelyn Waugh to Katherine Asquith, 28 December 1935, King David Hotel, Jerusalem.

The dramatic transformation in Evelyn Waugh’s view of Jerusalem over Christmas 1935 was the germ for a novel he finally saw published in 1950. Helena, his account of the life of the mother of Emperor Constantine and her quest to find the True Cross, was Waugh’s only historical novel, and demonstrated a crucial shift in his view of when Christianity began.