Mercy is Church's message to world

Commission on Religion and Belief in British Public Life: A deeply flawed report

How could an independent inquiry into the relationship between religion and British society, conducted by people of intelligence and goodwill, manage unintentionally to insult the two largest religious institutions in the country, the Church of England and the Catholic Church? The Commission on Religion and Belief in British Public Life has just published a report which implies that the sponsorship and support of schooling by these two Churches – in England and Wales, about a third of the total – is harmful to the public interest. Despite its insistence to the contrary, the commission appears to have made no effort at impartiality.

The crucial passage reads: “In England, successive governments have claimed in recent years that faith schools and free schools create and promote social inclusion which leads to cohesion and integration. However, in our view it is not clear that segregation of young people into faith schools has promoted greater cohesion or that it has not in fact been socially divisive and led rather to greater misunderstanding and tension.” The last convoluted sentence could not be more contentious, from the loaded word “segregation” onwards. There is a clear accusation that faith schools decrease social cohesion and increase social division.

The opposite is the case. Church schools, Catholic schools in particular, are typically an extraordinary melting pot of cultural, social, linguistic and racial differences, which is an enormous benefit to society. In Catholic schools, so great is the diversity that 37 per cent of pupils are from an ethnic minority, a substantial 7 per cent higher than the national average. Why did the commission not know this? There seems to have been a complete communication breakdown between it and the Church – but that should have been a reason for keeping an open mind, not jumping to an adverse conclusion. Was the commission even aware that secularist campaigners have been making precisely these allegations for decades, never backed by evidence, as part of their wider aim to undermine and eventually destroy the influence of Christianity in British society?

The report’s tone suggests a failure to understand the complex and profound nature of the relationship between the Christian faith and British culture, accepting as axiomatic a secular and hollowed-out model of that relationship as if it had no history. Discussion of the role of other faiths that arrived more recently cannot ignore what has gone before – including the reason why the Catholic population has always wanted its own schools and was willing to make sacrifices to achieve them. It is so that children may be educated in accordance with the beliefs of their parents – a right the commission appears never to have heard of, though it ought to be of interest to Jews, Sikhs, Muslims and Hindus as much as to Catholics. This is such a major flaw in the report that it overshadows the rest, including many reasonable suggestions for improving the way public authorities treat minority faiths. The commission says it will review its work in the light of responses. It might start by asking itself how it fell into such an obvious trap. 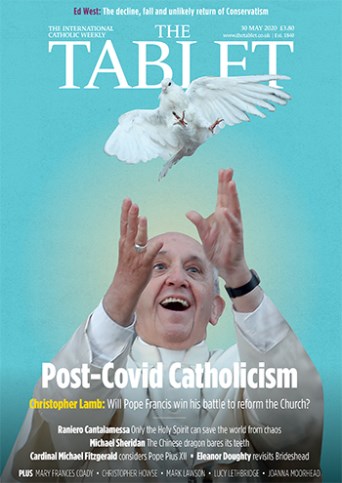