Bishops must listen and lead

Admittedly, the Catholic population of France is somewhat larger than the Catholic population of England and Wales. But that cannot entirely explain why a consultation among the French laity regarding the Church’s approach on matters marital and sexual produced 10,000 responses, whereas the consultation on the same topics organised by the bishops of England and Wales has so far raised a mere 500 completed online questionnaires and a trickle of written responses. Nor does it explain why those bishops have gone ahead with drafting their collective official response without regard to even the paltry number of replies they did have. It is no wonder that disgruntled factions, liberal and conservative, have launched their own initiatives. They want to be heard, and have a right to be heard.

There seem to have been a number of factors contributing to this fiasco. A similar consultation last year, before the Extraordinary Synod on the Family in the autumn, generated a great deal of interest. Despite the fact that the Vatican questionnaire was poorly worded, individuals and parish groups completed it in their thousands. But the bishops followed the letter of the law by not publishing the results before the synod. Could they not have published them afterwards?

A further factor this year was the soporific blandness of the literature that was circulated in England and Wales. This invited lay Catholics, prior to the second of the two synods that Pope Francis has convened, to “reflect” on a series of pious observations, posed as questions, which sounded like notes for a poor primary-school RE lesson. A rather more substantial questionnaire was sent to priests, but the response to that appears to be apathetic too. This suggests something has gone badly wrong. Part of the reason must be a lack of confident leadership on the part of the bishops and a tendency to be risk-averse. Do they think Catholics in irregular marriages after divorce should still be barred from Holy Communion? Do they think the Church should continue to insist that use of contraceptives is a mortal sin? Does the same apply to those in homosexual relationships?

Cardinal Vincent Nichols talked at the extraordinary synod about gradualism and the possibility that divorced and remarried Catholics might be readmitted to the sacraments at the end of a long and demanding penitential pathway. How helpful is that to a Catholic in one of these situations? As the bishops must know, many people are no longer waiting for an answer and are determining for themselves whether they can receive Communion. Who can blame them when a priest in one parish says one thing and the priest next door says the opposite?

The time has come for Cardinal Nichols, as president of the bishops’ conference, to make his position clear, as he has done eloquently on issues such as the inadequacy of the welfare safety net and the persecution of Christians. His fellow cardinals, such as Reinhard Marx of Germany, have spoken boldly on matters such as Communion for divorced and remarried. Similar clarity in England and Wales is the least that should be expected.

Similarly, we were not made aware of the questionnaire in Scotland. It was only when told about the English one that I spent considerable time searching our diocese's web site to find that we did have one. It was almost impossible to fill in online so we copied and pasted line by line into a Word document, which we sent off to our Marriage and family life coordinator. No acknowledgement. After the first one, we asked what the Scottish response would be, were told we were not to know but that the responses they had received from the laity showed we needed reeducation. I have little faith that the bishops will reflect our views to the synod.

I agree with Maryk - until I read this article I had no idea there had been a second questionnaire! And now it's too late to respond. How frustrating and how sad when viewed in the context of our future and the call to re-evangelise!

i think another factor is the feeble level of publicity in the parishes and the utter lack of feedback last time.

It is surely time for strong courageous leadership from the front. For the lay faithful 'sensus fidei' has been the salvation. For many others the gulf between the reality of their lives and the teachings of the Church has been so wide as to be unsustainable. This Synod is our last chance to restore the mercy of Christ to our Church. 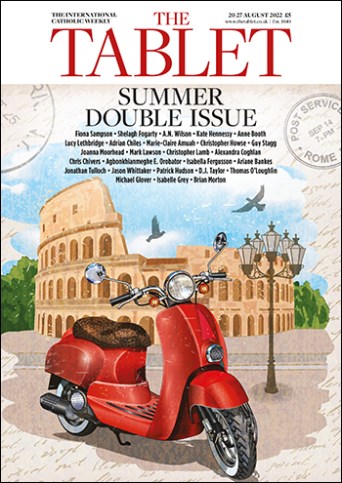