Mozart the Dramatist: the value of his operas to him, to his age, and to us

Band of Angels: the forgotten world of early Christian women

Kate Cooper’s preface is a remarkable piece of autobiography that explains how and why a professor of ancient history came to write this book about early Christian women. Cooper is a historian of late antiquity at the University of Manchester who is known for her books on gender and family in the late Roman Empire, and also as an energetic director of collaborative research projects on a variety of topics that include the history of Christianity in the post-Constantinian period and Christian martyrdom.

Her curriculum vitae justifiably explains the value of these activities in terms of capacity building – the mentoring of young collaborators who have since gone on to make their own academic careers. She also belongs to the generation that communicates and shares her life and academic work through blogs and tweets. But she is also a product of the religion department at Princeton, and of Harvard Divinity School, and comes from a line of strong-minded women from the American South, as she memorably explains.

The telling and hearing of Bible stories such as that of Jesus’ friends Martha and Mary, and Luke’s story of Mary the mother of Jesus, had a special resonance for generations of Southern American women, as was poignantly brought home to Cooper as she experienced the last illness and then the death of her mother. This book reflects not only a desire to satisfy the curiosity about early Christian women felt within her own family but also Cooper’s conviction that for early Christians their faith was a matter of relationships, a way of life and of real situations as much as, or more than, a matter of beliefs.

The role of women in early Christianity began to attract scholars such as Elizabeth A. Clark in the late 1970s and early 1980s, in particular within the broader context of gender studies. Cooper’s book presents this material for a new generation, revisiting the stories of the women of the New Testament, those of the apocryphal Acts and martyr stories of the second and third centuries (with Thecla, in the Acts of Paul and Thecla, and the unforgettable Perpetua, whose prison diary survives, being the most dramatic), Constantine’s mother, Helena; Olympias, friend and patron of John Chrysostom; Macrina, the ascetic sister among the large family of Basil of Caesarea and Gregory of Nyssa; women pilgrims and “desert mothers” (Cooper includes the two Melanias, grandmother and granddaughter, though neither Augustine nor his mother Monica appear in the book’s index), and the Empress Pulcheria and the explosion of attention to the Virgin Mary in the context of the Council of Ephesus in 431 and afterwards.

The book ends in the fifth-century East: a short epilogue imagines a young female time-traveller from the first century, a pregnant shepherd’s daughter who is in fact the future mother of Jesus, eavesdropping at the Council of Chalcedon in 451. She is puzzled by the argument (we have to suspend disbelief and imagine that she can understand Greek), and her reaction reminds us about priorities: trust (in her case in the words she had heard spoken by an angel) and attention to the primary need placed on her by her unborn child. The disputing factions at the council seem to be in difficulty, she thinks; perhaps she can help them, with her attention to what is truly important.

Cooper notes more than once that she writes as an ancient historian, not as a biblical scholar and still less a theologian. She reflects a major trend within the last generation, whereby ancient historians have seized on the huge potential presented by the field of early Christianity. In this field she is, of course, extremely well read, as is clear from the book’s reader-friendly endnotes. Cooper has said herself that she had particularly in mind the younger generation which now takes gender studies for granted, and for whom the urgent need felt in the 1980s to recover early Christian women is no longer such an imperative. She also shifts the narrative. Running through the book is an emphasis not simply on women but on family and other relationships.

Her emphasis is less on gender as such than on interaction, mutual influences and the realities of family and community life. She has written elsewhere about the aristocratic Roman mothers and daughters of the late Roman West and returns to that here, but we also read of St Anthony’s responsibility for his younger sister after the death of their parents, the advice given to families in late fourth-century Egypt to identify which of the children might be most suited to join the ascetic life, and the family relationships in the imperial court of Constantinople in the fifth century. The social and political position of Christianity in the fifth century was dramatically different from what it had been in the first century, but personal and family relationships, stories and experiences were as potent then as they were for the women of Cooper’s own family in the nineteenth and twentieth centuries.

Band of Angels (the title recalling, and by implication subverting, the Victorian image of the “angel in the house”) is personal, fresh and timely. It reclaims the subject of early Christian women from the narrower field of gender studies and asks readers to think beyond the “star” female figures of the first Christian centuries to the practical details of real life and relationships. 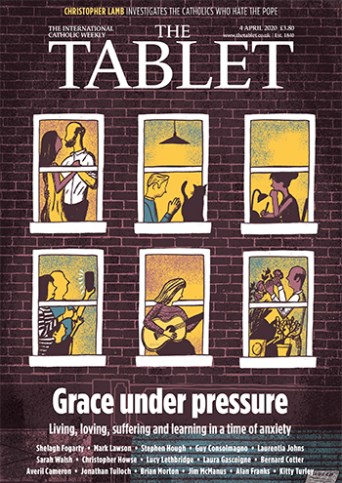