Stepping into the gap: taking part in the Vatican Youth Symposium and shaking hands with the Pope

What are the options for Pope Francis in the Order of Malta saga? 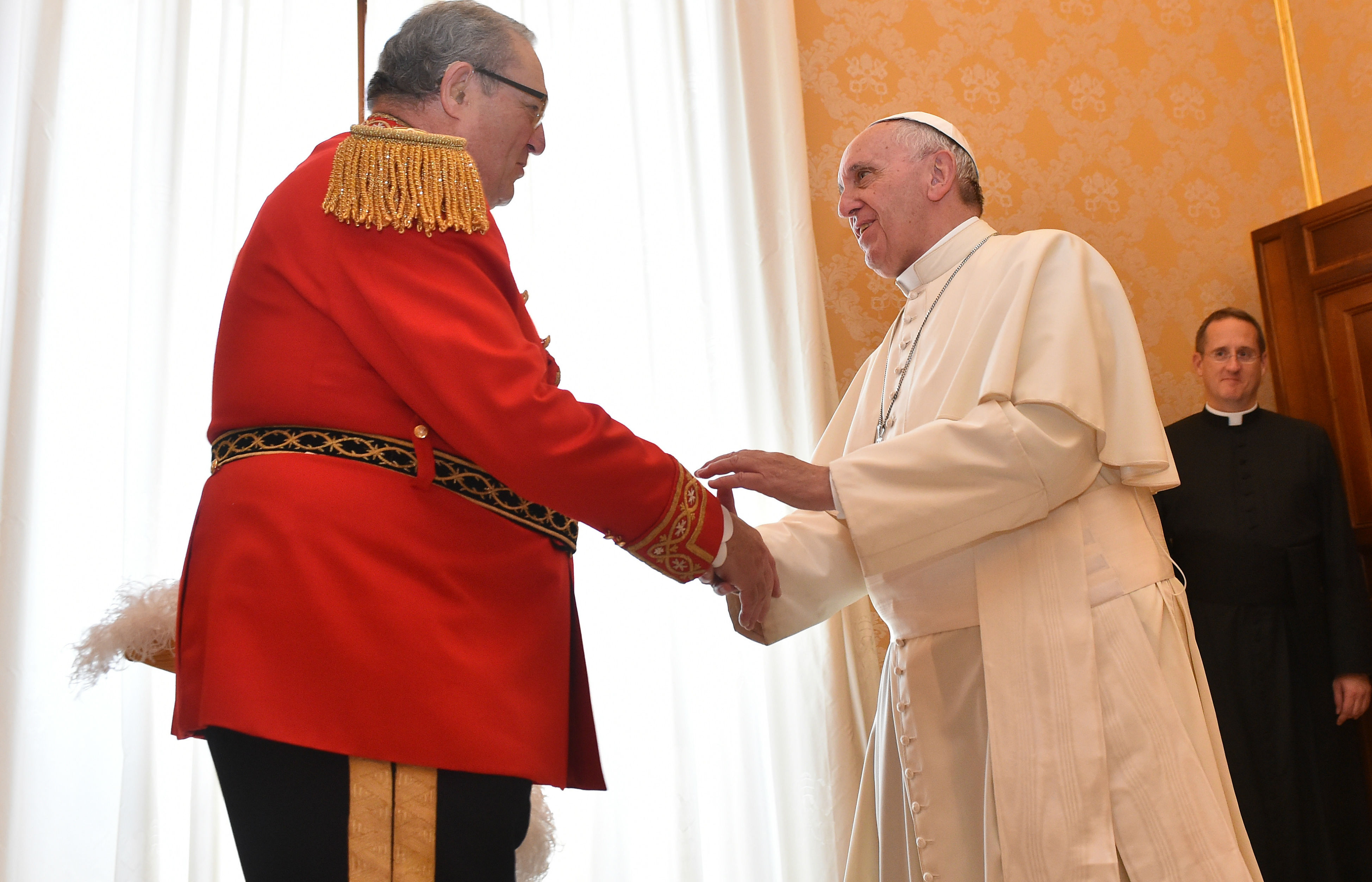 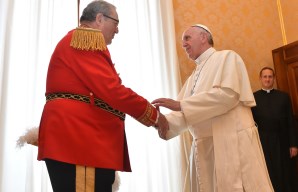 A papal commission is underway investigating the sacking of Albrecht von Boeselager, a senior figure in the Order of Malta, accused of supporting an organisation distributing condoms in Myanmar.

The Grand Master, Matthew Festing, and Cardinal Raymond Burke, the order’s patron, have argued that Boeselager’s dismissal as Grand Chancellor was in accordance with the wishes of the Holy See, but top Vatican diplomat Cardinal Pietro Parolin subsequently told Festing that the Pope didn’t want anyone sacked.

As a result, seasoned papal diplomat, Archbishop Silvano Tomasi, has been called by the Pope to investigate and his team is expected to report by the end of January.

The knights’ leadership have said they will not co-operate with the papal commission on the grounds they are a sovereign entity and are even claiming that no member of the order can give evidence that contradicts the decision of the Grand Master to sack Boeselager.

But the fundamental point is that the knights are a Catholic religious order with members who have taken vows: whatever their constitution says about sovereignty, on questions of religious life they ultimately answer to Rome. This point was underlined by Archbishop Tomasi who said the sacking of Boeselager was done for “refusal of obedience” and therefore requires religious superiors to clarify the procedure.

Furthermore, Boeselager vigorously disputes the process behind his sacking while stressing he never broke Church teaching over contraception.

This is a row that lays bare some of the resistance Francis is facing inside the Vatican, and is a clash between his compassionate vision for Catholicism and the rules-based version followed by the Grand Master and Cardinal Burke.

So what are the options available to the Pope in resolving the problem?

1. Re-instate Boeselager and have a reconciliation inside the order. This is the ideal outcome for Francis who wishes the commission to re-establish unity among the knights. The problem is that the Grand Master is highly unlikely to accept the return of Boeselager.

2. Appoint an external commissioner. This would place all religious aspects of the order under the authority of the Vatican which would be separate from the order’s charitable work and diplomatic relations with states. The Holy See would examine the religious life of the knights to ensure it is in accordance with Church norms. This would also constrain the power of Cardinal Burke, whose role has been to represent the Pope to the knights: with a commissioner in place Burke would have a layer of authority over him. This scenario would require Festing to resign his position.

3. Dispense the Grand Master and his allies from their religious vows. If Festing refuses to resign the Vatican could dispense him from his vows of poverty, chastity and obedience which would make it impossible to continue in his role. According to the order’s rules, the Grand Master must be a solemnly professed religious, as should the knights who hold the organisation’s leadership roles. But out of the 14,000 or so members of the order only 50 have made these vows. Dispensing some of them from their vows would not have a major impact on the life of the order and could also pave the way for reforming religious life inside the knights.

4. Move Cardinal Burke. The Pope moved the United States’ cardinal - one of his most prominent critics - to patron of the order as a way of getting him out of running the Church’s supreme court equivalent. But Francis could decide that Burke failed to communicate his wishes to the order and therefore needs to be moved again. The risk here is turning the cardinal into a martyr and ramping up internal church tensions even more.

5. Do nothing. There is always the option to have a commission and leave their order to stew in its own juice. The problem here is that the Pope and the Vatican have had their wishes ignored in the Boeselager matter, so to do nothing may leave those who defied them claiming victory.

Finally, it's also within the Pope’s remit to break off the Holy See’s diplomatic relationship with the order, suppress the knights or abrogate their constitution - all three of which would be the equivalent of pressing the nuclear button. The point is that the Pope has options, and it will be fascinating to see the next step he takes.