Migrants are not defined by politicians’ rhetoric

Better a prenup than a fearful avoidance of marriage 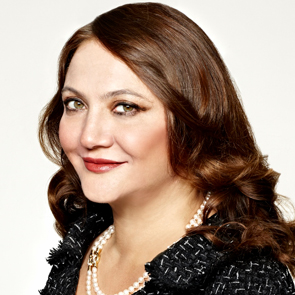 Years ago, as a practising Roman Catholic and a lawyer, I spoke to a canon lawyer about qualifying into his field. He told me I would contribute more by bringing the principles of my faith to mainstream law.

I have tried to do that as a family lawyer. I try hard to fight both for fairness and for a strong and healthy ongoing parenting relationship for the children.

I believe that we Catholic divorce lawyers, and I’m far from alone, do our bit to bring compassion and a degree of kindness to a field rotten with bitterness and backbiting as much between lawyers as their clients.

It’s uneasy, though, being a Catholic divorce lawyer: practising a religion which says marriage is for life while brokering an exit from it when it falls apart. One divorce solicitor dealt with this tension by taking his clients to church to offer up their ring for the needy. We might say we don’t break the marriage, we just resolve what is already broken. But I have certainly had clients to whom, if I believed them to be cruelly treated, abused or in a state of unresolvable unhappiness, I have counselled exit. And I believe that to have been right.

At other times, family law can support marriage. In fighting to make prenuptial agreements work in England and winning this battle in the Supreme Court [Radmacher (formerly Granatino) v Granatino 2010], I wanted to enable marriage for those who chose not to wed because of the state-imposed division of assets upon divorce. They were willing to marry if they could agree together, in the best of times, what would happen in the worst of times. Better, especially for the vulnerable, to marry with a prenup than not marry at all.

Similarly, I have kept marriages, broken by infidelity, together on the basis of a post-nup, agreeing what the deal would be if the couple divorced but not actually divorcing, to restore a sense of security and give them the space to rebuild trust.

One might argue that the Church does not concern itself with divorce, which is a civil matter. Divorce is nothing, meaningless, irrelevant. It is sexual relations with another that constitute a transgression.

That happens, inexorably, though. There’s no more "get thee to a nunnery" when your family falls apart. People live longer and they have life after divorce, families, children, loves, lives that they want to live in communion with God. This is our reality, in many cases a happy and joyful one, full of the celebration of life, of regeneration, of hope, of the irrepressible human urge to create and to love.

Does it make sense for the Church to thin its ranks by pushing away those who worship with the deep spirit of the faith albeit not the letter of its currently prevailing law? Pope Francis tells us it does not. I hope a groundswell gathers, behind him, of realism, compassion and inclusion and makes a place for all those who want to be at the table.

Comment by: shaybib
i think that prenup goes well with the religion because it lets the couple come to the marriage with a clean slate. no hidden agendas. everything is on the table and in the light. this way couples come to the marriage open-eyed and know what to expect.
not speaking about the possibility of divorce is like sticking your head int he sand...
this is why i made a prenup pros and cons list so couples can choose their own path with knowledge
http://prenup.club/prenup-the-great-prenup-pros-and-cons-list/
Comment by: Sarah T M Bell

I strongly suspect that there will be celibates of a certain age, usually rather advanced, who see the picture of this attractive (and very intelligent) lawyer and will immediately 'switch off' what she says because of their formation many years ago and consequently ignore everything she says.

Oh dear, oh dear, how can I be so cynical?

God bless you and your work, Ayesha; as well as other Family Lawyers

PreNuptial agreements may often clarify what is expected in a marriage relationship.

If "in the event of a divorce" language is used, would that be grounds for a future annulment? Would it invalidate the Religious marriage contract?

Maybe that would be a blessing, though I don't know how Canon Lawyers would look on it.