Spare us any more empty words about women's genius

The Pontifical Council for Culture is meeting from 4-7 February to discuss women’s cultures: equality and difference. The discussions will cover such urgent matters as physical and sexual violence against women, patriarchal attitudes that subjugate women within the Church and wider society, and the crisis of women’s alienation from the Church in some parts of the world. The assembly document has been drafted by a group of women appointed by the council, and considers both the promotion of gender equality and the valuing of gender difference as well as the extent to which women are excluded in decision-making processes within the Church. 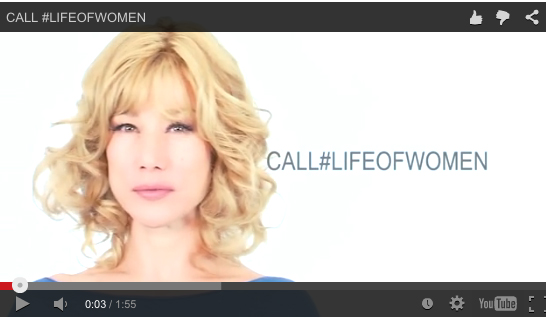 All this is a positive move, but in the past, official church documents and pronouncements have talked an admirable talk about women in the Church while walking precisely nowhere. There is, of course, no single generic category of women, since cultures and contexts will differ enormously. The council cautions against unhelpful generalisations while seeking to “identify possible pastoral paths”. At the same time its anxiety to counteract contemporary theories that gender identity is a self-chosen construct nevertheless leads it to make the very generic judgements and statements that alienate so many women.

One must be fair. This council has prepared by seeking the input of women from around the world, unlike in 1994, when participants at the Synod on Consecrated Life – almost exclusively by men – discussed a way of life followed by many more women than men (70 per cent vs 30 per cent), until female general superiors created such uproar that a tiny number were permitted to attend as observers.
The intention before this week’s meeting was right, though the English-version video appealing for women to send in material describing their experiences featured an alarmingly glamorous actress who came across like one of the Stepford Wives and provoked more horror than delight. Few women can argue with the council’s intention to address the pressure exerted on women by the media and fashion industry. Nor will a serious discussion of domestic and systemic violence against women be unwelcome. The council rightly points out the huge disparity between the levels of responsibility and professional competence attained by many women within society and the workplace and their systemic exclusion from exercising that competence within the ordinary life of the Church.

The general approach is serious and positive, unlike that of Cardinal Raymond Burke who, in a recent interview, blamed women for clergy sexual abuse, alcoholism, substance addiction and a general unmanliness that he perceives as plaguing the Church. Such accusations can be treated with the ridicule they deserve, but many women are wary of references to their “female genius” such as Pope Francis and before him St John Paul II have made. The council manages to avoid repeating John Paul I’s aspiration that wives should combine reading Shakespeare and Tolstoy with physical beauty and being “priceless queen[s] of the [...]sparkling floors”. But most women struggle to recognise what this female genius actually is.

Neither women nor men exercise competence in the Church because of some mysterious, gender-related genius, but because they are baptised. If that recognition can be the starting point, this time we might get somewhere.

"(T)he impermissible" - what a laugh.

The practice that currently precludes women from ordination is not an infallible teaching - merely the rantings of an ever shrinking misogynist minority of the church which is not universally held and will be "rethought" in the years to come.

I entirely agree Gemma. Why does Rome still insist on seeing women as 'other' rather than as fellow human beings who all have their own genius, not just a "female genius".

I'm not really clear what Sr Gemma is calling for. More female involvement in pontifical councils? Fine, and I think this is being done. What else? It's not clear. I hope it's not an oblique call for the impermissible.

There was a discussion on “Woman’s Hour” (BBC Radio 4) three weeks ago on topic of there still being a gender pay gap in U.K. The M.P. said “Women in many cases far out-perform men and it would only be a very stupid daft company which did not wish to recruit women”. I hope the Pontifical Council for Culture will take this thought to heart.

Thank God For Gemma's female common sense baptism is what matters in the Church and how we place our gifts at the service of the Church. could we remember the Code of Canon Law which states that all the baptised are equal in dignity.

"The assembly document has been drafted by a group of women appointed by the council...."

Do we know who made up this "group of women?"

"...the huge disparity between the levels of responsibility and professional competence attained by many women within society and the workplace and their systemic exclusion from exercising that competence within the ordinary life of the Church."

The situation in a nutshell.
Well said Dr Simmonds!

"The English-version video appealing for women to send in material describing their experiences featured an alarmingly glamorous actress who came across like one of the Stepford Wives and provoked more horror than delight."
How sad that there are still men prepared to make this kind of sexist comment. ...er sorry Dr Simmonds, it was you.