Ever since the end of the Second World War, the Japanese have regarded themselves as all but divinely entrusted with a mission of World Peace. They even take an inverted pride in themselves as the only nation in the world to have experienced the devastation of not just one but two nuclear bombs. Both bombs were dropped in August 1945, first on 6 August on the city of Hiroshima, and secondly three days later on the city of Nagasaki. Then the immediate outcome was world peace, on the feast of Our Lady’s Assumption, 15 August. 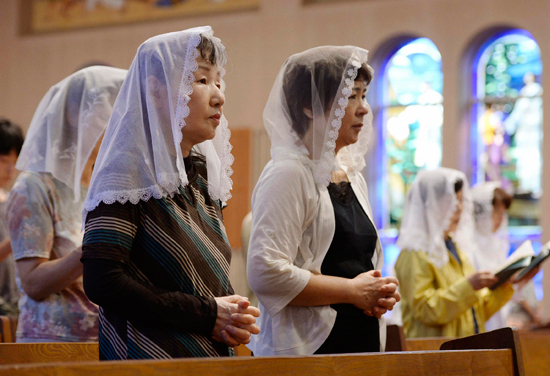 Ever since then, at each of these cities in turn, these two days have been devoted to the commemoration of world peace, with the slogan “Never Again!”

It has even become a beaten track for visitors to Japan in August to make the pilgrimage from Tokyo by way of Hiroshima to Nagasaki.

Such was the pilgrim route followed by Pope John Paul II on his visit to Japan in February 1981 – from St Mary’s Cathedral, Tokyo, in the pouring rain, by way of the Peace Memorial Church in Hiroshima, amid continuing rain, to the open-air stadium in Nagasaki, where a special Mass was held in a blizzard.

There the atomic bomb had been dropped on the largest concentration of Catholics in Japan, in the area of Urakami, decimating the Catholic population.

In the early years after World War II, Japan adopted a new constitution, including Article 9, which renounced war. At most, the formation of Self-Defence Forces was permitted, within limits.

But in recent years the situation is changing, with the threat of nuclear war from North Korea, and with the increasing military menace from China. This is illustrated by the claims recently advocated by the Chinese over disputed islands off the coast of Okinawa and in the South China Sea – to which the Japanese can only respond with ineffectual complaints.

And now we have a prime minister in Shinzo Abe, who last month deliberately pricked the nerves of the Koreans and the Chinese with his formal visit (accompanied by some of his cabinet ministers) to the Yasukuni Shrine in Tokyo. There are commemorated the Japanese war dead from World War II – and the “war criminals” judged chiefly responsible for the conflict.

At the same time, Mr Abe is seeking to revise the post-war Japanese Constitution, especially Article 9 – to qualify it by an extension of the right of any country to self-defence, without having to rely on an increasingly unreliable American protection. Even this, however, in the recently expressed opinion of the Japanese bishops, implies a subversion of the ideal of world peace. Last week they accused him of “trampling” on the constitution.

What then? Is it likely that Mr Abe will respect the opinion of the Japanese bishops, who represent Japanese Catholics, a tiny minority – though behind them lies a silent majority of the world’s Christians? Or will he take their opinion into account along with an uncountable but vocal opinion of ordinary Japanese, on whom he depends for political support? Or what about the pressure exerted upon his policies by the American Government, who are no less in need of Japan as Japan is in need of them in a more global context than is realised by most Japanese? What Mr Abe stands most in need of is the word of warning, “Look before you leap!”

Above: Women pray for victims of the 1945 atomic bombing at a Mass at the Urakami Cathedral in Nagasaki. (Photo: CNS/Reuters)

How many civilians where massacred by the Japanese in Nanking? How many raped and killed in Singapore and in the Philippines?
It is simply nonsensical to portray Japan as a sort of injured innocent, particularly when they cannot even go so far as to apologise for the monstrous things they did.