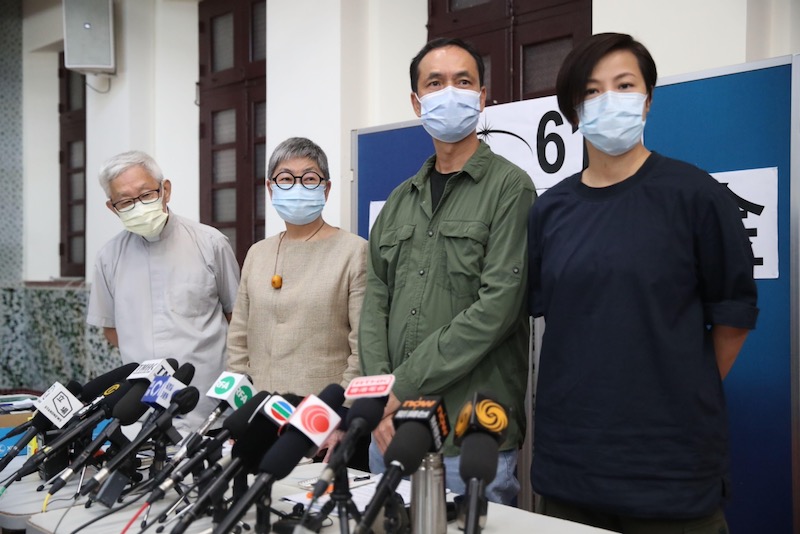 Cardinal Zen arrest – why the time has come for sanctions 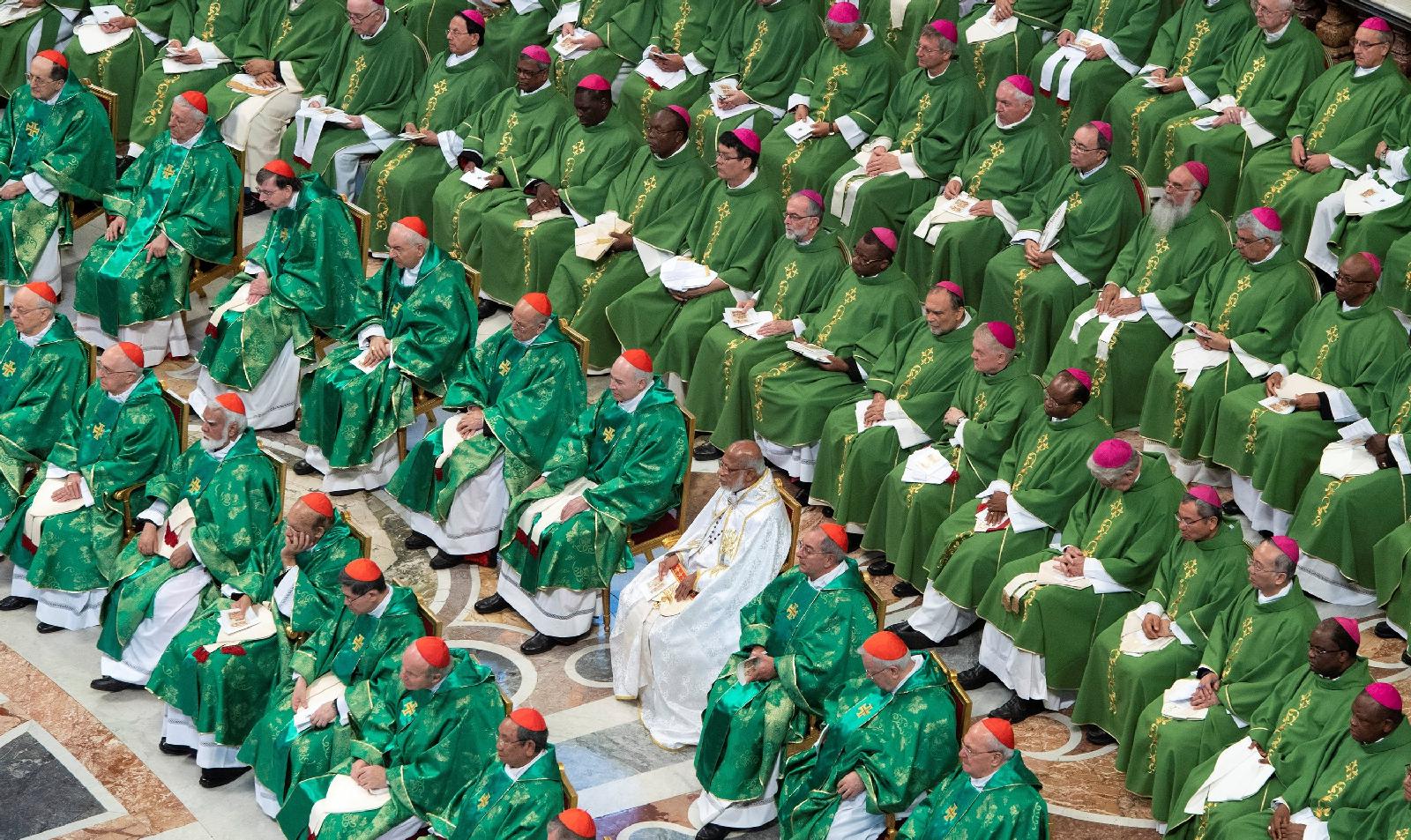 At the moment, the synod seems to have run into the sand. Caught between all the little parish rivers which have deposited their input on the beach, the tide of the hierarchy seems reluctant to sweep in, pick it up and carry it out to the vasty deep of the universal Church. I’ve finally found a back way (thank you, ACTA) into the diocesan final document; it has not changed much since the previous version which we saw, except some of the bits I liked have disappeared, and the bad bits are still there, but at least there are fewer misprints. I’m still hoping that the various dioceses will get together and discuss their document harvest. But nothing is happening at the moment, or at least nothing which can be perceived by us lowly normal parishioners.

So I’m thinking about the process we have been part of, and considering how I would have organised it differently. One thing I would definitely have done is start much earlier in the process, at a local level. The Irish bishops have been engaging with their own synod for a couple of years now, similarly the Germans. These things do take time, and it’s a shame that ours was so slow-starting. We could have been preparing for some months before it ground into gear (for this parish, only in January of this year). From the Irish and the Germans, there has been not just input but also output. Some people (even internationally, and reported by The Tablet) have objected very strongly to some of the views that have been expressed, but at least they have been published and discussed. I am afraid that our synodical contributions are just going to sink without trace, because our diocese has never owned the process;  and that means that the parishes haven’t either.

What might I have done to try and encourage the process, in a more open and flexible system?

As soon as the Pope started talking about the synod and his view of it as a collective listening exercise, the People of God listening to all the People of God and trying to see how much better we could be fulfilling our mission to spread the word, share the joy and make disciples of all nations, I would have tried to find out as much as possible and start talking to anyone who might help. The Cardinals should have discussed among themselves, and then encouraged the Archbishops to do the same (to be fair, all of this may even have happened!), and we should have been told that this was going on, to prepare us.

The Archbishops should have passed the baton on to the bishops, who in turn could start discussions with deaneries and finally on into parishes, but all conspicuously, visibly, as part of an ongoing process, with constant updates, even if they were not particularly exciting. There needed to be a head of steam, and there needed to be much more information, and (crucially) information exchange. I would have tried to look at why the Pope wanted us to do it as well as how to do it, and I would have tried to keep the discussions as loose and unstructured as feasible in the early stages, because inevitably structures stiffen up and channel external input into more limited areas, as such a process takes place.

The ‘owning’ needed to happen with the Archbishops and bishops, as they were always going to be the people who had to feed back the results. But all the way from the archdiocese down to our parish, no one has really owned the process. The Archbishop said a Mass in the cathedral (which many of us found out about only after it had happened) and held a couple of Zoom meetings, but there has been no direct engagement with the parishes. It feels as though at every stage the business of doing the synod has been offloaded to someone else as soon as possible. The archdiocese outsourced it to parishes with very little help; the parish priest was tasked with finding delegates for the process; the delegates were told that their job was to elicit views and bring them (edited) back to the Archdiocese, which would then start editing again. So the synod was reduced to a series of tasks. Our parish representatives have dutifully attended the meetings arranged by the diocese, and fed back to us what was said, but now are out of the loop as much as we are. Each task has been completed, but the overarching vision is still missing.

I think for my fantasy synod I might have tried to set up some visits to parishes to discuss the synod itself; I might have sent people (lay as well as clerical) out to parishes different from their own to evaluate honestly how Sunday Masses were going, in this newly-post-Covid era, but above all, I would have tried to enthuse and engage people in the synod process. Some of this must have happened, as we heard that artwork and music had been produced in some places (schools, maybe?) as part of the process, but none of it has been shared. I know the diocese has many priorities, but it never seemed as if the synod was actually very important in their eyes; their website was keener to push local priorities and existing initiatives, rather than making this one a central issue. So it was never a central issue in my parish, despite it being a papal priority, partly because no one felt able to take charge; everything had been fragmented. The diocese had imposed a framework without little flexibility; the parish priest didn’t want to dominate the process; the delegates were deferential to the authorities; the congregation was unaware of what was going on, for the most part. We lacked a sense of mission. The earlier sense of something new and exciting has petered out.

I appreciate that many parish priests wanted to listen rather than talk, for fear of seeming to control the discussion, but even before the consultation got under way, I would have liked to hear a sermon or two about what the synod was (and why it was not like an Anglican synod, for example), what the Pope was hoping for, where it was going (with the lengthy timetable), and how everyone was invited to contribute. I think we could have had a much more compelling effort to include people. I think we could have had maybe one Sunday, flagged up beforehand, where every Mass included an explanation and encouragement about the synod, maybe as part of a homily, maybe as part of the notices, just so that no one felt left out or uninformed. People could choose whether to participate, but they all should have known that it was happening, and I don’t think they did. I heard about one parish where the congregation was given paper and pencils at Mass one Sunday, to jot down priorities for discussion;  I thought that was a great idea, but it didn’t happen here.

I suspect that the reason for these various shortcomings of approach is down to fear. At the end of our parish consultations, our priest admitted that he had been afraid that the procedure would be too much for us to cope with (I think the fact that he told us this is probably positive). This is to underestimate both parishioners and the Holy Spirit. Many people were very tentative at the beginning, but got braver as they went along. The People of God is who we are, with all our weakness and limitations, and the Pope was asking for simple listening and engagement, which shouldn’t be beyond anyone. The fear at the diocesan level, I think, was more that the results might be uncomfortable, which is why we have seen the documents become blander and less specific as they move further up the tiers.

Time and time again, God and angels (in the Old Testament) and Jesus and angels (in the New) start conversations by telling people not to be afraid. It’s not a helpful emotion unless you are being attacked and need to run away. If what you are doing is trying to talk to God’s sons and daughters as one of God’s sons or daughters, fear is only a hindrance. In the synod process so far, the clergy are frightened of the laity because of what they might want to do;  and the laity are frightened of the clergy because they know what they have done. I would also quote Margaret Attwood here, because it is unfortunately still relevant as the Church uses simple gender as a way to divide the people: ‘Men are afraid that women will laugh at them; women are afraid that men will kill them’, or in this context prevent them from having any rôle at all. The synod invites us to put our fear to one side and try to listen to each other. Surely this is a worthwhile, even an exciting aim.

All the different voices need to be heard, so this is another area where I think I would have tried to do things more creatively. People are free at different times, and different groups need different approaches. We could have had synod tea parties; the synod could have hijacked one session of every parish group, just to ask for comments. I would have liked a synod suggestion box. Maybe we could have had a synod noticeboard, with post-it notes available. Yes, some of the feedback might have been negative or inconsequential; but at least there would have been diverse channels for communication. Not everyone has access to the internet, and the diocesan website is complicated and unwieldy. We could have had coffee after Mass with a special synod flavour : filling in a quick questionnaire while drinking. Or even, you don’t get a coffee unless you fill in a questionnaire.

We did have on-line as well as in person, so that was good, but we needed to make more effort to capture the views of the disaffected, probably only possible by working through families, and asking our beloved lapsed to make comments or contributions. We did a little bit of this, but we should have done more, and maybe tried to find different formats.

The 2023 synod is a completely new idea for most Catholics. I cannot think of anything similar since the Liverpool Pastoral Congress in 1980. I didn’t even go to that (I was a student at the time), but I remember the excitement, the buzz, and I remember reading the document produced, The Easter People. So much of what people are trying to discuss now was what was being discussed then. The People of God, clerical and lay, were talking, but no one was actually listening. The then Pope (JP II) had other priorities, and so did the Holy Spirit, because we saw the freeing of much of Eastern Europe. But this synod ought to be a chance to try again.