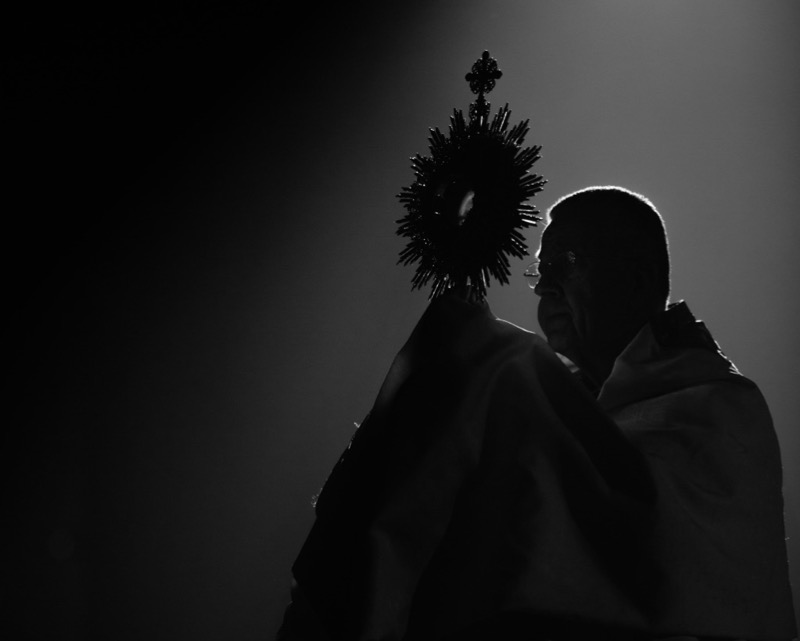 To understand clerical power abuse, look to the seminaries.

Poland knows what it means to be betrayed, so now it is first to help. 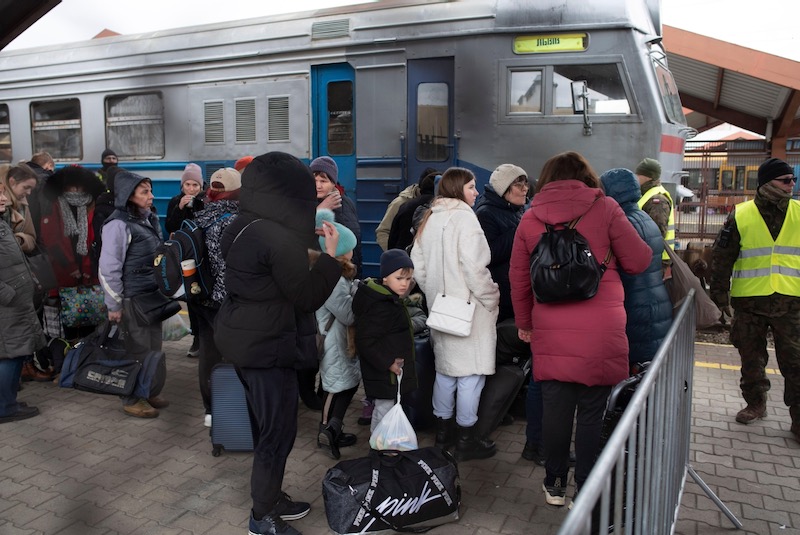 Nearly 600 thousand refugees entered Poland’s territory in the first week of Russian invasion on Ukraine. And the number keeps growing – after ten days, as of 5 March 2022 nearly 800,000 have already crossed the Polish border, counting from 24 February on. And there will be many more. The Ukrainians are being absorbed by the popular mobilisation of Polish families that feed on tradition of empathy, Christian values and the memory of Poland’s own experience with Russian aggression.

UNHCR claims the current exodus of Ukrainians is already the greatest ethnic exodus in the 21st century. Many more than a million refugees from Ukraine have left their country. And people want to help: in Polish border regions shops are being emptied fast after each delivery. There is a great demand for goods, because anything – from clothes, through sleeping bags, to clothes – is needed. The volunteers also created a custom Google map used to pin free offers of shelter for Ukrainians, for example for “a mother with 2 children”, “a mother with a teenager” or “a family”.

Perhaps only God alone knows how this works, but apparently this has worked thus far, prompting Poles to speak about “the Miracle of Solidarity”. This refers to the idea of the Solidarity movement, a Polish anti-communist movement founded in 1980 and fiercely opposed by the communist Russia. “Solidarity” used to have ten million members at its peak. Now it seems that a few hundred thousand Poles already helped Ukrainians with accommodation and transport and millions have contributed material help. This is based on estimations: for example a fundraising platform Sie Pomaga has collected £6 million in more than a week, thanks to 360,000 benefactors. But there are dozens of campaigns like this. The Polish Economic Institute estimates the value of Polish help for Ukrainians in the first week of war could be anywhere between £33m and £185m. And it will be much higher as the crisis unfolds.

Helping refugees has become sort of a habit throughout Poland. Each morning citizens are packing sleeping bags, backpacks and food on the streets. The universities, city halls, commercial buildings are cluttered with packages; local schools and kindergartens collect diapers and items, and Polish and Ukrainian flags flutter on the rushing buses. Stadiums and sport centres are transformed into shelters, railways offer free tickets for the Ukrainians, banks like PKO or BGK and NGOs collect relief money, whereas private car sharing companies offer their cars (for free) to those who need to travel to the border. Internet portals like Onet or WP broadcast and translate Ukrainian television live or have introduced sections in Ukrainian. In turn the government prepared dedicated websites (like this one) to help the migrants further.

We are very busy these days, but this is the least we, as Poles, can do. It is no time to drink evening cocktails if Ukrainians are forced to make Molotov cocktails,  day and night – in order to deter a war criminal Putin from treating Ukraine as his private property. Many people in the social media remarked in the recent days that Warsaw is doing for Kyiv what no-one did for Poland back in 1939, when Nazis attacked and we were abandoned by the allies, including Great Britain. Poland knows what it means to be betrayed, so now it is first to help: the city mayor Rafal Trzaskowski even decided that the so called “spycraper”, a large building  thus far illegally owned by the Russian diplomats will become a shelter for the refugees from Ukraine.

The future is not so bright though. There will soon  be 1 mln refugees and then, if some of the worse future scenarios will materialise, as much as 10 percent of Ukrainian population might move to Poland, which would mean 5 mln refugees. Poland may be a preferred country for them because it is located geographically close to Ukraine and because Polish language is partly similar (70 per cent similarity of the basic language register in spite of a different type of alphabet). Moreover, Poland and Ukraine have low cultural distance and there exist robust Ukrainian social networks in the country: even before Russian invasion there were 1,5 mln Ukrainian migrants living in Poland who now lend hand to their close ones. Anyway, Poland hopes for the EU to help in the process of relocation and thus far there as no evidence the EU would disappoint us.

What is very disappointing, however is the international coverage of the miracle of solidarity. For example, The British BBC spread grievances of an African student who felt mistreated at the border due to alleged racist reasons, whereas his long waiting time at the border stemmed from the fact that it was the mothers and children that had a priority treatment. Similar case with German newspaper Der Spiegel, the Guardian and other media. Such coverage reveals not only deep cultural biases against the Central and Eastern Europe, but unfortunately it also helps Russian propaganda that is constantly trying to picture Ukraine and Poland in negative light. Some people in this spirit were also speculating that Poland has helped Ukrainians “only because they are white”, whereas it did not help migrants from Belarus back in 2021.

Needless to say, this is disinformation: in 2021 migrants were brought to the Belarus-Poland border by Putin to keep Poland busy as he was preparing his war; whereas in 2022 migrants are escaping from Putin. What is more, today the migrants are not flown voluntarily from distant regions, but run away on their feet from their home to Poland that is the closest safe haven and a direct neighbour. Besides, Poles have been helping people no matter their ethnicity or religion and there exist sites like  polandfirsttohelp.pl that document the process.

Anyway, what the future will bring? In contrast to many in the West, Poland has long understood the threats stemming from having putinist Russia as a neighbour. We have been reshaping our armed forces by developing Territorial Defence structures that can assist the uniformed services in various crisis tasks. When we were forming them years ago, the idea was ridiculed internationally, but now other countries want to prepare similar structures. We had some time to make direct preparations  for the crisis: especially after we witnessed how Putin’s ally Lukashenka weaponised migration in 2021 by duping non-European migrants into believing Polish border was open to cross.

According to a crisis handbook written shortly before Russia’s invasion by the Polish Programme of Migration Support, under the umbrella of the Polish Ministry of Interior and Administration each Polish voivodeship (region) is tasked with overseeing the management of migration, providing shelter, infrastructure and care. Certainly, it simply cannot go perfect – the number of migrants are growing as you read those words and there will be always some people that will take advantage of someone’s vulnerability or systemic problems. This is unavoidable in a crisis situation like this because of what risk managers call the law of large numbers. The law basically says that as the numbers grow and processes become more complex any rare and unusual occurrence is increasingly likely to happen.

In the future Poland will need international humanitarian support and refugee centres unless the West would succeed in curbing putinist Russia in early March. As I am writing these words, Poland accepts 100,000 migrants daily (sic!) and Putin is committing atrocious war crimes. If the dictator of Russia sticks to his apparent plan to destroy Kiev to the rubble no matter the civilian losses, we could experience a great humanitarian crisis. However, thanks to the miracle of solidarity in the first week of war, the future stages of the conflict will be more bearable for Ukraine’s mothers and children. And for their fighting husbands. On 5 March Ukraine’s president Zelenskiy addressed Poland’s solidarity and said: “We managed to avoid a humanitarian crisis at the border. Thousands of women and children were respectfully accepted. Noone is asking about their nationality, religious denomination or how much money they have.” We need more miracles of solidarity like this.

Dr Greg Lewicki is international relations analyst and foresight consultant, a fellow at the Polish Economic Institute and researcher at War Studies University. Author of publications on civilisational trends and the power of nations. Follow him on Twitter (www.twitter.com/greglewicki) or Facebook (www.facebook.com/greg2future)