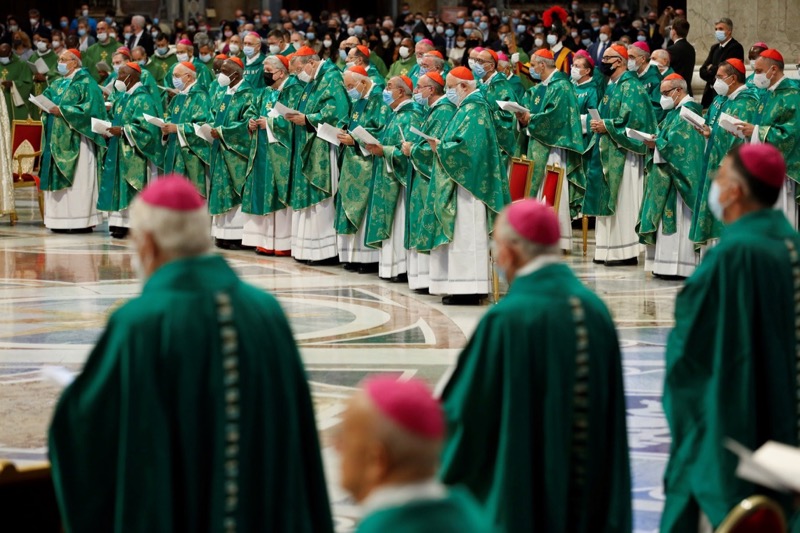 We could be heroes? 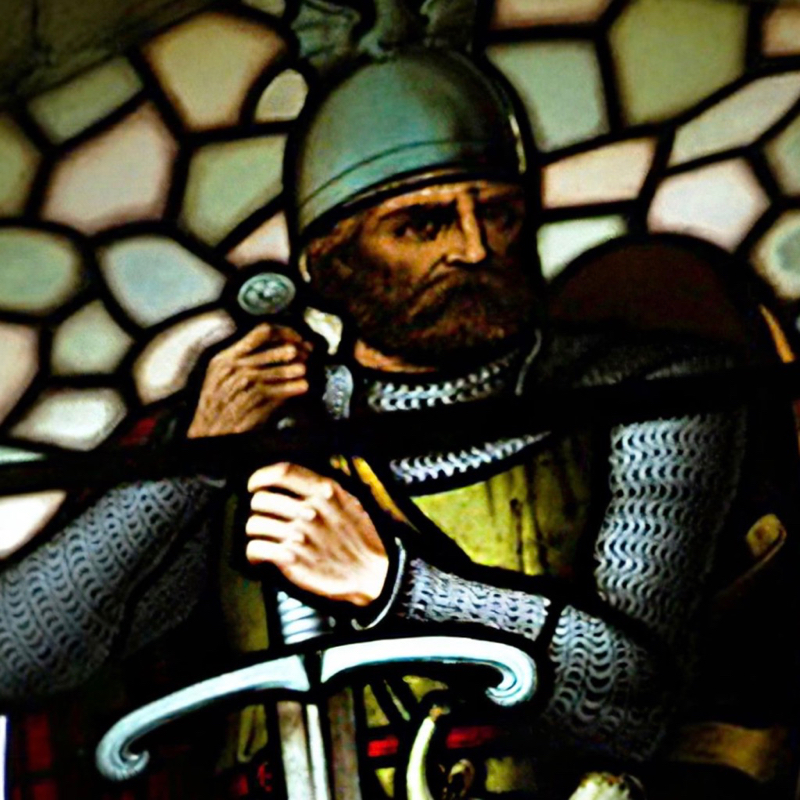 Who are your heroes?  It’s always an interesting question to ask, and not just because people’s choices tell you something about them as well as about the people they choose. What is a hero, anyway?  It’s a word that has shifted over time.  It can mean simply the central person in a narrative, with no further connotations.  This allows every person to be the hero in their own life, which can be very irritating for others, but seems to be universal.  Heroes of antiquity had to be brave, larger-than-life figures, but not always paragons of virtue (Achilles, for example; Jason).  While the gods can be cunning, mean-spirited and downright cruel, human or half-human heroes (with one divine parent, usually Zeus) were usually above such behaviour — which means they were behaving better than their gods.

Heroes are role models for children and the young, or at least they are often called into service as such. They don’t have to get everything right, but they need to get something important right at a crucial moment in the narrative. This is why it is so awful when Frodo does not cast the Ring into the fires of Mount Doom when he has the chance (but Gollum does get a final, redemptive, part to play). Heroes can have a fatal flaw, but they need to be able to transcend it for that crucial moment, or the story will end badly. We do need to admire them. They show us what we can aspire to be.

The basic idea behind saints is a sort of holy heroes, but the traditional saints have lost a lot of their stuffing in pious retellings of their myths, and we need to repurpose them if they are to be attractive to today’s youth, especially the female half. There used to be a strong manly/military element in the cult of heroes: ‘Some talk of Alexander, and some of Hercules’, but the song goes on to canonise the standard British Grenadier. This happens whenever a country is at war; everyone fighting on our side is a hero, and everyone on the other side is a villain and a coward, both of which insults are patently untrue. This has led to considerable historical gender imbalance (another area where saints and heroes are similar), but nowadays most women can be encouraged to offer female heroes as freely as male ones (and the men may catch up one day). Heroes of old used to be towering figures (the demi-god trope), whereas nowadays we positively look for heroes who don’t stand out, so that we almost need another word. This is a modern phenomenon. Heroes now are people doing their jobs in difficult circumstances without making a fuss and usually without others noticing much. We have discovered thousands of heroes all around us as part of the pandemic.

Heroes used to have to be famous, or very personal.  So you could choose a towering figure from history, or you could choose (say) your grandfather. But the decision to rebrand all NHS workers as ‘heroes’ shows this new version of the word. Here we have a hero who is often invisible, undervalued, sometimes (shockingly) abused or attacked, but someone trying simply to do their job. It’s the same understanding of ‘hero’ as the military charity ‘Help for Heroes’. This makes every soldier a hero, but the emphasis is on the ones who have been hurt. That’s interesting, because in the old understanding of heroes, the hero was nearly always the strongest person around, and could only be hurt by trickery or some magic flaw (Achilles’ heel; Hercules and the poisoned shirt; Julius Caesar). Until the fatal blow, they were invulnerable.

This is only one of the areas where the pandemic has made a difference to our language.  It has been fascinating to observe the process.  Because it was a new event for most of us, it had to define its own terms in the beginning, and we all learned the difference between facecoverings and facemasks as we went along.  Other words took on a new lease of life (‘household’; ‘aerosols’).  Some people became identified with certain catchphrases (strain every sinew / put our arms around / do whatever it takes / working night and day), but as soon as they became catchphrases, people stopped being impressed (or sometimes even listening), and the discourse became ever louder and shriller.  I am grateful to someone at The Guardian who did the counting, because here is an interesting statistic : ‘world-beating’ was used in Parliament twentyone times in 2019, but in the second half of 2020, it was used one hundred and fortyeight times, when the pandemic, after all, is not a competition. Sometimes people’s efforts to be simple and direct tipped over into the almost comic; after weeks of being told that the Government was putting its arms around us all, we suddenly found ourselves being constantly told how important it was to get the vaccine ‘into people’s arms’, and my mental pictures were getting very confused, especially as the vaccine was apparently going into people’s arms and then just staying there and ignoring the rest of their bodies.  Catchphrases are more useful when they aren’t scientifically illiterate.

Another fascinating expression was ‘to sadly-die’ (sic; stressed on the first syllable), which is what every Covid victim did for months.  It’s better than ‘passed’ or the older ‘passed away’, I suppose, but I note that it is no longer being used in press briefings, because the figure of daily deaths is just being stated in passing, to coin a phrase.  Perhaps this is one way that we are learning to ‘live with Covid’.

Heroes, like saints, are people to admire.  Saints go through a stage of being ‘venerable’ in the process of being made a saint, so veneration is an entirely proper response; the equivalent for heroes is hero-worship.  It used to involve the idea of being an example to live up to, but I think this is also changing slightly in the modern idiom, especially as our NHS heroes are so often underpaid and overworked, not what many parents would encourage their children towards.   We don’t pay them enough, but the more we understand what they do, the more we admire them, from paramedics and nurses to care home staff; and maybe, the more we feel that they are doing what we can’t.

Action heroes are an interesting subset, because you can’t aspire to be like them in their superpower, but you can hope to be on the side of the good guys. Life is too cheap in those films, though, and there is an awful lot of collateral damage.  But maybe we could improve the image of some of our saints by recasting them as ‘action saints’. Saints with swagger. I immediately think of Edmund Campion and Oscar Romero, and others might add Desmond Tutu. Saint Christopher, after all, was bigger and stronger than most people, that’s why he could take people over the swollen river. Saint Paul was always getting into trouble and having to be spectacularly rescued (knocked off his horse, let down the city wall in a basket, sprung from prison at dead of night, and so on). Some of the female saints who were so hard to kill must have had some superpower of invulnerability (St Catherine, Saint Barbara, and many more). But we don’t just want female saints whose only attribute is how they died, however heroically. We need more real women as role models, and there are lots of them. Unfortunately the process for many great female saints seems to stall.

We have already adopted various family saints, and we’re just waiting for the Church to catch up  (synodality in action?). I have great hopes for Dorothy Day; Cornelia Connelly and Elizabeth Prout are going to take longer, and of course Mary Ward has been waiting for far too long. If St Paul could be canonised even after persecuting the early Christians, surely the Church can bring itself to overlook Mary Ward’s stay in a Vatican dungeon? This woman is both a hero and a mighty saint; the sight of her dilapidated shoes (preserved lovingly in a German convent) always reduces me to tears. Margaret Clitheroe’s chapel in the Shambles, in York, has the same effect. I’m not sure why heroism should so undo me, but maybe it’s precisely because it wasn’t a great performance, to great applause, like the ancient heroes. It’s more like the modern understanding of the word : both women were just trying to do what they felt God was asking them to do, however hard it became to keep going. Perseverance, as Mary Ward’s tombstone reminds us, is a great virtue, and it’s one that ‘our NHS heroes’ demonstrate in both saintly and heroic ways.