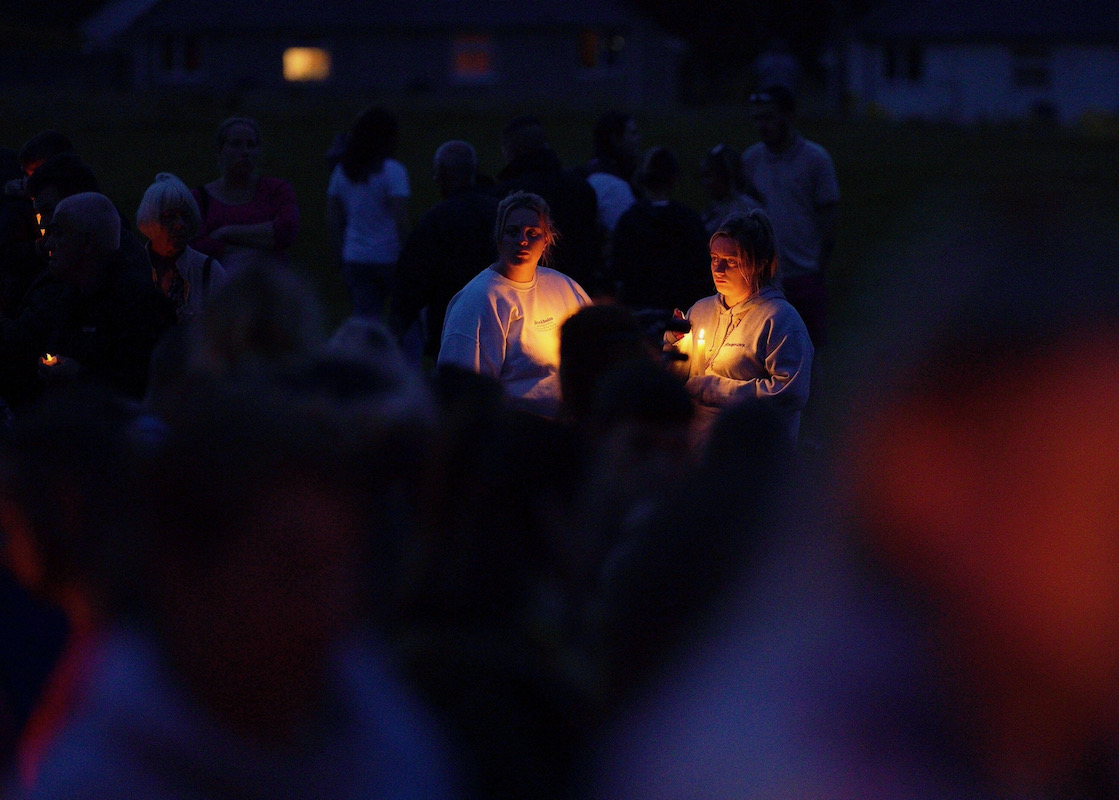 Does the Catholic Church have its own 'incel' problem? 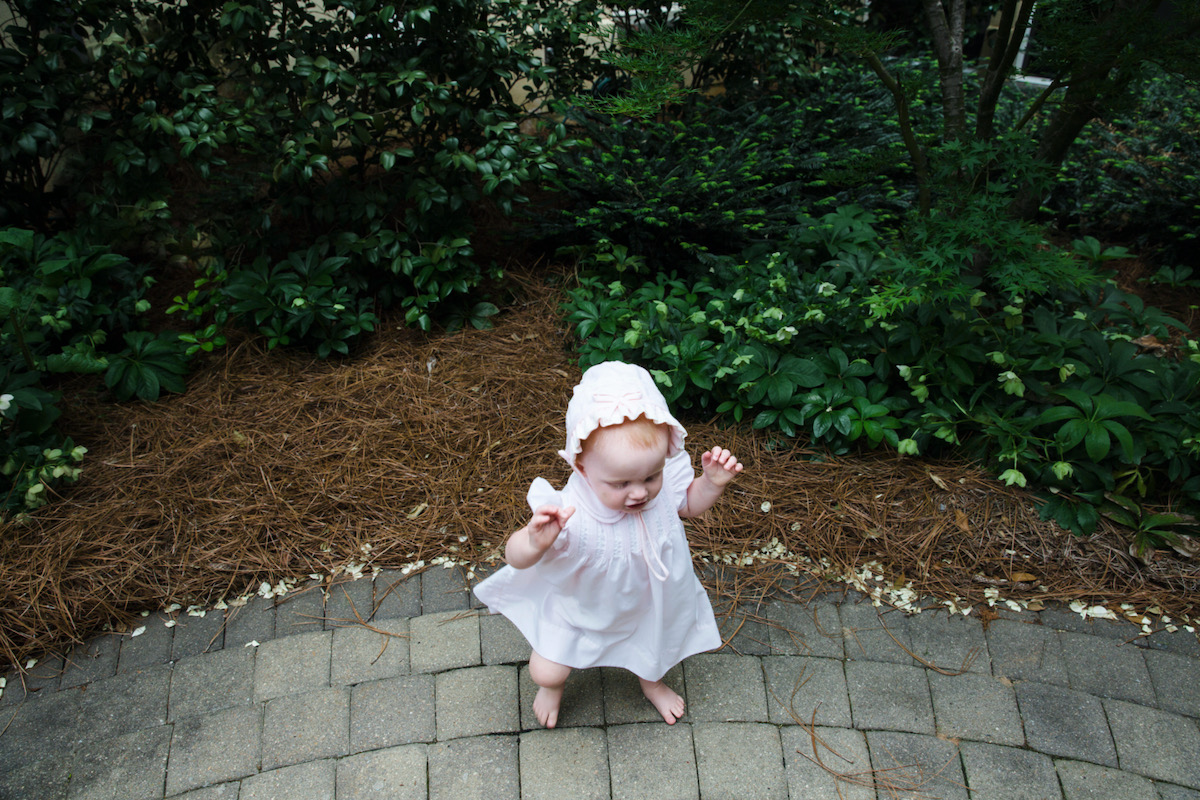 Why do some people think that telling boy and girl babies apart is such a big deal, when the person is so little?
Emily Mitchell / Alamy

It was unexpected (by me, at least) when someone came into one of my post-natal wards and went round asking the mothers if they wanted to have their baby’s ears pierced. Some people said yes. There was no way I was going to have anyone’s ears pierced when they were little, I reckoned that the essential injections were enough pain for any baby to put up with. So we gave the girls the choice to have it done themselves after they reached eighteen; two of them did, one didn’t (and Peter went off and got a tattoo, which was definitely not something I was happy with – double standards?) It was a little while before I even realised that some people pierce their baby’s ears because it is a simple way to pre-empt any question as to whether it is a boy or a girl. Peter also decided to go for a pirate earring, but I don’t think anyone would do that to a boy baby as a newborn (not a good career choice).

Why do some people think that telling boy and girl babies apart is such a big deal, when the person is so little? What difference does it make? We never felt it mattered very much, but it’s astonishing how much store can be set on it. As soon as you start buying baby clothes, you realise how strongly shops want you to differentiate. Presumably it’s partly so that they can sell you even more clothes even more often, but there seems to be more to it than that. We wanted the children just to be warm and comfortable (they were beautiful already), and it certainly helped getting dressed if there was a dragon or a dinosaur on the front. Of course the girls had party dresses  (their father called the smocked ones ‘granny-pleasers’) and the boys had smarter tops for occasions, even a tiny kilt; but most of the time, everyone wore the same sort of thing, and certainly colours weren’t gendered.

In a big family, everything gets passed on, and it’s a real pleasure to see a beloved garment come round again. Everyone wore everything, except for actual dresses. If Rachel had decided to become mobile earlier, she would probably have worn even fewer dresses, because they are no use for crawling, and liable to trip up a learner-walker. She didn’t walk until she was about sixteen months, nor even crawl till later (but she was very good at explaining what she wanted fetched), whereas Peter walked at eleven months and crawled before, so he had not just pink dungarees but patched pink dungarees.

When the children were old enough to express opinions about clothes, they all wanted the ones with dinosaurs or dragons, and I don’t think anyone would have been especially interested in the rainbow unicorns offered today. But any idea that the girls shouldn’t be equally active, or get dirty, or rush about, was simply laughable. So a lot of the time, we simply bought boys’ jumpers, trousers and pyjamas, and counted them as neutral. Sometimes this led to discussions at the till, but after all the customer is always right. Shoes were more of a problem, especially for school.

Double standards wouldn’t be such a problem if it weren’t always the girls that lose out. Or who have to put so much extra effort in, and then be judged on different criteria. I was thinking this looking at the photograph of the actors on the sofa for the Friends reunion. Margaret loves Friends, which she used to watch at boarding school. A dear friend gave her the DVDs as a parting present, and she knows practically all the episodes by heart. This is why she showed me the picture; but what struck me about it was how the men have aged and the women have tried so hard not to. And nowadays the men look more real and more interesting to talk to (even though I actually liked the women characters better, when she showed me a couple of episodes). They look like people who have had some experience and maybe gained some wisdom. They are also fatter, but so what? Is that the only measure?

Any child should grow up with as many opportunities as possible available. Toys were another area where we didn’t make gender assumptions, and the children played with whatever they could haul out of the toybox. Everybody had both teddies and dollies, because I always bought a baby doll (with a waterproof body) for the previous child whenever a new one was in the offing, so that they had something to bath while I was bathing the new baby,  and we could do it together. When we were buying Lego and Playmobil figures, we tried very hard to find female ones as well as male, and I became so frustrated at one point that I even wrote to Lego. They suggested that we concentrate on the (large and expensive) castle sets, which had a pink princess or two. We actually took to swapping the faces and hair round to increase the options, but I’m delighted to say that there are a lot more female figures now, even if too many of them come with domestic paraphernalia. You can take the sting out of that, though, because as soon as it’s out of the box it can be shared around. Playmobil male figures can hold the pushchair handles just as easily as the female ones, and the same is true of Duplo and Lego. You can’t start avoiding sexist assumptions too early.

How we talk about things is important too. It’s irritating how women’s pursuits are seen as slightly comic or not serious, while men’s are beyond question. I am completely uninterested in football, but I can’t escape it whenever I turn on the radio. It totally takes over the news and the print media on a regular basis. Women’s sports either go unreported  (like the women’s successes in international football competitions since 1966; I do know that much, even though many professional sports commentators seem not to) or are dealt with quickly and patronisingly. The exception is the Olympics, but the interest in women’s sports even there is inversely proportionate to how scanty the clothing is, which is depressing. Furthermore, football pitches within fifteen minutes of every child are not going to be much use to (many of the) girl children. It’s the same with space : Helen Sharman, the first British astronaut, is not as famous as she would be if she were male.

The power tools section in any hardware shop is serious and manly;  the tools I need for knitting, crochet or weaving are referred to as ‘accessories’. Is a Black and Decker an accessory? I am just a good cook;  if I were a man, got other people to do all the hard work and washing up and shouted a lot, I would be called a chef and treated with great respect. Mary asked John recently what she should do to increase her potential earnings as a freelancer;  he said that she should have been born a boy. It was a quip, but there is an uncomfortable nugget of truth in it : male and female earnings are out of kilter everywhere, and the pandemic has only made things worse.

And we need zero tolerance on sexism, exactly as we do for racism and anti-Semitism. It’s never only ‘lighthearted banter’, an expression I loathe. It’s not all right for anyone to tweet sexist comments even as a teenager; the internet will be a toxic space for women, until everyone knows, from before they can even type, that sexist comments are not acceptable. Similarly, the school  environment should be as safe and comfortable for girls as for boys, from the earliest age onward; otherwise, what message are we sending?

The Church is in a difficult area for double standards and sexism. Usually women are in the majority in the pews, and certainly in the practical jobs of cleaning and catechetics, but they do not have a voice or influence. We may not even discuss the question of women’s ordination. Abortion is an opportunity for many people to nail their colours to the mast of Catholic orthodoxy, because it’s only a women’s problem, right? We will never be able to get rid of the need for safe and legal abortion until consent is regarded as important and rape and assault are prosecuted properly. We cannot insist that abortion is the only unforgivable sin while we do nothing to tackle the question of how that baby was conceived, whether the mother freely consented. She did not get pregnant on her own. I’ve had two miscarriages; I cannot imagine an abortion being anything other than deeply traumatic, and I would never choose to have one; but it is legal here and in many countries. I cannot tell any woman who’s been raped, forced, beaten up or abandoned, that her reasoning should be the same as mine. Jesus doesn’t ask  (at least, as far as we know) where the adulterous man is, when the women taken in adultery is thrown at his feet;  but he makes it clear that he is not in the business of condemning her.

The Church needs to listen to women here and elsewhere, before it immediately condemns them, and how about a campaign on consent, or on what it means to be a father? I think single mothers are often doing a heroic job; but their children are being short-changed by their fathers. Every baby has to have had two parents, and both of them have a job to do. Why do we draw a veil over this? Double standards again.

It’s fascinating to see how quickly hypocrisy is called out in some areas of our lives, especially with the current arguments about crony capitalism, chumocracy, different rules for the governed and the governors, from social distancing to self isolation when pinged. There seems to be a new cause for outrage, and a new set of indignant headlines, almost every day, although often not very much is done about it. Sometimes there are tangible results. Double standards over sexism seem to be the hardest actually to get some traction on. It’s sad to think that the Church cannot be a credible interlocutor here. Maybe something needs to change?