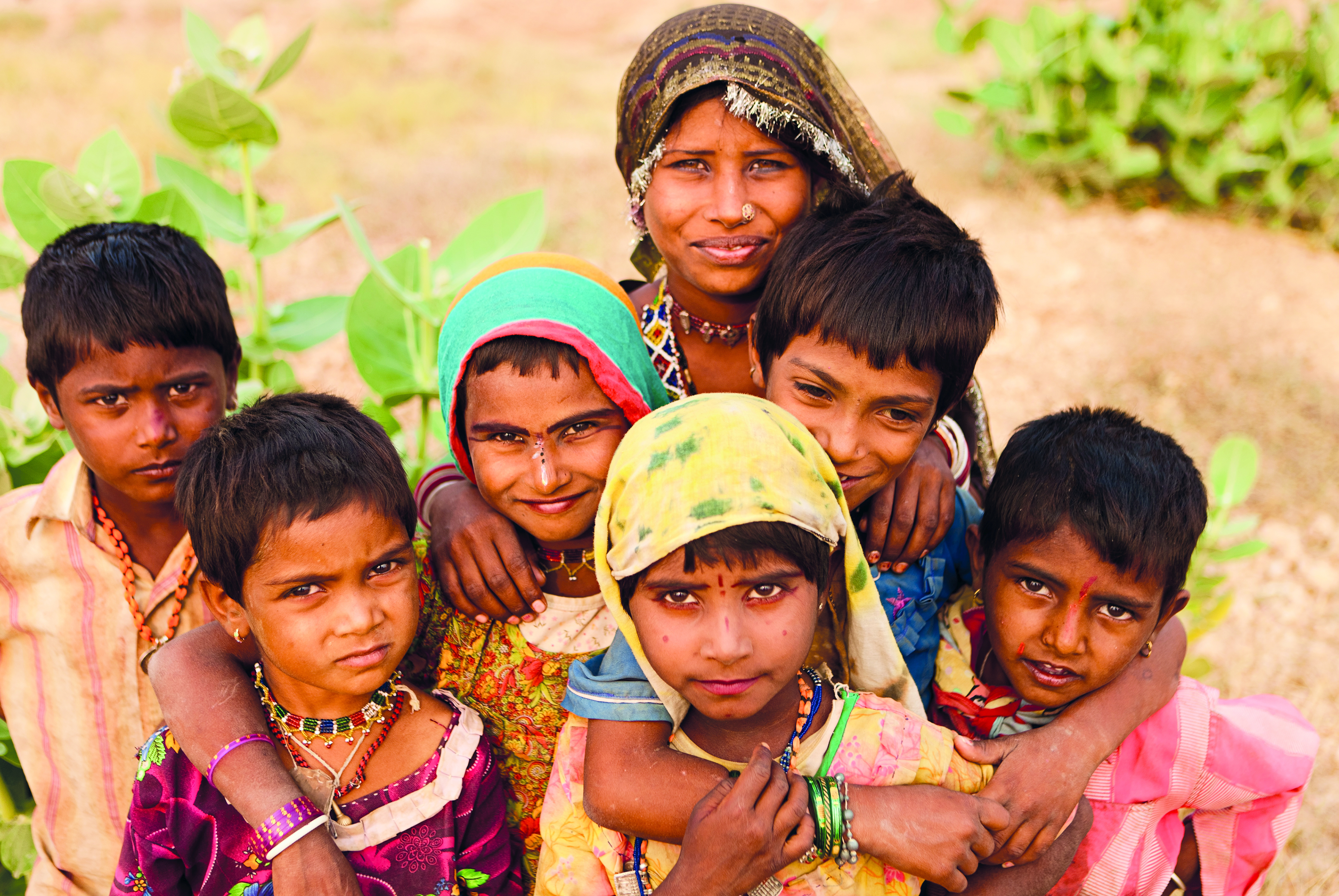 Hungary claims to be upholding Christian polity and defending the Christian identity of Europe – but is it? 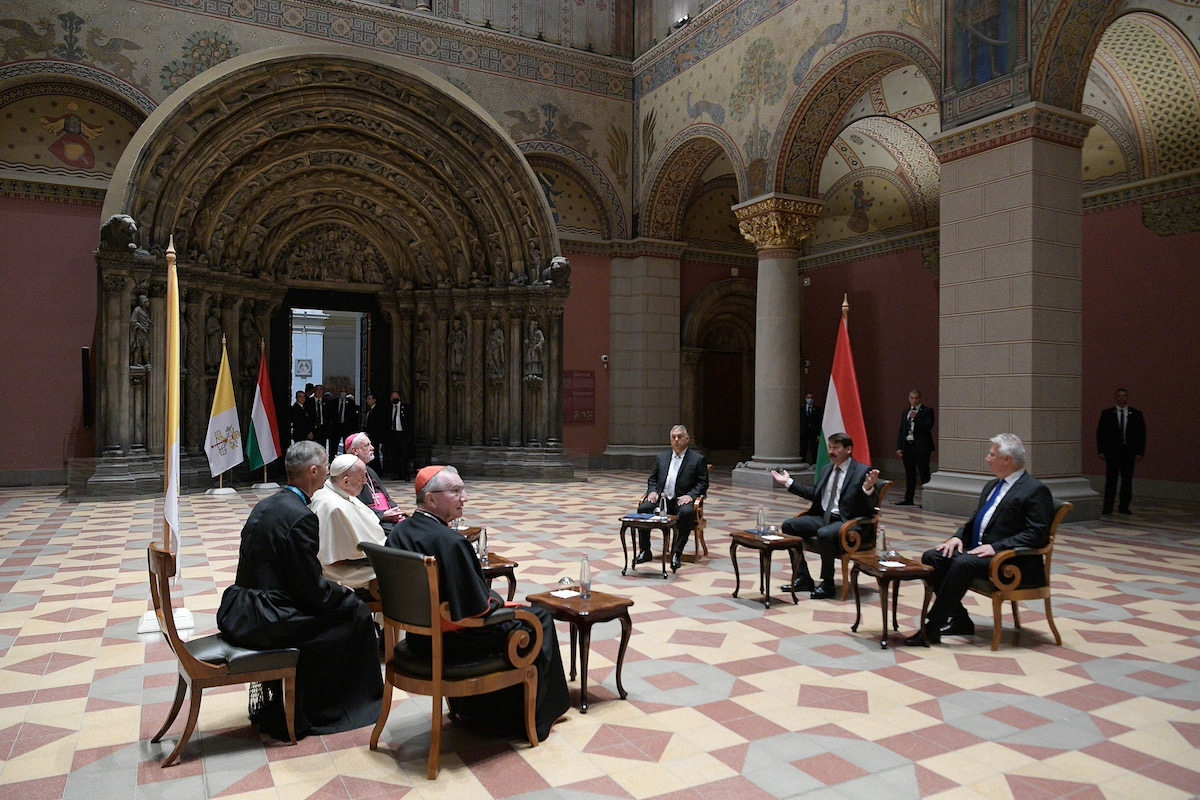 Last week’s International Eucharistic Congress in Budapest, and, even more, the Papal visit with which it closed, took place amid controversy about the credibility of Hungary’s government’s claims to be upholding a Christian polity and, even, defending the Christian identity of Europe itself.

The issue was brought to a fine point with prime minister Viktor Orbán’s presentation to Francis of a facsimile of a 1243 letter from King Bela IV, beseeching then Pope Innocent IV for help in resisting the Mongol invasion of Europe and complaining of a lack of solidarity from other European monarchs. Orbán accompanied his gift with a plea to the Holy Father not “to let Christian Hungary perish”. The implications in terms of their contrasting public stance on migration is obvious.

There is however a certain irony in the gift. Despite colourful rhetoric from Orbán about the danger non-Christian migrants pose to Europe’s Christian identity, he has proved very amenable to their importation. Hungary is presently welcoming migrant workers from as far away as Mongolia to plug a crippling labour shortage. The latter is caused by an unhappy combination of low birth rates and mass emigration of young people to Western Europe since Orbán returned to power in 2010. Estimates vary but respectable sources place the number at over 800,000 (over 8 per cent of the population). Most will never return and their children will know Hungary only as visitors.

According to data from KSH, Hungary’s Central Statistical Office, in 2017-18 alone Hungary welcomed the equivalent of approximately 1.5 per cent of its population in the form of immigrants from non-EU countries – principally the Far East. The overwhelming majority are of course non-Christian. By contrast Hungary was allocated a mere 1200 verified refugees from Syria under the abortive EU resettlement scheme which Orbán so loudly resisted.

The resistance to accepting refugees stands in strange contrast with the Hungarian prime minister’s cultivation of close ties to Muslim governments in Central Asia (notably Azerbaijan) boasting dreadful records in the treatment of their Christian minorities – a subject on which the Hungarian government is conspicuously silent. Budapest now hosts a school belonging to the Maarif Foundation and co-sponsored by the Hungarian and Turkish governments. It is dedicated to promoting “Universal Islamic Values” as interpreted by Turkish President Erdogan’s Justice and Development Party (AKP).

Under Orbán’s premiership Hungary has become not only an observer member of the Turkic Council but the host and sponsor of its European Representation Office – at considerable public expense. Hungary is the only Visegrad state not to acknowledge the 1915 Armenian Genocide – for fear of endangering good relations with Ankara.

Diplomatic relations with Armenia, the world’s oldest Christian state, were indeed severed a decade ago after Orbán (acting against advice from officials) returned convicted murderer and Azeri army captain Ramil Safarov to Baku for “humanitarian reasons”, where he was released, pardoned and promoted to Major by the President of Azerbaijan, Ilyan Aliev, immediately upon touchdown

Safarov had previously been convicted of the vicious killing and dismemberment in a frenzied axe attack of Armenian colleague Lt Gurgen Margaryan while both men were attending a NATO partnership training course in Budapest. Members of the Fidesz leadership were subsequently found to have benefited significantly from questionable financial dealings with the Aliev regime. The Hungarian government’s strange behaviour in this affair elicited a rare venting of public dismay by Hungary’s church leaders – but by then the damage was done.

Orbán’s invocation of the idea of an existential threat to “Christian Hungary” from an ethno-religious “other”, especially in the context of the Eucharistic Congress, has uncomfortable echoes of the last time Hungary hosted the event, as readers of Paul A Hanebrink’s In Defense of Christian Hungary: Religion, Nationalism, and Antisemitism, 1890–1944 (Cornell, 2006) will recognise very quickly. The same language of “protecting Christian Hungary” was used to justify the passing of Hungary’s “First Jewish Law” on 24 May 1938. This occurred the day before the 32nd IEC began in Budapest under the Presidency of Papal Legate Cardinal Pacelli (later Pope Pius XII).

That law restricted Jewish numbers in the learned professions, defined Judaism by race not practice, and voided state-law recognition of all Jewish conversions to Christianity after 1919. The act was passed with active support from both Catholic and Protestant Bishops in the Upper Chamber of the Hungarian parliament – including the country’s Catholic primate, Cardinal Serédi.

In 1938 the  coincidence of Hungary’s “safeguarding” from the “Jewish menace” and its “Celebration of its Christian Identity” (beginning the next day) made the two  things events seem like reverse sides of the same coin to many contemporaries. Added to this, widespread talk of “Judeo-Bolshevism” meant that the strongly anti-communist rhetoric surrounding that year’s Congress lent it what one historian has described as an air of “consecrated anti-Semitism”. This was given some, most likely unintentional, support by Pacelli’s rhetoric about “Christian Hungary” being a bulwark against “threats from the East” – past and present.

It has thus become hard for historians not to see the 1938 IEC as part of the background to the Hungarian Holocaust. It did not, of course, cause the latter. However the 1938 IEC as crystallising symbol forms part of the complex matrix which explains why ordinary Hungarians did so little to resist or frustrate the deportation of their Jewish fellow citizens – especially compared to neighbouring (and more strongly Catholic) Slovakia.

This legacy is all the sadder as positive memories of the 32nd IEC helped sustain many Catholics during the decades of Communist persecution. In the context of deteriorating relations between the Holy See and the Third Reich the Congress also had genuinely anti-fascist associations  –  indeed Nazi Germany forbade travel to it for citizens of the Reich. As Zsófi Hutvágner, a Hungarian history PhD student at Texas Christian University, explains: “Looking at the memorabilia we have from the 1938 Congress makes me think about how much it meant for my family members. The momentos they kept from the Congress give a sense of how they held to higher values – ones which helped them navigate an increasingly fascist landscape in Hungary. Maybe the memory of those few days when Hungary was at the centre of the Christian world gave them something good to cling on to during the Communist decades that followed too?”

It is likely with an eye to this painful historical ambiguity that the organisers of this year’s IEC went to commendably extensive lengths to give representatives of Hungary’s Jewish community an honoured place in the proceedings. It is also perhaps partly why Pope Francis foregrounded the issue of antisemitism in Hungary and the need of Church leaders to face it robustly in his address to ecumenical and Jewish representatives shortly before the closing Mass.

This care and sensitivity is to be applauded but it will be of limited value if the 52nd IEC, and its memory, is captured by contemporary identity politics. The two congresses 83 years apart share a common anthem but should not be burdened with like associations. A risk of this being so was unfortunately detectable not only in some preparatory events (as I wrote in “A very uneasy alliance” in the 4 September issue of The Tablet) but also in the words of Fr Kornél Fábry, the general secretary of the Congress to the New York Times last Friday. Speaking of the Fidesz government he said: “They want to protect Christian values,” and argued that there were “more and more followers of Orbán” in Europe.

Hopefully attendees will be moved less by such sentiments and more by Pope Francis’ exhortation at the end of Mass: “Religious sentiment has been the lifeblood of this nation, so attached to its roots. Yet the cross, planted in the ground, not only invites us to be well-rooted, it also raises and extends its arms toward everyone.”

Alexander Faludy is an Anglo-Hungarian freelance journalist based in Budapest.