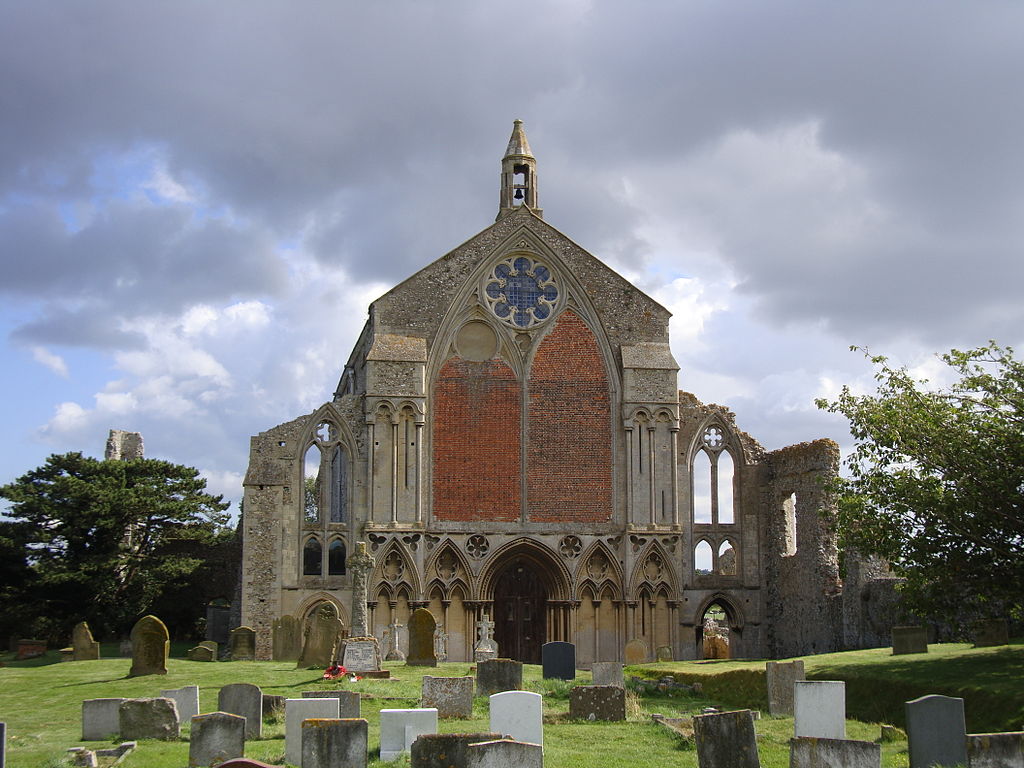 The monastic mysteries that survive the mixed fortunes of Binham 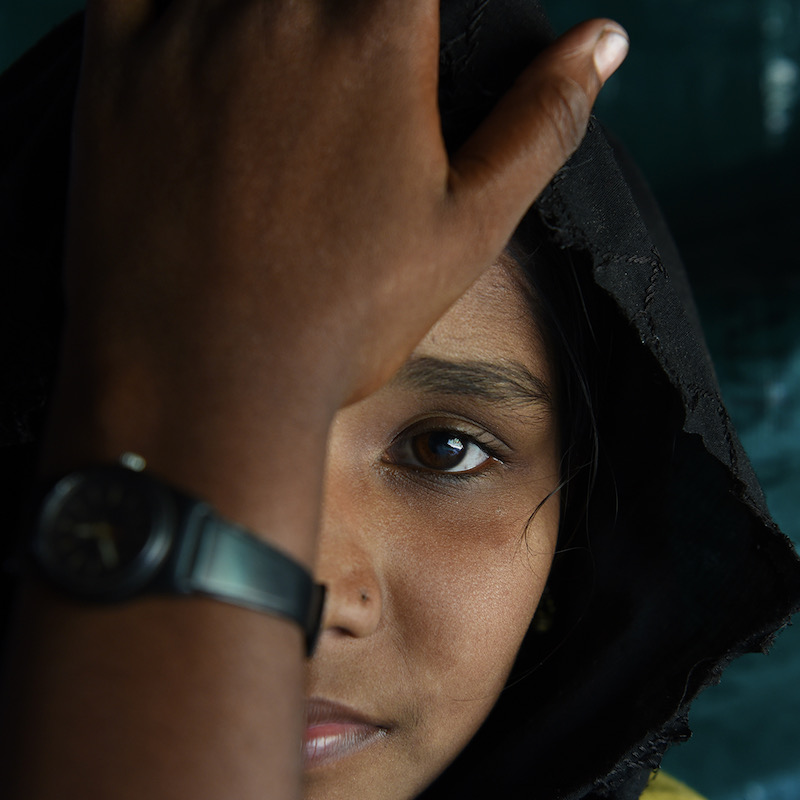 Every woman and girl in the UK knows first-hand these words are true. But the dangers are far worst in developing countries, where girls face being married off long before they get the chance to finish primary school, let alone fulfil ambitions to become barristers, doctors or teachers if they want to. But it should be their choice. Harriet Johnson is one of many campaigners and organisations who are working to change the status quo – to get a fairer, safer deal for women and girls. That’s why World Vision UK is using her quote in its latest campaign #500 girls. The campaign has been launched because it’s unacceptable that millions of girls globally at risk of child marriage, child labour, human trafficking and who are forced out of school before they are ready.

World Vision’s work – transforming communities in the most difficult places in the world, shares its inspiration with the principles of Catholic Social Teaching, underpinned by Jesus’ words in Luke 4 vs 18: “The Spirit of the Lord is on me, because he has anointed me to proclaim good news to the poor. He has sent me to proclaim freedom for the prisoners, and recovery of sight for the blind, to set the oppressed free.”

The UK campaign #500 Girls gives people the chance to support World Vision’s work by aiming to encourage 500 people to sponsor a girl by 11 October, International Day of the Girl Child. And World Vision has empowered girls themselves to call on Governments for a better deal globally. In a side-event to the Global Education Summit, arranged by World Vision, youth advocates from Bangladesh, the Democratic Republic of Congo, Zambia and Zimbabwe developed a list of actions they want to see from governments taking part in the summit. These include an increase in funding for education, enact and enforce laws to protect girls and adolescent mothers and help them return to school after giving birth, strengthen systems that protect girls from violence and develop a platform for children and young people to engage with policy makers, raise issues and work together to develop solutions.

At just 18, Samira has already endured a nightmare: she was trafficked into the sex industry and forced to work at a brothel in Mumbai, India. Samira is from a village in West Bengal and loved going to school, but at 14 she was told the family couldn’t afford her education. She was told she must go to Mumbai, where her brother-in-law found her a ‘work opportunity’ in the brothels.

There, Samira worked alongside girls as young as 10. She says: “In the morning there would be 12-14 men and, in the night, around 15 men. After working the whole day, we would be taken to a building in the middle of nowhere to get rest.”

After a police raid, Samira was rescued but returning to her village was hard. She was introduced to Mousumi, from the Child Trafficking Survivor Support Programme run by World Vision. Samira is in a cohort that includes child survivors of trafficking and enrolled on vocational courses in beauty and hotel management.

Samira is just one girl that World Vision has helped. While the international authorities encourage an end to trafficking, World Vision is working directly with communities to stop it and support those who have been through it. This involves supporting survivors to rebuild and restore their lives. It includes helping protect children, ensuring that communities are actively working to identify and support children in need; advocating for children’s rights; and providing for immediate needs such as emergency shelter and essential care.

World Vision’s work involves supporting groups like Hena Girls in India. At just 18, Mousumi is already building the Hena Girl Power group with 45 other young women to put an end to child abuse and child marriage in their community. Since the start of the pandemic, they have stopped eight marriages.

The greatest weapon in their arsenal is information. Joining forces with community leaders and authorities, the Hena Girls provide intelligence, reconnaissance and communication. They keep their ears open for conversations in the community. They confide in one another about developments at home. They hear adults talking at night, about plans for their sisters – or even themselves. And then, they act.

“Our first source of information is the Girl Power group,” explains Debu Patra, a World Vision technical specialist in the West Bengal area. “They are able to identify potential cases of child abuse and child marriage and are aware of the vulnerable families and girls at imminent risk of trafficking in the village.”

For Mousumi, her work with the Hena Girls is just the beginning. Though Covid-19 has kept her out of school this year, the experience of recent months has only added fuel to Mousami’s dreams of becoming a lawyer. ‘’I want to become an advocate and help people who are in trouble,” she says “For my village, my dream is that child marriage, child labour and trafficking will stop.’’

When Cynthia was born in Mwala, Kenya, her mother Janet looked into her little face and fell in love. There was no sign of the challenges that Cynthia would face, and the turns that both their lives would take.

As the days went by, Cynthia smiled, then learned to sit up. She turned six months old and was learning to crawl. But then, she started having epileptic seizures. And suddenly, Cynthia could no longer move.

Then Cynthia’s life took yet another turn. World Vision began working in her community and Cynthia was sponsored. With sponsors’ support, local staff visited the homes of children with disabilities to make sure the children and their families understood their rights and got access to the resources they needed.

But for Janet, the most exciting change of all was a brand new, proper wheelchair for Cynthia, who is now eight. World Vision’s wheelchair support program, ACCESS, partnered with USAID and a local organisation to identify children like Cynthia in need of a wheelchair, provide her with one, and train Janet how to maintain it and secure Cynthia in correctly.

The wheelchair is so much more than a way for Cynthia to get around – it’s a way for her to be part of community life. Now, Cynthia’s older sister can take her to Sunday school, and “She watches other children and listens to them singing,” explains Janet. “She feels happy. She feels included.”

With a wheelchair, Janet dares to imagine a different future for her daughter.

“Now that Cynthia has a wheelchair, her back is stabilising, she’s able to sit,” says Janet. “At some point, she will be able to join school and have a bright future through education.”

World Vision staff have linked her with government programs designed to help people with disabilities, and now a therapist visits Cynthia four times a month and trains Janet how to do exercises with her every day. Sponsorship also helped Janet set up a business making school uniforms to sell, so she can work from home while looking after Cynthia, and make sure they have food on the table each night. The icing on the cake is the goat that Cynthia’s sponsor gave as a birthday present – they can breed it to further boost their income.

For Janet, the support means she is finally free from fear of what the future will hold for Cynthia.