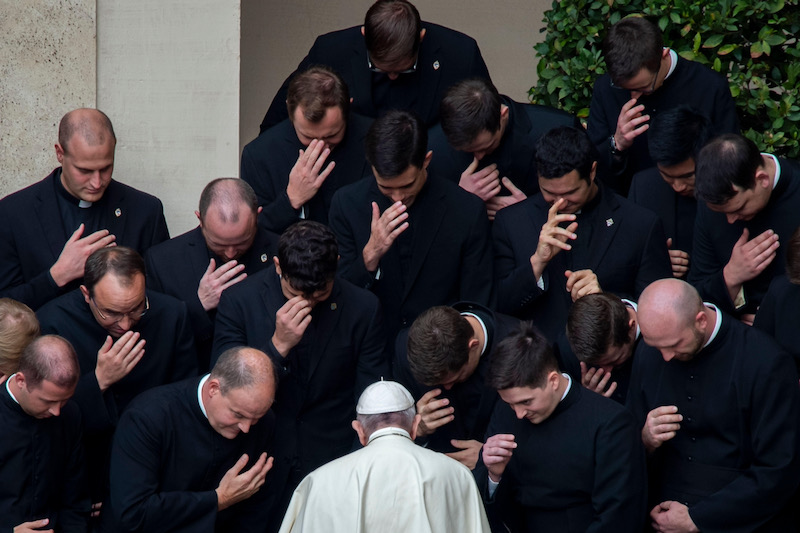 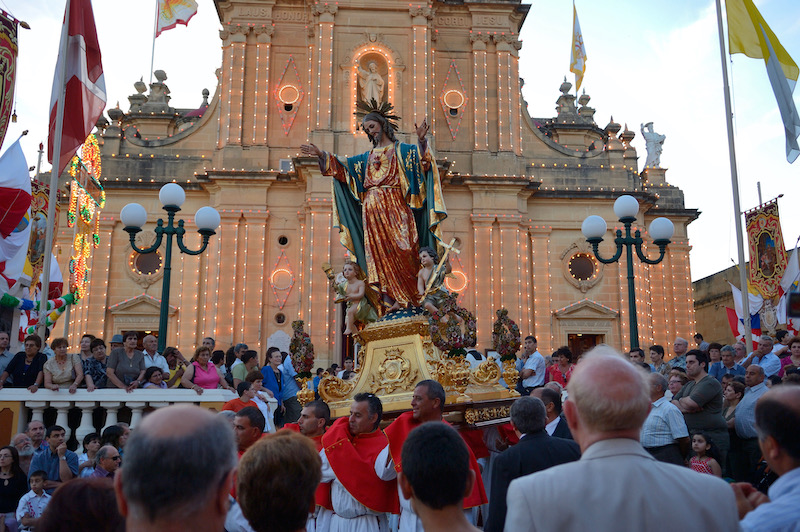 The feast of the Sacred Heart of Jesus, shown here in the village of Fontana, Gozo, Malta
parkerphotography / Alamy

This week, Catholics have marked the feast of the Sacred Heart, one of the most popular devotions in modern Catholicism. It’s hitherto left me emotionally and intellectually cold. Those brightly coloured images of an ever-so sweet Jesus pointing to His cherry-red heart crush my spirit and repel my senses in equal measure. There’s also a scholarly dimension to my disdain. The cult of the Sacred Heart didn’t emerge until well after the Renaissance and Reformation. As a medievalist whose scholarly interests and aesthetic tastes don’t really extend beyond c.1540, I usually direct the limited intellectual power of my little grey cells to more historically congenial manifestations of the human spirit and its quest for the divine.

But a heart attack at the end of April (hence my recent prolonged absence from this blog) prompted me to take a deeper and closer look at the veneration of the Sacred Heart. I found a devotion that goes back in the Middle Ages, a devotion which not only addresses my historical and art-historical interests, but also, in the writings of medieval theologians and preachers, provides words of comfort and healing that, resonating across the centuries, speak to me in my current convalescent condition.

But back to the future. Dripping in sentiment and pious emotion, devotion to the Sacred Heart assumed the form we know today in late seventeenth-century France. The writings of the priest St Jean Eudes (1601-80) and the visions of Jesus experienced by the nun St Mary Margaret Alacoque (d. 1690) were key to the development of the cult. It received the papal stamp of approval in 1765 when Clement XIII authorised the celebration of services in its honour.

Given that the Church counts its history in millennia, a Counter Reformation, Baroque era cult seems positively new and novel. But, as is so often the case with Catholic belief, the devotion has much deep roots, in this instance growing out of long-standing veneration of the wounds that Jesus sustained as He suffered on the Cross – the Five Wound of Christ: the hands and feet pierced by nails and the side wound from the thrust of the lance.

The devotion found expression in the writings of the Early Church Fathers such as St Augustine of Hippo (d. 430). In the years around 1100, it reached new heights and audiences thanks to the fevered religious imaginations of saints such Anselm of Canterbury and Bernard of Clairvaux who, in their devotions, made a direct emotional connection with Christ and His sufferings for humanity – what modern scholars called “affective piety.”

The bleeding gash in Christ’s side was interpreted as providing a portal – both literal and metaphorical -  to His heart. The concept found eloquent expression in the writings St William of St Thierry: “I want to see and touch the whole of Him, to approach the most holy wound in His side”, wrote the twelfth-century Cistercian, who continued, “Blessed the souls you had hidden in your heart, the inmost hiding-place.”

A host of holy women were soon counted among the devotees of Christ’s side wound and heart. Their number included St Mechtilde, a thirteenth-century Benedictine nun and visionary. The saint contracted a “mystical” marriage between her heart and that of Christ. During her visions she was commanded by Christ to shelter her heart within His side wound and to pay reverence to the Sacred Heart via the Eucharist.

It’s pretty heady stuff and you won’t be in the least surprised that a host of modern scholars have theorizsed that such devotions represent repressed sexual desire within medieval nunneries, longings which were romantically and erotically directed towards Christ and His welcoming wounds.

By the fifteenth century, a Mass and “Office”  (a sequence of prayers said by monastic and religious communities) in honour of Wounds were celebrated at monasteries and other greater churches, usually on Friday. Special spiritual privileges, including up to 30,000 years remission from the pains of Purgatory, could be accrued by their rigorous celebration. Veneration of Christ’s Wounds also had a strong popular dimension. Books of Hours, collections of prayers said by the laity in imitation of monks and nuns, often included a sequence of orisons in honour of the Wounds.

Veneration of the Wounds had its own iconography in art. This included holy heraldry consisting of a shield emblazoned with a depiction of Christ’s heart bleeding from a livid gash (made by the lance thrust through the side wound) and also His hands and feet pierced by nails. Special meaning was attached to each of the Five Wounds, the punctured and bleeding heart interpreted by theologians as “the well of everlasting life.” By the end of the Middle Ages, the heart was being depicted separately from the other wounds and with flowers growing from its top, a readily understood reference to possibility of eternal life afforded by Christ’s suffering and sacrifice.

John Billyng’s fifteenth-century prose poem on the Five Wounds was among the works of popular piety that used this image to encourage the faithful to contemplate Christ’s suffering for all humanity. Readers were exhorted to be more Christ-like in their daily lives, their hearts inflamed with His love.  Even after the passage of half a millennium these writings still have the power to move. “Why arte thou harde-herted?”, asks the bleeding Christ in an early sixteenth-century poem by Stephen Hawkes.

The title of Hawkes’s poem is “See Me/Kinde Be”. I’ll remember these words the next time I’m tempted to pass snooty aesthetic judgment on a depiction of the Sacred Heart. When you get to the heart of it, they’re intended to be images of love, inclusion and compassion – all too rare in today’s often hard-hearted world.

Catholic news Solemnity of the Sacred Heart of Jesus