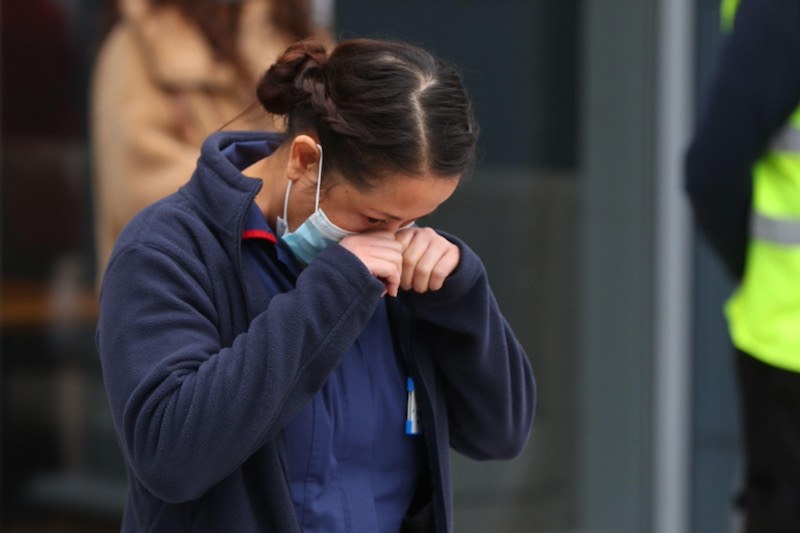 How end of life companions are helping the dying and bereaved 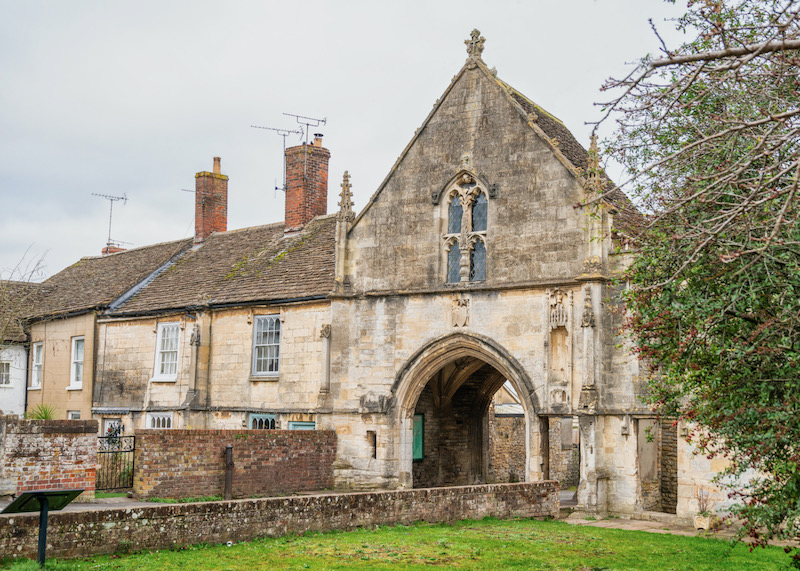 Kingswood Abbey Gateway is all that remains of this Cistercian abbey.
John Corry / Alamy

Not much survives of Kingswood Abbey, Gloucestershire, but what does, the largely intact gatehouse, is an absolute gem. Built in the fifteenth century, its numerous crockets and finials powerfully evoke the Middle Ages. Passing beneath its portals you’re momentarily transported back to the world of the white clad Cistercian monks who lived and prayed there between the twelfth and early sixteenth century.

As is so often the case with medieval architecture, the more you look, the more you see. Standing above the apex of the building is a weathered stone sculpture of Christ on the Cross. Beneath this is a large arched window. Its central stone shaft is carved with long-stemmed flowers standing in a pot. Immediately above this floral display is a male head with flowing hair and a luxurious beard. It’s tilted at an angle and gazes downwards to the right of the building’s central gateway and an empty niche which would originally have accommodated a statue, doubtless destroyed when the abbey was suppressed in 1538. But its expertly sculpted canopy survives and at its side is a rendering of a bird, its wings swept back in descent. A glance to the life side of the gateway is enough to identify fragments of a second, largely obliterated image niche.

As so many of you will already have worked out, what I’ve just described are fragments of a depiction of the Annunciation to the Virgin, the moment when the archangel Gabriel visited the Virgin Mary and told her she would miraculously conceive Christ. The celebration of its feast on 25 March provides the ideal excuse to analyse the complex iconography of the Annunciation in art, the insights this provides into the medieval mind, and why, like at Kingswood, you often find Annunciation scenes positioned close to gateways, portals, indeed openings of all kind.

The Annunciation has been depicted in Christian art from at least the fifth century. By the time the masons and sculptors got to work at Kingswood a thousand years later, its iconography had come to include several key elements: a depiction of the Virgin, usually shown in her chamber with an open book nearby, her hands raised in surprise or crossed across her chest in a gesture of humility; the archangel Gabriel, who is often depicted kneeling and carrying a sceptre around which is wrapped an inscribed scroll; a vase containing lilies; an image of God the Father, either His head or bust, and frequently in an upper corner of the scene; and, finally, the dove of the Holy Spirit. This English fifteenth-century alabaster sculpture is a classic example, so too the somewhat battered limestone relief from Fountains Abbey shown below.

The ultimate source for many of these details is the gospel of Luke, which recounts how God the Father sent the archangel Gabriel to Mary in Nazareth. The archangel greeted her with the words, “Hail Mary, full of Grace, the Lord is with thee” (“Ave Maria gratia plena dominus tecum” in Latin) and told her that she would conceive a child who would be called Jesus. Mary, startled by Gabriel’s appearance and puzzled by his greeting, asked how she could conceive as she was still a virgin. The archangel replied that the Holy Spirit would come to her from God the Father. The Virgin humbly consented to the will of God, therefore making possible Christ’s incarnation and the salvation of humanity.

The medieval imagination contributed the rest. The gospel account of the Annunciation mentions the angel “being come in” to the Virgin. For this reason, by the late Middle Ages, the scene is usually depicted as occurring within an interior, usually a comfortably furnished middle class home of a type familiar to any well-heeled fifteenth-century patron, as in this exquisite panel painting by Rogier van der Weyden.

From the eleventh century onwards, it became usual for Annunciation scenes to show the Virgin with an open book. Originally this was intended to represent the Psalter, which was widely read by pious individuals during their private devotions. However, by the mid-thirteenth century a tradition had been established that Gabriel disturbed the Virgin while she was reading a text in the Old Testament, “behold a virgin shall conceive and bear a son” (Isaiah 7:14) which prophesied the virgin birth.

Lilies were the Virgin’s foremost symbol, or attribute in art, and were interpreted by medieval theologians as a reference to her purity. St Bernard of Clairvaux, the great twelfth-century theologian and Cistercian abbot, related all episodes of Christ’s life to the lily, the flower of paradise and symbol of life and light. The late medieval “best seller,” the Golden Legend (Legenda aurea), a collection of saints’ lives, quoted St Bernard’s discourse on the significance of lilies: “Nazareth means ‘flower’; hence Bernard says that the Flower willed to be born of a flower, in ‘Flower’, in the season of flowers.” The latter was, of course, spring which by 25 March was starting to come into blossom even in the frigid climes of northern Europe.

Depictions of Gabriel were also influenced by late medieval theological texts, such as the Meditationes vitæ Christi, the work of a thirteenth-century Italian friar. In the early fifteenth century, Nicholas Love, a Carthusian monk at Mount Grace Priory, North Yorkshire, made an English translation of this work, describing how, “Gabriel then entred in to maryes chamber…knelinge with  deuocion”.

As I said at the beginning of this piece, depictions of the Annunciation were frequently positioned close to portals and other openings. A classic example is the sculpture above the doorway of the abbot’s lodging at Rievaulx Abbey. A ready explanation for this was provided by Nicholas Love, according to whom the gates of heaven, closed by the sinfulness of Eve at the Fall, were reopened by the Virgin’s humility and obedience at the Annunciation. The Virgin became the new Eve (the Latin “Ave”, or “Hail” would was even understood as a pun on this theological concept).

It’s therefore fitting that monastic gatehouses were allegorised as portals to the Heavenly Jerusalem, abbeys and priories little glimpses of heaven here on earth, a paradise still evoked by the sculptures at Kingswood and Rievaulx.