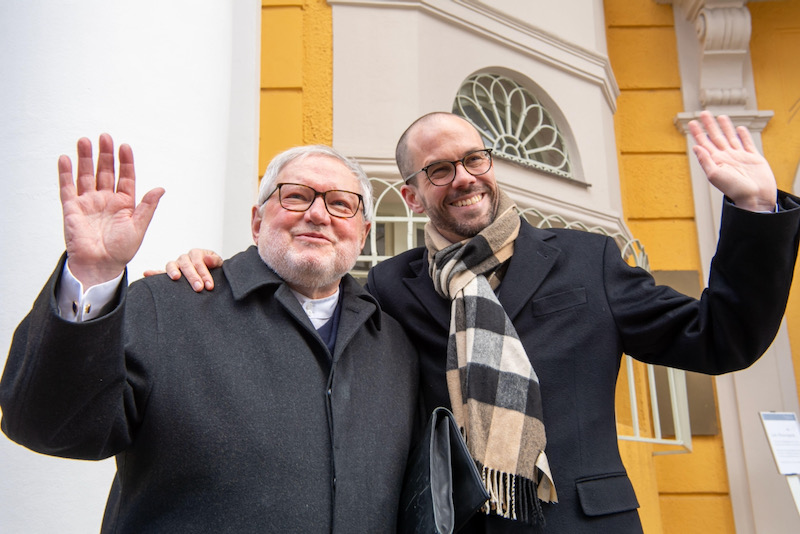 Same-sex blessings and the CDF – how to recognise a tantrum 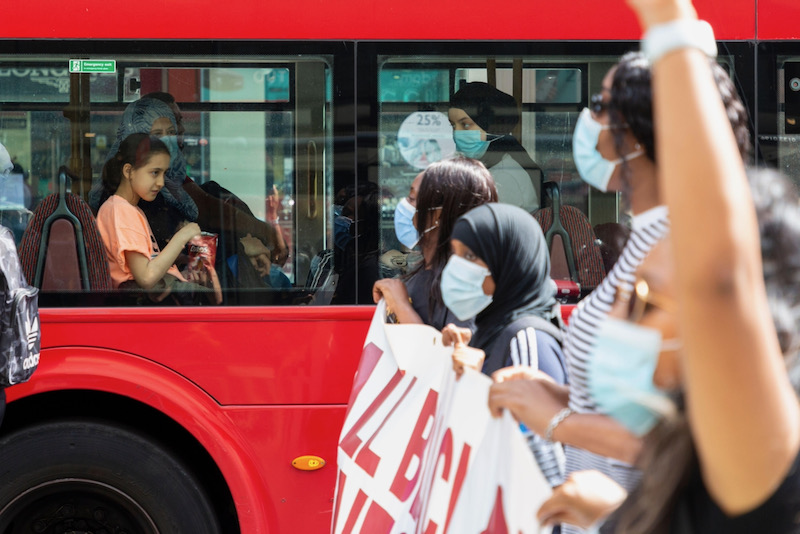 The following article is the winner in Britain of the Columban Schools Competition, “End Racism”.  The writer, Kashaf Zahid, is a 15-year-old pupil at Gumley House Convent School in Isleworth, West London. 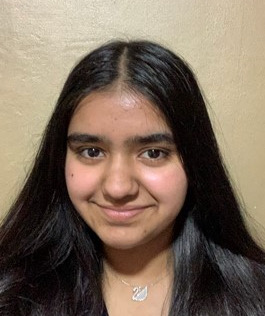 My sister was sitting on the seat in front of mine, in a double decker bus. The bus is known for its distinctive red colour, which to some may represent a well-known feature of London but is a different story for not only my family, but also for other ethnic minority citizens all over the UK. She sat patiently, while a stranger was hurling racist abuse at her. According to the TUC, one in three BAME (Black, Asian, or Minority Ethnic) people had faced racial abuse on public transport in the UK.

My mother was out shopping during the earlier stages of the pandemic. Wanting to keep herself and others safe, she wore a face mask, kept a sanitiser on hand, and was cautious with what she was in contact with. She was refused entry to a shop, despite not having symptoms or needing to isolate. When demanding a reason for their actions, she was told: “You are part of the BAME community, you're more likely to have Covid-19.”

During lockdown, many articles appeared claiming that majority of cases are in the BAME community due to cramped multi-generation households. This went on to cause xenophobia, especially in less diverse areas of the UK. The pandemic itself caused a lot of fear, but a xenophobic fear. Originating from China, many Asians were and still are subject to racism in the form of abuse, jokes and much more. This is only the beginning of seeing into our world filled with prejudice and racism. I wonder how the world would be with no prejudice.

Recent movements and campaigns, such as the Black Lives Matter movement across the world, has shown a start of change to problems existing for centuries. This makes us wonder, if God has made us all equal, in the image of God, why does humanity categorise itself? Why are some races superior and others inferior? Why do some religious groups go against their beliefs by imposing fake prejudiced information on their followers? Scientifically speaking, Carl Linnaeus did not make a classification for humans based on race, so why do we do this?

Most of our 7.8 billion population would like to have a world without racism, but how can this be done? It would be a dream, some may even think it's inaccessible, but it can be done with the right education and right action. Feeling unsafe in a developed country where I was born does not feel right. In fact, wherever you are from or wherever you live should be a place of comfort, a place in our hearts. Charity and kindness to me is not only a main principle of my religion, but also something I like to live by. One of my favourite Hadiths, a narrative from the Prophet Muhammad, is: “O people, your Lord is one and your father Adam is one. There is no favour of an Arab over a foreigner, nor a foreigner over an Arab, and neither white skin over black skin, nor black skin over white skin, except by righteousness. Have I not delivered the message?” It shows that religion is against prejudice of any kind, and that God wants a world under the stewardship of people who do not care about power and money, but instead those who care about everyone, no matter what religion or race.

A story from the Bible, which my teacher introduced me to, clearly shows this message. The story of Ruth and Naomi from the Old Testament is a story of a lady, Naomi, and her two widowed daughters-in-law, Ruth and Orpah. In this melancholic time of losing her two sons, she instructs Ruth and Orpah to return to their tribes. Orpah follows her instructions, whilst Ruth shows an unlikely loyalty and wants to stay with her mother-in-law. “Where you go, I will go; where you lodge, I will lodge; your people shall be my people, and your God my God. Where you die, I will die – there will I be buried.” (Ruth 1:16-17). I interpret this as despite their differences and being from different tribes, she wants to stay with her because of love, and nothing can be done to separate them. This reflects the idea of a world without racism, because love has trumped all other factors.

Human dignity, a theme of Catholic Social Teaching, shows that every being has value. Following, this idea God's plan of world peace can only start to take shape once us humans realise what our role is. Mother Theresa is a fine example of someone who showed dignity and excellence in all she did, but mostly her unconditional love for everyone despite who they were.

The next question is, what can be done to unite all stewards of our common home, the Earth? Racism, and other types of prejudice, start from ignorance, miseducation, and influence. This can be from an early age, or from life experiences. Whatever way it has been imposed, is utterly wrong, but can be changed for good. A small act of kindness can change our perspectives. Deciding to be fair can make someone's day. Choosing not to hate may inspire others to follow your ambition of wanting change, of wanting a world without racism. This journey to a world of love will not be smooth, un-supportiveness will be prominent, and this movement will not be taken seriously, but, remember, one good deed turns into a hundred and God will be by your side.

Altogether, we can create a world without racism.